Devin Duvernay's first touchdown came on a kickoff return in the second quarter against the Kansas City Chiefs. 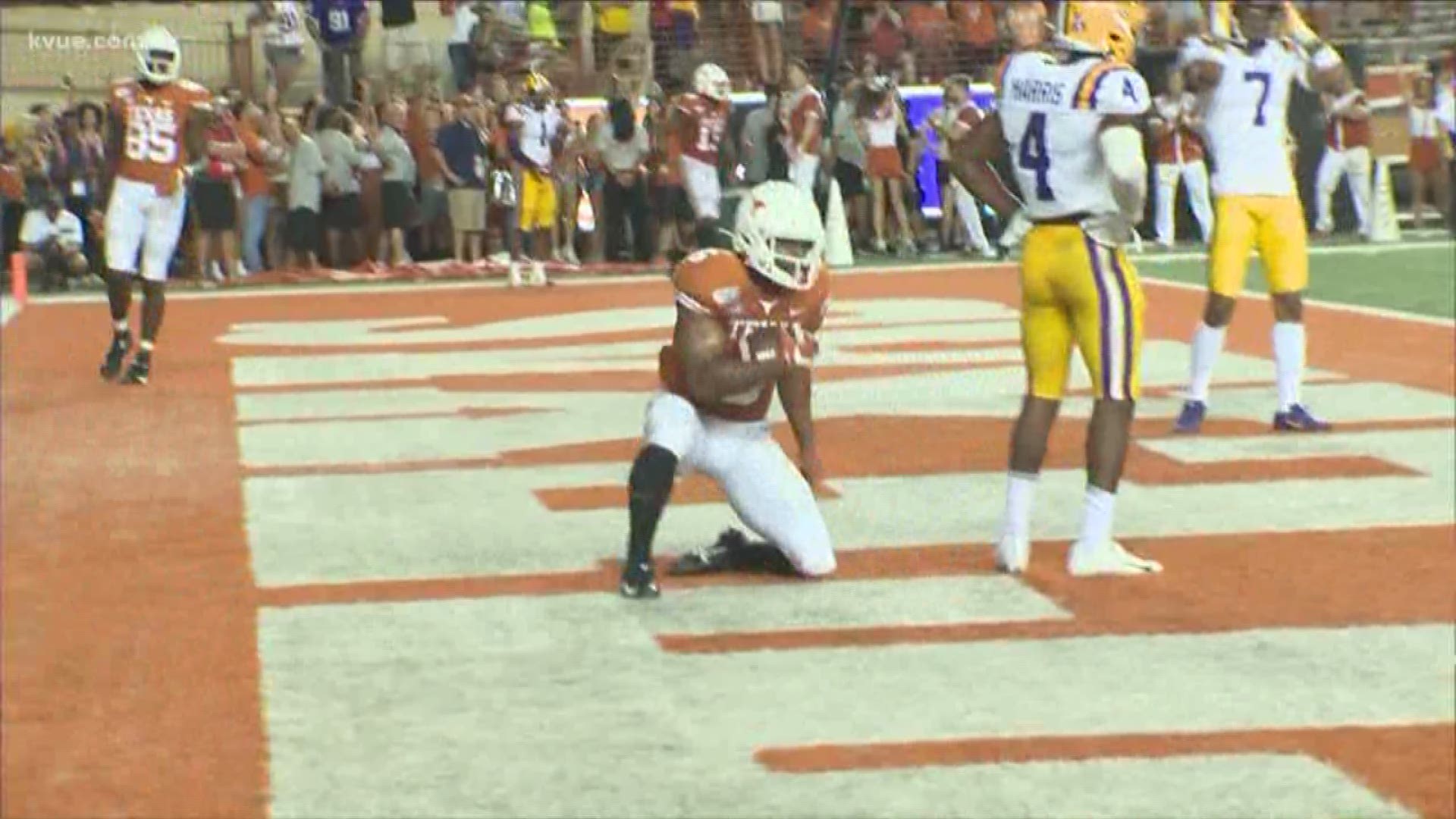 At the beginning of the second quarter, the Kansas City Chiefs had just scored a touchdown and were kicking off the ball back to the Baltimore Ravens.

That's when Duvernay had his moment and scored his first NFL touchdown of his career. The Ravens rookie wide receiver fielded the kickoff and zoomed down the Chiefs sideline 93 yards for the score. Duvernay's touchdown narrowed the Ravens deficit to 13-10 at the time.

The Ravens ultimately lost the game 34-20, but Duvernay made his mark.

Duvernay's touchdown was the NFL's first kickoff return touchdown of the 2020 season.

His first career NFL touchdown, first kick return for a touchdown in the NFL this year.pic.twitter.com/J1Bqt2pKjq

Duvernay was drafted by the Baltimore Ravens in the third round of the 2020 NFL Draft. KVUE profiled Duvernay during the draft process. You can read his NFL Draft profile here.

The former Longhorns wide receiver led the NCAA in receiving much of his senior season – racking up 106 catches or 1,341 yards and nine touchdowns, which is the second-most in University of Texas history.

After Duvernay's touchdown, many of his former UT teammates and other alumni took to Twitter to congratulate him on his first NFL touchdown.

"It's so awesome," Ehlinger said. "Just so happy for Devin. Incredible guy. To see him make plays on Monday Night Football like that is very, very cool considering he was with us last year at this time."