What do Pittsburgh Steelers fans and Dallas Cowboys fans have in common? Right now, a lot. 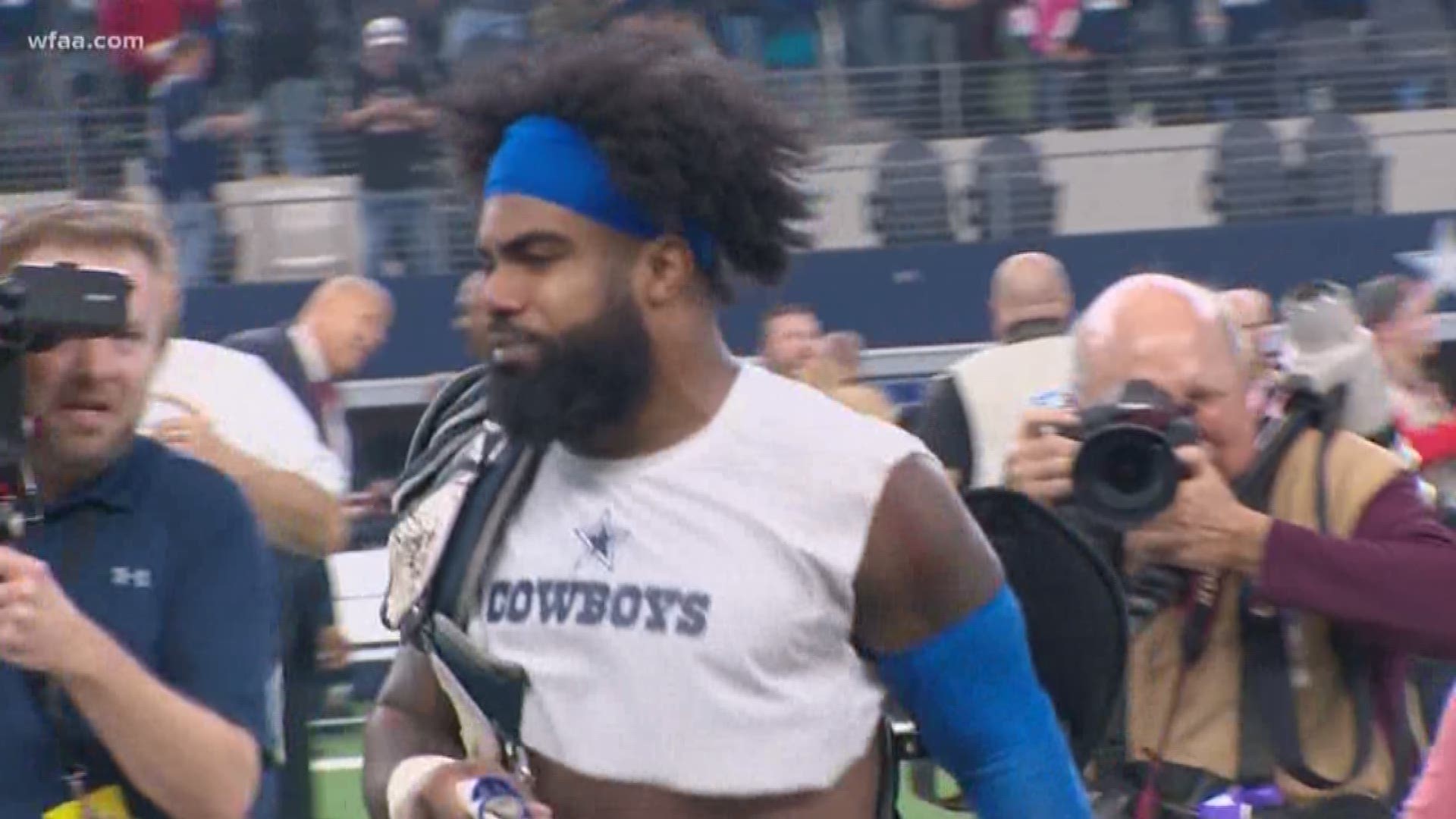 DALLAS, Texas — The Dallas Cowboys kick-off training camp on Saturday and, for the moment, it appears the team will be hitting the field without beloved running back Ezekiel Elliott.

Elliott has not reported to training camp yet, and is officially 'late' per Cowboys Owner Jerry Jones.

The 24-year-old reportedly wants a new contract from the team. One that could make him the highest-paid running back in the league.

But his absence is a pretty strong indicator of a holdout, meaning Elliott likely won't lace up his cleats until he gets paid.

However, star quarterback Dak Prescott and receiver Amari Cooper don't even have new deals done yet, and their contracts expire before Elliott's.

So, Cowboys Nation is on the edge of its seat. Will Jones pay Zeke? Trade him? Wait it out?

In the meantime, Steelers fans in Dallas are looking on with a smile saying, "Been there, survived that."

Those grins can be found at Malarkey's Tavern in Dallas. It's an Irish pub that hosts Steelers games every Sunday during the NFL season.

The bar's pierogis and Irish tacos (made with sirloin steak, gravy and mashed potatoes) are also a delicious reason to visit (look I know that's a shameless plug, but they gave me some for free).

"Dallas' running back situation is very similar to what Pittsburgh went through last year,"  Martin said. "And Steelers fans didn't like it."

Martin is talking about the Steelers' former star running back, Leveon Bell.

Bell abruptly sat out the season last year over a contract dispute with the team.

As Bell held out, Martin remembers fans holding out hope for his return and then getting discouraged when they realized Bell wasn't coming back.

"The fans were using every word in the book to describe the Steelers and what Leveon was doing," Martin said.

But then, Martin said, things weren't so bad.

You see, the Steelers have a top 5 offensive line and backup running back James Connor shined in Bell's absence.

The result spelled out a tough reality for running backs now in the NFL... teams can survive with backs who aren't superstars, especially if they're running behind a good offensive line.

Don't believe that? Watch the Patriots.

And even though Malarkey's is Steelers country, it's often filled with a lot of Cowboys fans.

If the worst-case scenario is Elliott not showing up by week 1, then Martin's doing a great job to spread the message, "Don't panic."

Because guess who also has a great offensive line?

"For a team that loses the running back, you always think that the world is going to end," Martin said.

"But there always seems to be a good replacement that comes in when you have a great system in place, a great offensive line."

He first felt panic when he heard about Elliott's holdout. But he's been listening to Martin's advice from behind the bar and said Elliott not reporting isn't an end of the world situation for the team.

"Zeke has been our number 1 threat," Redd said. "That's our number one dude, he's our guy."

"But if we didn't have Zeke, we would probably be ok."

We'll see, Cody. Because, right now, it appears the only thing Zeke wants to be fed is cash.