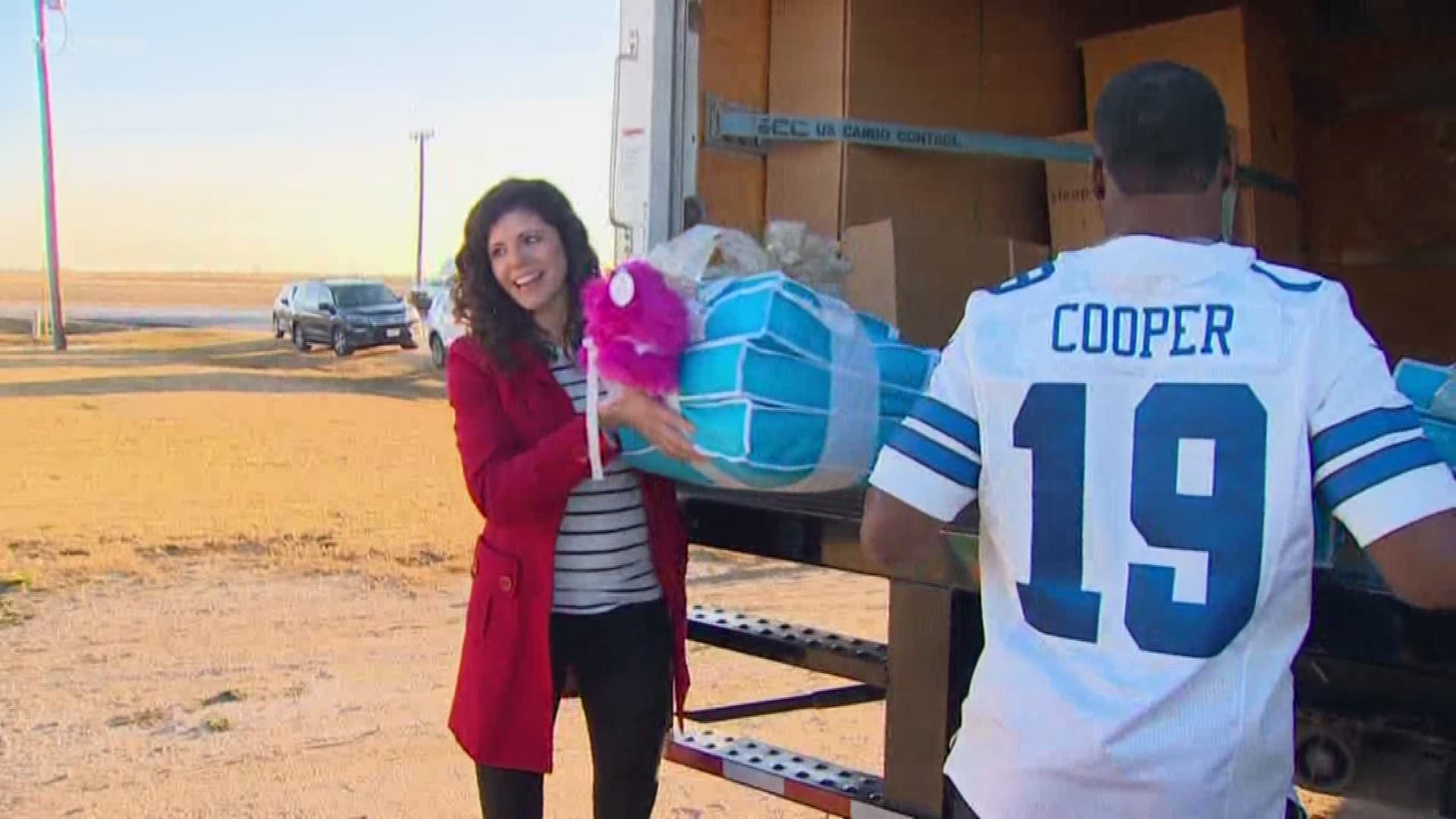 DALLAS — Last year, the Dallas Cowboys went into the season with more receivers on the active roster than the average team and this year could very well end up being the same but perhaps for different reasons than expected.

The 2018 Cowboys fronted a lot of options at the receiver position almost out of necessity as they tried to transition away from a unit lead by a top target in Dez Bryant to one designed to function more with the volume of receptions spread around.

That WR-by-committee approach didn't quite go as planned and Dallas reversed course mid-year by trading their first round draft pick to the Oakland Raiders for an elite WR1 in Amari Cooper.

The turnover at the position continued into this offseason as Dallas released Terrance Williams and watched as longtime slot option Cole Beasley signed with the Buffalo Bills in free agency.

Dallas hasn't sat idly by, however. They've made a few moves to bolster the unit this spring which could end up giving them another large group of receivers come September. The names will be different this time around but the hope is that they will be offering quality and not just quantity.

While Cooper was part of the group that made a push to get into the playoffs, he wasn’t in their initial plans and, with Beasley and Williams out, the Cowboys' makeover at receiver needed another playmaker which is why Dallas brought in former Packer Randall Cobb.

So is the wide receiver room getting too crowded to consider making a play in the draft for another young gun?

Lance Lenoir and Devin Smith are both on futures contracts so they aren’t guaranteed anything beyond training camp.

The Cowboys picked up the option for Hurns and have Cooper’s, Austin’s and Cobb’s deals expiring following the 2019 season if no extension is given. So, with that in mind, it shouldn’t be a done deal thinking that drafting another pass catcher is out of the question.

The Cowboys are more set at the position than they were a few days ago but there's still room for a long term option and there are no guarantees that by the time camp breaks a few of these names aren’t scratched off the list.

Also to consider, taking a look at the names who could occupy spots on the active roster, a few of them have durability concerns and as Chief Operating Officer Stephen Jones has often said “the best ability is availability.”

The only two players on the list who didn’t miss any time – with the exception of Lance Lenoir who suited up for just eight games for Dallas in 2018 – were Cooper and Gallup. Given their availability or lack thereof, no receiver should be a lock or prevent the Cowboys from addressing the position.

That said, there are currently more pressing needs given the amount of bodies already occupying the position. The Cowboys still have concerns among what was supposed to be their greatest strength with the offensive line. Also, what are they doing with the long term viability at the tight end position and running back behind Ezekiel Elliott? Is the backup QB on the roster right now? Those are just the concerns on the offensive side of the ball.

Defensively, the Cowboys are in dire need of pass rushers and secondary help. That might be where the Cowboys look with their first selection of the NFL Draft. Given their activity this offseason, the team felt as though wide receiver, tight end, pass rusher and safety were areas of emphasis this year.

The great thing about each of those positions is that they have quality depth in the draft, so if they don’t sign one or want to double dip at the position, it can be done.

One shouldn’t expect for the Cowboys to make wide receiver their top priority with what they have done so far, but don’t rule out the team bringing in another playmaker and creating a huge competition throughout camp.

Do you think that the Cowboys should be done looking to add receivers or is there still work to be done? Share your thoughts on the subject with Patrick on Twitter @DraftCowboys.