Patrick Surtain II vs Jaycee Horn: Which CB makes most sense for Cowboys

The Dallas Cowboys are linked to cornerbacks with NFL pedigrees ahead of the draft and they could be in position to land one with their first round pick. 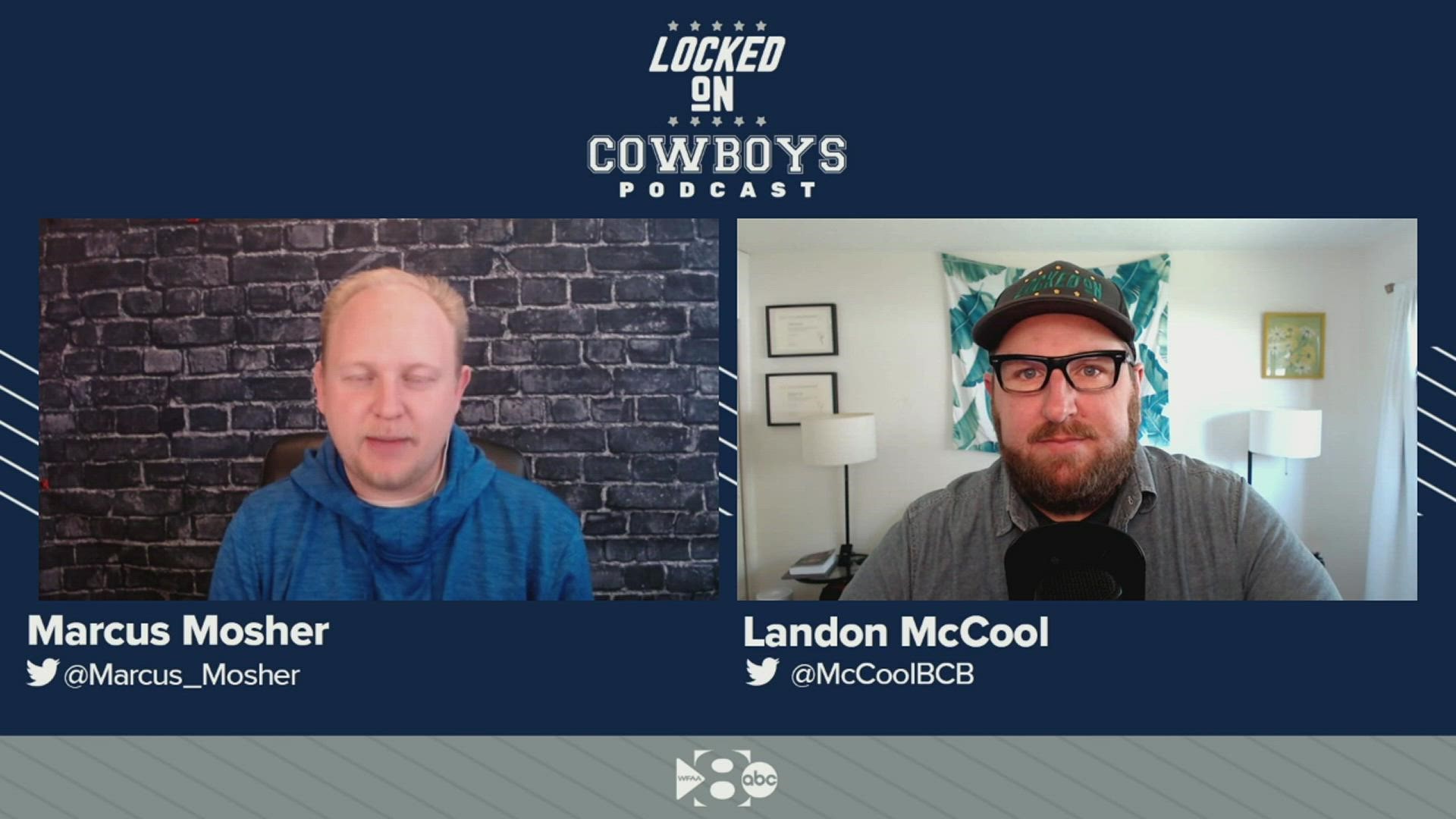 DALLAS — With the 2021 NFL draft less than a week away, teams are starting to narrow down their best options. In the case of the Dallas Cowboys, it’s no secret that they need to improve the defense and two of their top options might be cornerbacks Patrick Surtain II out of Alabama and Jaycee Horn from South Carolina.

Ironically, both corners are sons of former NFL players. Surtain II’s dad, Patrick Sr., played CB for the Miami Dolphins and Kansas City Chiefs. He was a three-time Pro Bowl corner who was considered one of the best in the game during the peak of his career from 2002-2004.

Horn’s father, Joe Horn, was a wide receiver who played for three teams from 1996-2007. However, his best years were with the New Orleans Saints, where he was a four-time Pro Bowl wide out. Horn is perhaps best known for using a cell phone as a prop following a touchdown in 2003 to usher in an era of celebration policing in the NFL.

Both Surtain II and Horn would be welcomed additions to the Dallas defense and, according to sources, the team might be making a decision between the two when they’re on the clock with the 10th pick of the first round.

I think the #Cowboys pick at No. 10 comes down to Surtain or Horn.

And I wouldn't be surprised if either is the pick. There will be voices in that war room pushing for both players. https://t.co/ALqDRluDCM

It’s not surprising that Horn or Surtain II might wind up being the choice for the Cowboys and the “voices” pushing for either player will be the coaches and scouts. The big question is, who wins out?

Will the coaches get their guy to teach and mold every day, or do the scouts who put in lengthy time and effort into studying these solid corners get their man?

No matter who the Cowboys select, should they opt for one of the corners, the team is hopeful that they’ll be getting a big piece to their defensive puzzle. Dallas’ defense needs a major improvement off of last year’s results and both CBs can help. The ultimate question might just be which player they prefer.

BBroadus dropping the insight that Cowboys scouts like Surtain over Horn; Coaches are Horn over Surtain. Let’s see who has the largest stick in the room on Thursday.

Both players are in the Cowboys’ wheelhouse as far as size. Surtain II stands at 6-2, 208 lbs and Horn is 6-1, 205 lbs. The Cowboys want tall, lengthy corners and both players fit the bill. It’s also important to the franchise that both played in the SEC. Dallas covets prospects who played in ultra-competitive conferences, especially in their early round picks.

Horn is known as more of a physical CB who has good closing speed and has that dominant personality you look for in an elite player. He may get beat, but Horn won’t let that affect the rest of his game as he plays with confidence.

However, the three-year starter for the Gamecocks does have some flaws. Horn has trouble reading route combinations and can be too physical with receivers. Horn will need an adjustment period to avoid penalties in the NFL.

Horn could be a boom or bust CB, but there are some who believe that he’s the best prospect in the draft at the position. However, he will need some refining. Drafting Horn would feel a little bit like drafting another Trevon Diggs, who the Cowboys selected in the second round last year.

Surtain II is thought of as a safer option. Playing with great technique, Surtain II mirrors his receiver’s movements and has elite coverage skills. He also has great athleticism and is scheme-proficient, so he can play in Cover 3 or man-to-man coverages.

While starting 38 games for the Crimson Tide, Surtain II, who played as a true freshman and helped guide Alabama to a National Championship last season, could team up with former teammate Diggs again to bring some continuity to the secondary. One scout also compared Surtain II to Los Angeles Rams star CB Jalen Ramsey.

Neither CB was a ballhawk in college, but that could be because opposing offenses stay away from the top corners. Horn had just two interceptions throughout his college career, while Surtain II came up with four picks, respectively.

The Cowboys could have their pick of either CB when it’s their turn to select. Surtain II feels like the safer option, with the higher floor, which could be attractive in the short term, but Horn might wind up being the better player over the long haul.

Both players would help a defense sorely lacking talent, it just depends on what flavor of player the Cowboys want. Are they trusting their scouts, or do they go with the coach’s choice?

If the Cowboys select a cornerback in the first round of the NFL Draft, which one do you hope they take? Share your thoughts with Ben on Twitter @BenGrimaldi.