Is the run game the secret to fixing the Cowboys' red zone woes? 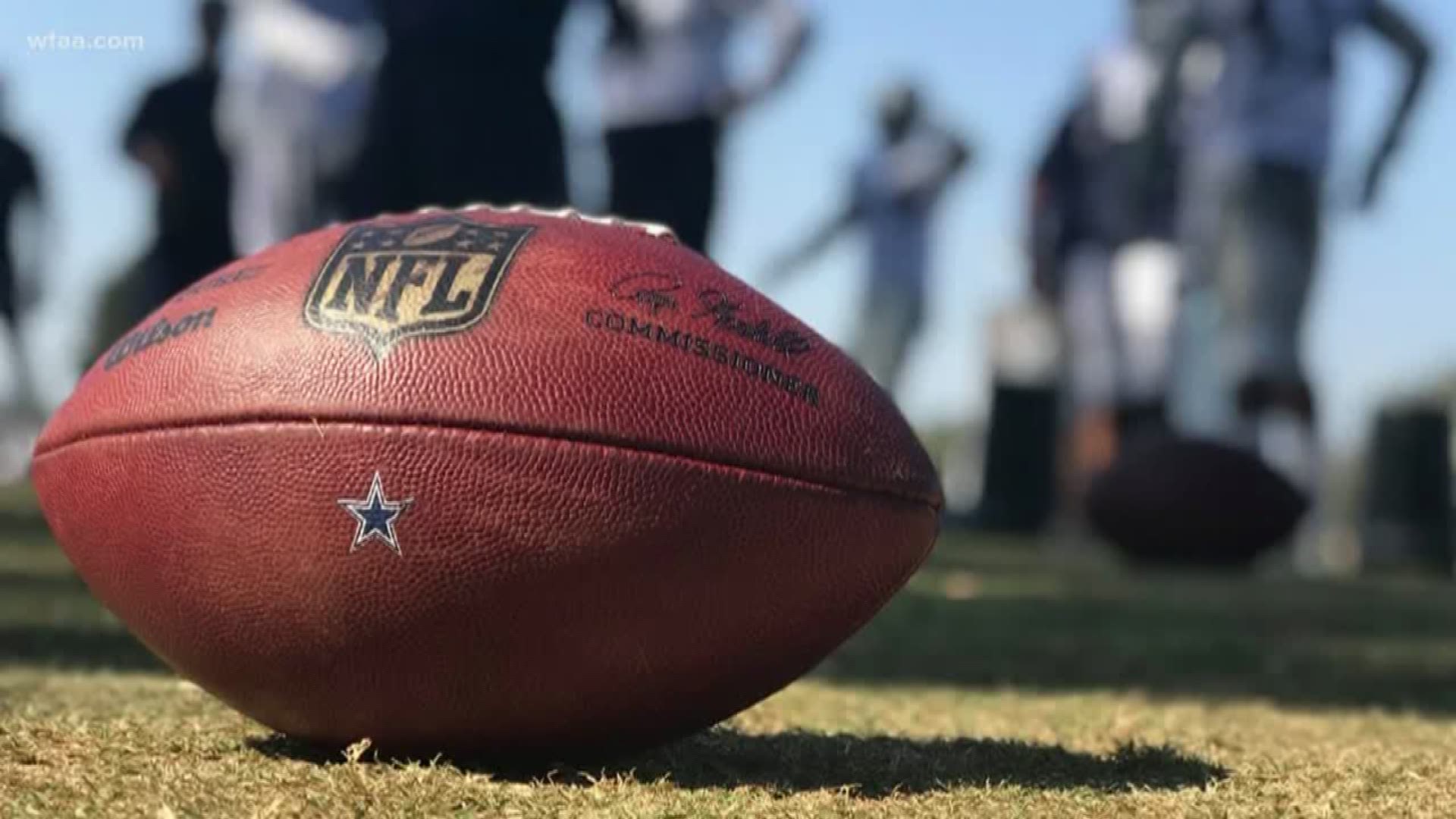 DALLAS — The Dallas Cowboys finished in the bottom-10 in red zone efficiency, and coach Jason Garrett believes problems running the football inside the 20-yard line were mostly to blame.

Dallas had the fourth-lowest red zone conversion rate in the NFL at 48.0%. The Houston Texans were tied with the New York Giants for the fifth-lowest at 50.0%. However, the two Texas NFL teams were the only clubs in the bottom-10 to make the playoffs, and neither made it beyond the divisional round.

"We’ve always believed that balance matters," Garrett told reporters Thursday in Oxnard, Calif. "I think a team that can run the ball but also make the plays necessary in the passing game, if you can run the ball effectively down there, typically you can create better match-ups."

The rushing statistics were also pedestrian for the Cowboys last season. Running back Ezekiel Elliott had five rushing touchdowns inside the 20-yard line, three inside the 10-yard line, and two inside the 5-yard line. On the year, the All-Pro rusher finished with six rushing touchdowns, the fewest for a NFL rushing champion since 1982 when the New York Jets' Freeman McNeil produced the same total in a strike-shortened season.

In 2016, the last time Elliott won the NFL rushing title, Elliott had the third-most red zone rushing touchdowns in the NFL with 12. From the 10-yard line on in, Elliott produced 10 (fourth-most), and collected five scores from the 5-yard line or closer, the sixth-most in the NFL. Dallas finished the season with a 66.7% red zone conversion rate, good for the third-best in the league. There were three other playoff teams, including two eventual Super Bowl participants in the Atlanta Falcons and New England Patriots, that joined them.

Said Garrett: "It’s always a point of emphasis on both sides of the ball. The only stat that matters is winning, and the way you measure winning is points. You want to be great there. You want to be really productive scoring points every time down. Obviously you want to score more touchdowns than kick field goals. That’s something that we continue to try to emphasize on both sides of the ball."

The Cowboys will need to turn over every stone to figure out how to improve scoring. 14 of the Cowboys' 18 games last season, including the playoffs, were decided by eight points or fewer. Dallas came away with a 10-4 record, but with the margin of error being so thin in the NFL, developing any further edge bolsters existing advantages or cancels out any misfortune that strikes.

"We have evaluated and analyzed everything we did last year and the last number of years and obviously try to put the best plan together and put the players in the right spots and just keep working that," said Garrett. "Hopefully we get better and better."

Do you think the Cowboys can improve in the red zone in 2019? Share your thoughts with Mark about the offense on Twitter @therealmarklane.