We need to put Zeke in a bubble! 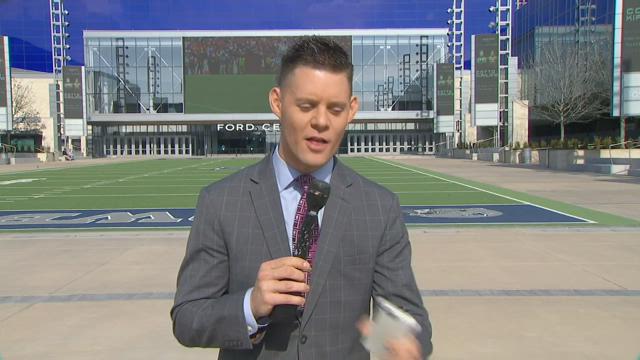 We need to put Zeke in a bubble!

Police confirm the Dallas Cowboys' star running back Ezekiel Elliott was involved in a minor car crash near the team's practice facility in Frisco.

No injuries were reported. Elliott tweeted later Wednesday morning that he was okay, noting that he's "been in bigger collisions."

"We can confirm that Ezekiel Elliott was involved in a minor vehicle crash this morning in the area of Dallas Parkway and Gaylord Parkway," FPD said in a statement.

No other details about the crash have been released, but WFAA sports reporter Mike Leslie called it a "minor rear-ending."

Zeke's accident, however, was nothing like that. Minor rear-ending. All parties are fine. All is well.

Thank goodness the rookie wasn't injured, as he'll be needed when the Cowboys take on the Green Bay Packers in this Sunday's NFC Divisional round playoff game.

Zeke rushed for 157 yards in Dallas' Week 6 matchup with Green Bay. He led the NFL in rushing yards this season, with 1,631 -- over 300 more than the second-place finisher.

One awesome photo from each Cowboys game in 2016