Cowboys survive in overtime to beat the Patriots 35-29

Penalties and turnovers mounted for the Cowboys in the first half, but they were able to stay afloat in the second half and overtime to get the win.

FOXBOROUGH, Mass. — What a roller coaster of emotions!

Dallas hadn’t won at New England since 1987 and was 0-5 against Belichick. The Cowboys have won five straight, their longest winning streak since 2016.

The Cowboys led 17-14 entering the fourth quarter, and that’s when the fun began.

The teams traded five scores in the period, three in the final 2 1/2 minutes.

Trevon Diggs returned an interception for a touchdown, Mac Jones responded with a 75-yard touchdown pass, and Dallas tied it with a field goal before winning in OT.

Diggs' interception was his seventh of the season, giving him at least one in each game this season.

However, Prescott's two turnovers came at the worst times -- in the red zone. His fumble came as he tried to reach into the end zone at the goal-line, but a Patriots player knocked the ball out of his hands before it crossed over.

The Cowboys are now 5-1 on the season heading into their bye week. They have a comfortable lead in the NFC East, with Washington and Philadelphia at 2-4 each. 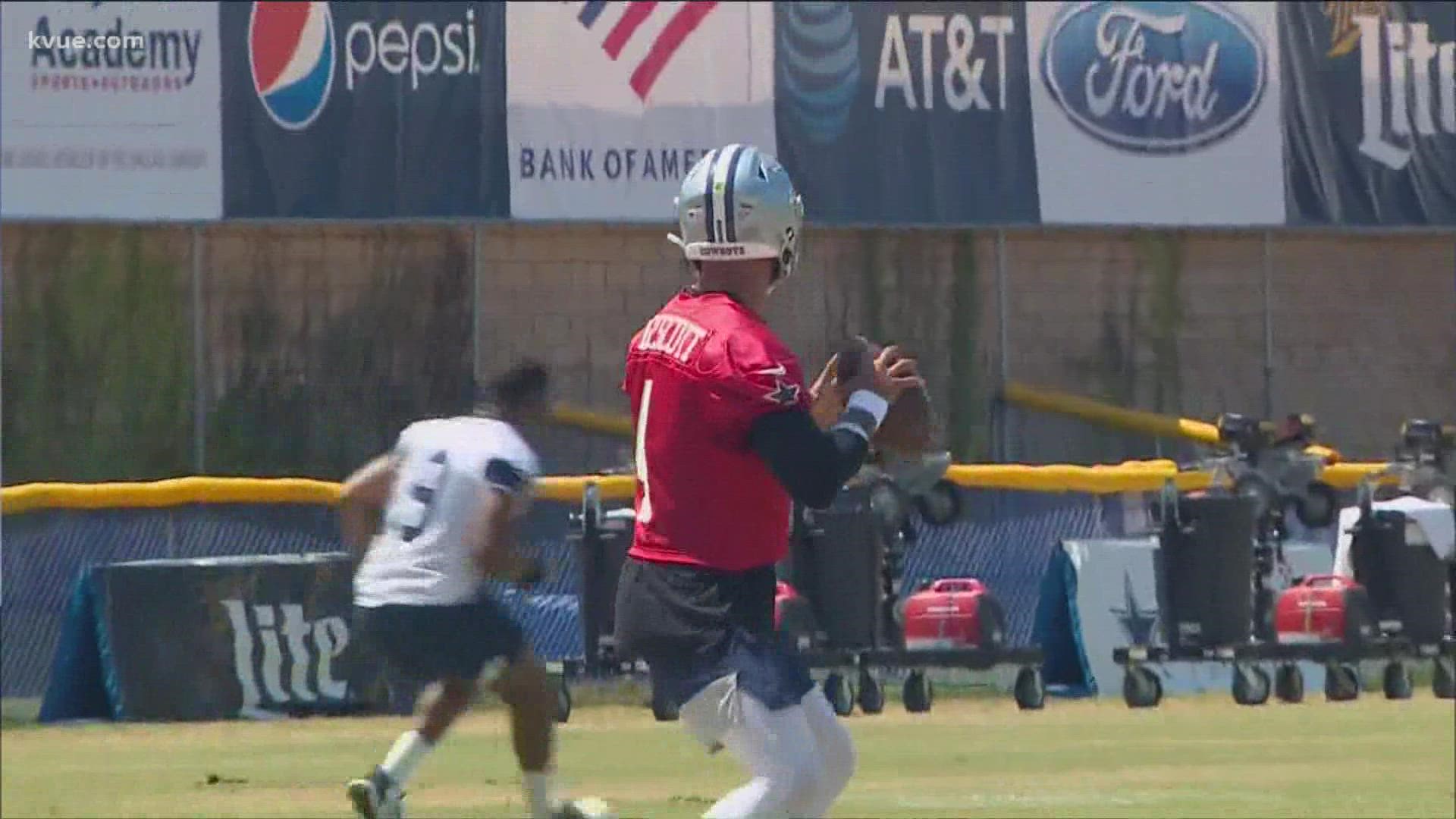