The Super Bowl champs will begin practice on July 25. 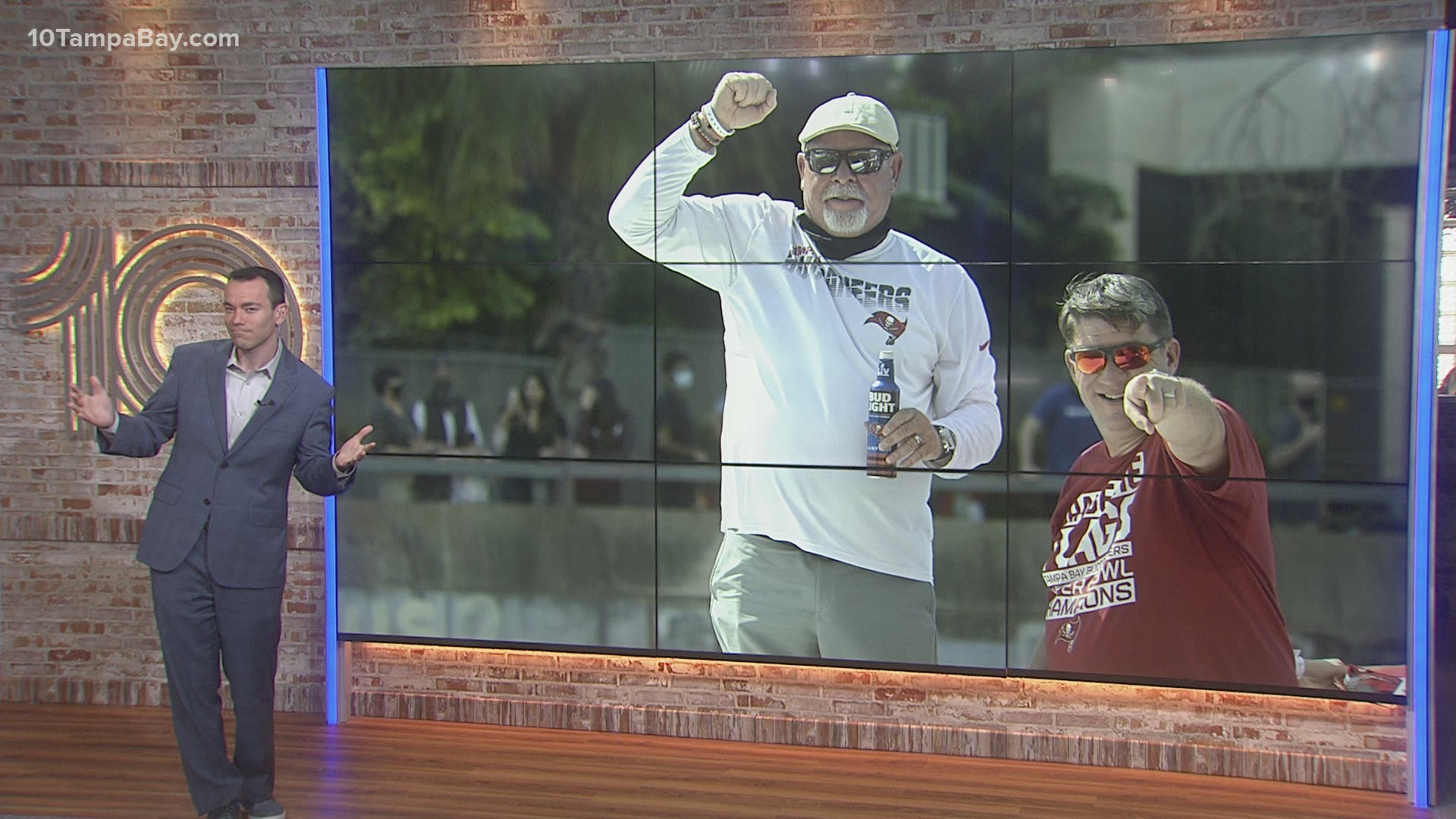 TAMPA, Fla. — The Buccaneers are gearing up for another winning season.

A limited number of fans can come cheer on the Super Bowl LV champs at the AdventHealth Training Center; but due to continuing health and safety protocols, access will be limited to season pass members, luxury suite owners, Stadium Club members, premium seat holders and sponsors.

If you fall into one of those categories, you can get digital tickets through Ticketmaster for $5. Sales will benefit the Tampa Bay Buccaneers Foundation.

If you don't have a chance to catch the team in person, you can view the beginning of each day's practice on Training Camp Live, which can be viewed on the Buccaneers website, YouTube channel, Facebook page and through the Buccaneers app.

“With the return of fans to training camp and a sold-out crowd for the upcoming season at Raymond James Stadium, the excitement surrounding Buccaneers football is stronger than ever. The energy that the fans bring to our team creates a special atmosphere that our players feed off of and we can’t wait to see that passion on display once again," Buccaneers Chief Operating Officer Brian Ford said.

The Bucs will also host joint practices with the Tennessee Titans on Tuesday, Aug. 17, and Wednesday, August 18.

We'll open training camp July 25 and are set to have 16 workouts in front of Krewe Members and other special groups.

Check out the full training camp practice schedule below.