Despite appearing to play a role in escalating the brawl, Mason Rudolph has not been suspended. 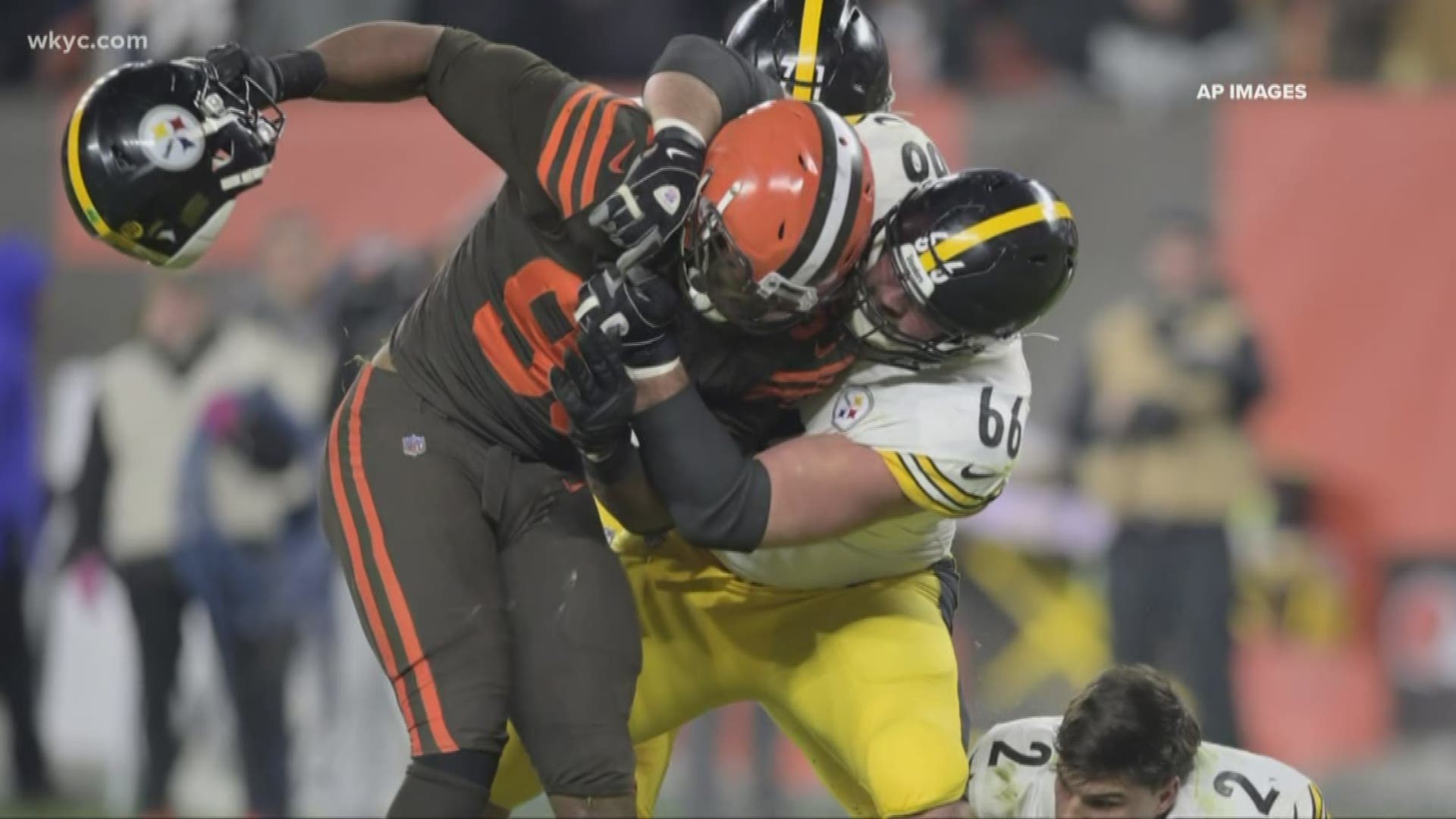 FAIRVIEW PARK, Ohio — It's been the talk of the NFL (and the country) these last few days: The moment Browns defensive end Myles Garrett hit the Pittsburgh Steelers' Mason Rudolph over the head with the quarterback's own helmet.

The melee has been replayed hundreds of times, and stained Cleveland's 21-7 win over Pittsburgh on Thursday Night Football. Garrett later apologized for his actions and has been suspended for at least the rest of the season, while Steelers center Maurkice Pouncey will be forced to sit for three game and Browns defensive tackle Larry Ogunjobi for one.

Yet many Browns fans as well as others are still pointing the finger at an additional culprit: Mason Rudolph. Although he was on the receiving end of Garrett's blow, video also showed the QB trying to rip Garrett's own helmet off first and even kicking and lunging at the lineman beforehand.

Scores of Clevelanders have expressed their outrage, believing that while Garrett was wrong to use the helmet as a weapon Rudolph should miss at least some time as well due to his role in escalating the brawl. At least one person has made their feelings known with a bit of a holiday twist.

A photo posted on Facebook from Jessie Burchfield shows a group of letter-labeled Christmas stockings hung up at the Target in Fairview Park. However, she arranged them to read, "Mason R. started it." And take particular note of the "G" stocking on the floor.

It is surely a funny chapter in what hasn't always been a good situation for the Browns or the NFL. Unfortunately, we're not sure it will make Roger Goodell change his mind.