'You understand that, Mr. President': Brady jokes with Biden about people not thinking they won

The seven-time Super Bowl champion definitely dropped the mic during his speech. 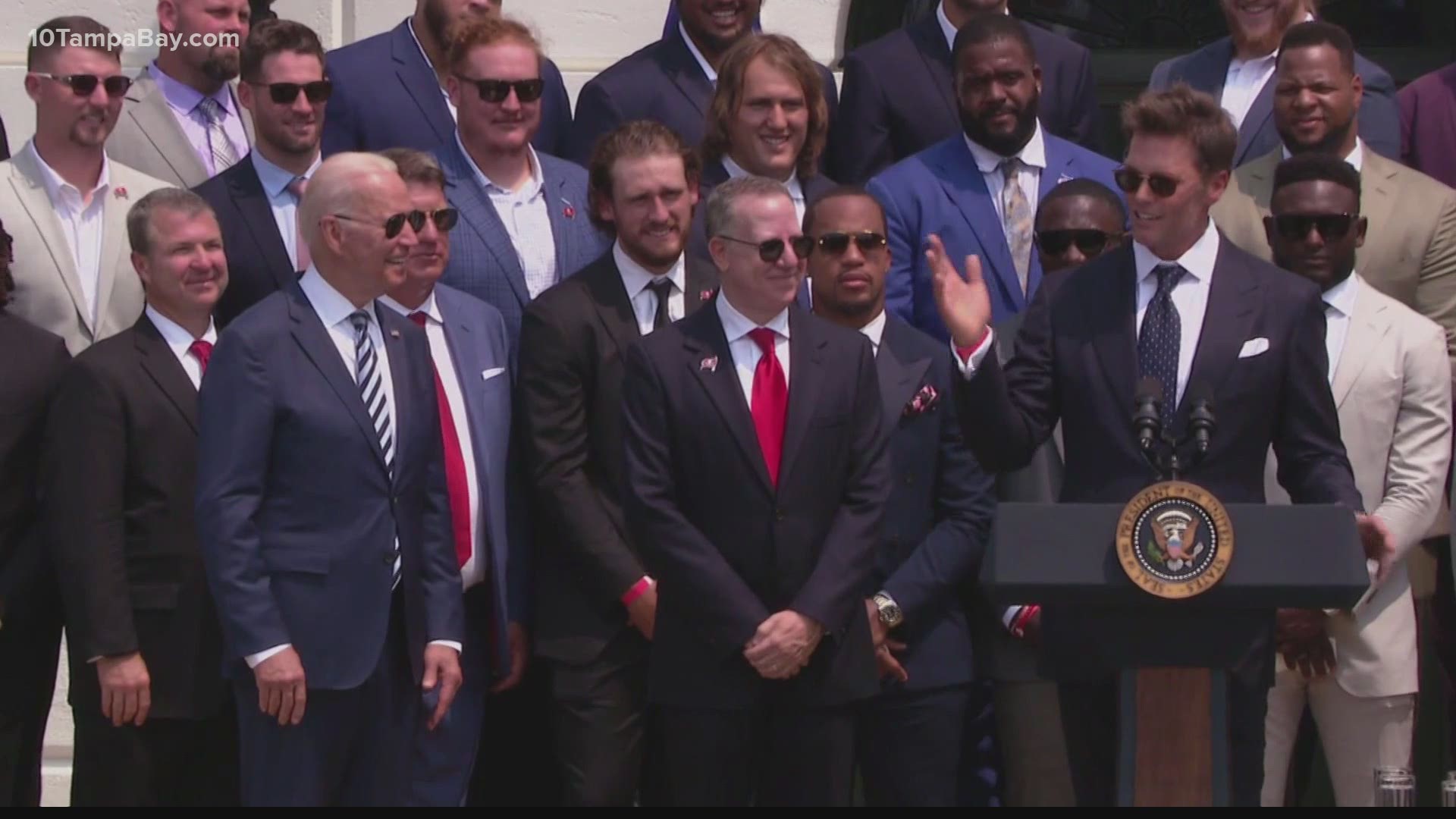 WASHINGTON, D.C., USA — Nothing was off-limits for Buccaneers Quarterback Tom Brady while he had the mic during the team's White House Super Bowl celebration Tuesday.

Not even politically based jokes that brought bellowing laughter from the crowd.

The first joke came as the GOAT discussed the Bucs' regular season struggles before they found their stride and became the first-ever team to win a Super Bowl on their own turf.

"Not a lot of people think that we could have won. In fact, I think that 40-percent of the people still don't think we won," Brady said.

"You understand that, Mr. President?": @TomBrady and @POTUS joked about people not thinking they won during Buccaneers' #SuperBowl victory ceremony at the White House https://t.co/4bkDAhSXtI pic.twitter.com/xXs9Z7YQQd

Of course, the back-and-forth is referring to disproved claims of election fraud that came from some Republicans and former President Donald Trump in the months after the presidential election.

But Brady's jokes didn't stop there. He also recounted when he became an internet meme after forgetting what down the Bucs were on during a game in Chicago.

"I lost track of one down in 21 years of playing and they started calling me Sleepy Tom," he quipped. "Why would they do that to me?"

All the jokes appeared to be in good fun and made one thing clear: Brady can now add comedian to his resume.

“We had a game in Chicago where I lost track of what down it was… they started calling me Sleepy Tom.”

The Buccaneers were at the White House Tuesday after receiving an invitation from President Biden to honor their Super Bowl victory.

The event marked the first time a Tampa Bay met the president at 1600 Pennsylvania Avenue after the Iraq War prohibited the team's 2003 Super Bowl victory visit, according to several reports.