Buffalo Bills fans got together near Arrowhead Stadium at a private spot they nicknamed 'Lot X.' 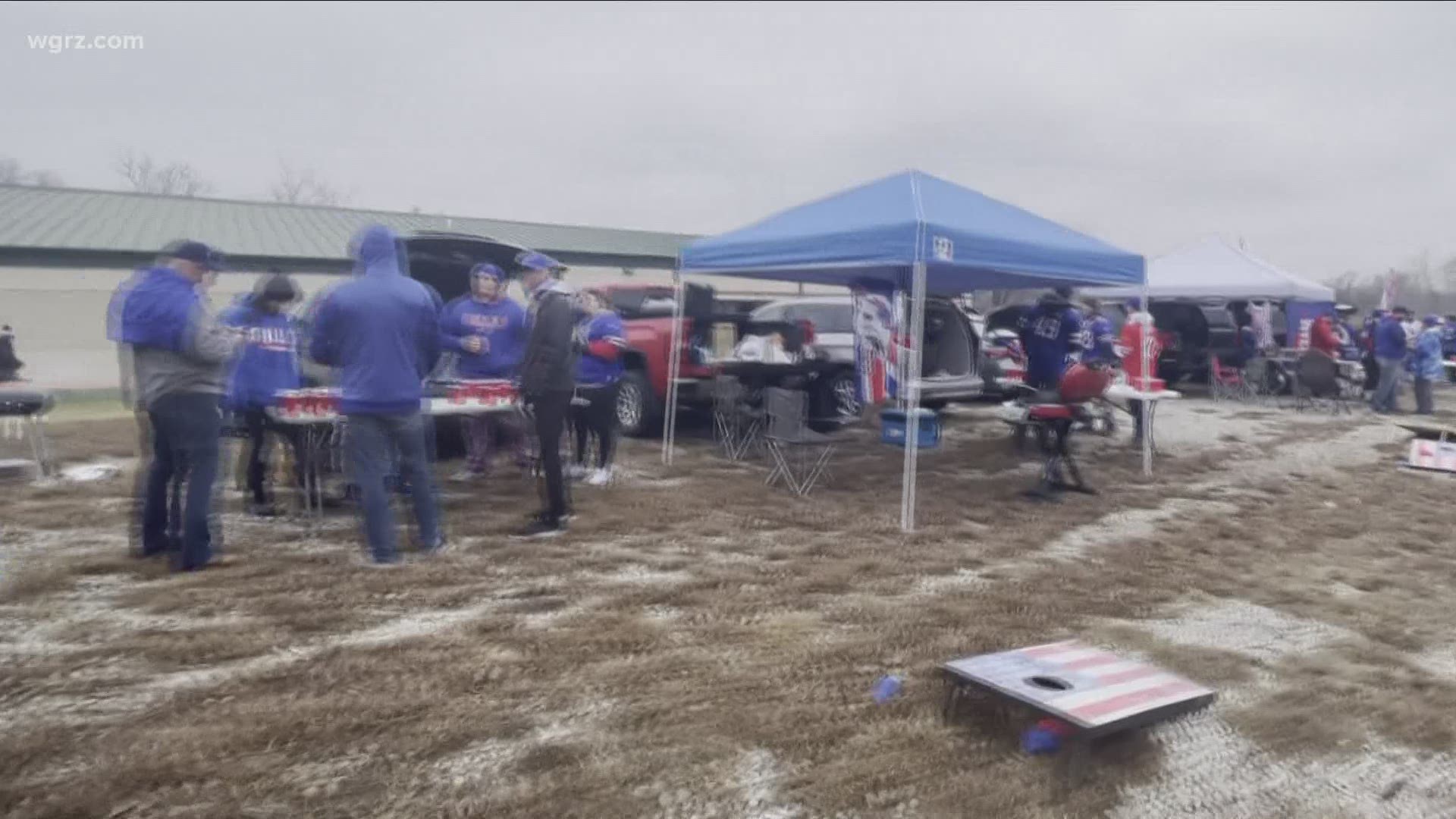 Fans got together near Arrowhead Stadium at a private spot they nicknamed "Lot X."

"We organized it through social media," said Jenna Marasco. "By the next morning, I had over 500 messages in my inbox, and we just kept responding... and everyone got it together."

The lot opened at 10 a.m., more than three hours before the stadium lots. There was a sizeable crowd from the start, and it quickly grew to a massive mob of Mafia, with plenty of familiar faces.

"There might be half Bills fans here in the stadium today," said John Lang, otherwise known as Bills Elvis.  He drove to the game with his daughter.

"There's a lot of love in the Bills Mafia," he said. "It's like one gigantic, great family. Just fun, loving, generous, great people. It's awesome."

Bills celebrity fan Pinto Ron was also there, although he kept a lower-than-normal profile as not to draw crowds amid the pandemic.

"I opted not to bring what I call 'Pinto Light' to the road trip, because crowds are discouraged right now, and anything I do would cause a crowd to form."

When asked about the enormous turnout among the Mafia, he said, "This is the way it always rolls. You get people coming as early as possible... This is just total normal for the Bills Mafia."

But the biggest star was also the smallest.

At around 4'3", Gino Castro -- son of the late Pancho Billa -- towered over the tailgate. A week ago, his mom told him she got tickets to this game. She captured the moving moment on video, capturing Gino's shock.

"He was born for this," Gino's mom Veronica Borjon said, explaining that Pancho would play the Bills shout song for Gino while Veronica was still pregnant.

Pancho was never able to see the Bills in an AFC Championship game, so Veronica knew she needed to bring Gino to this one.