Despite the loss, hundreds of fans came out to show their support for the team. 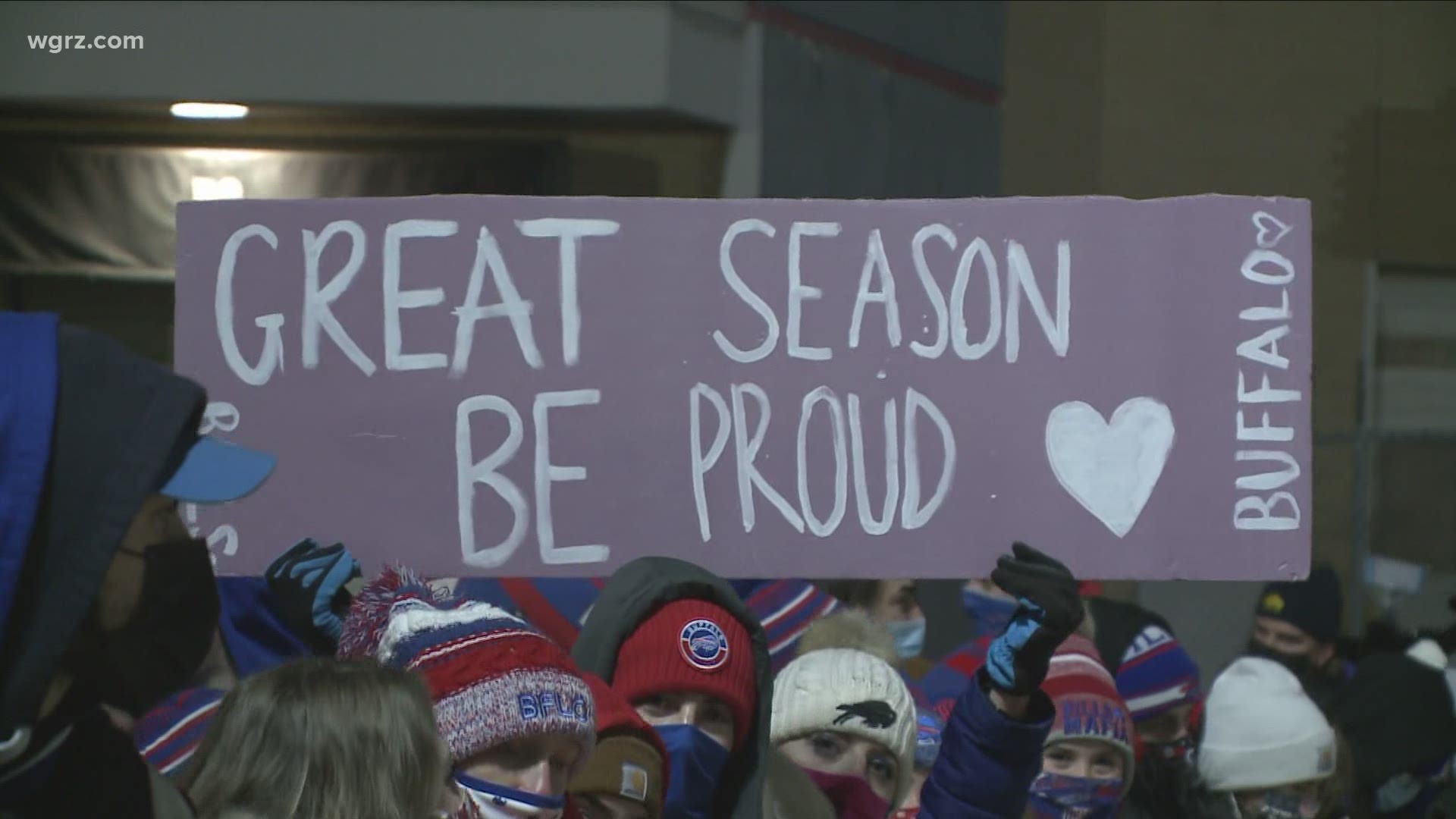 CHEEKTOWAGA, N.Y. — Even though the Bills' season didn't end the way fans wanted it to, they still came out to show their support for the team.

Early Monday morning, fans gathered at the Buffalo Niagara International Airport to welcome the team home. Hundreds of fans were on hand when the team's plane taxied in around 2:30 a.m.

There was heavy security of both NFTA officers and Bills security. People were told to wear masks and social distance, but by the time the plane arrived people were packed into the space.

The fans cheered as the team walked down the stairs of the plane. The players remained distant, walking into a nearby building. Chants of "M.V.P.... M.V.P." could be heard as quarterback Josh Allen came into view. The QB was mostly hanging his head, but looked up to acknowledge the crowd a few times before he left their sight.

Josh Allen gets an “MVP” chant from the crowd as he steps off the plane @WGRZ pic.twitter.com/g2uHqcvIN7

Even though the fans were in a celebratory mood, there wasn't a whole lot of fan interaction from the players. Most got in their cars and drove away into the night, laying low after the loss. Even though it wasn't the result that they wanted, they know they have the fans support no matter what