With the loss, the Bobcats fall to 1-3. Texas State is scheduled to play the Troy Trojans next on Oct. 10. 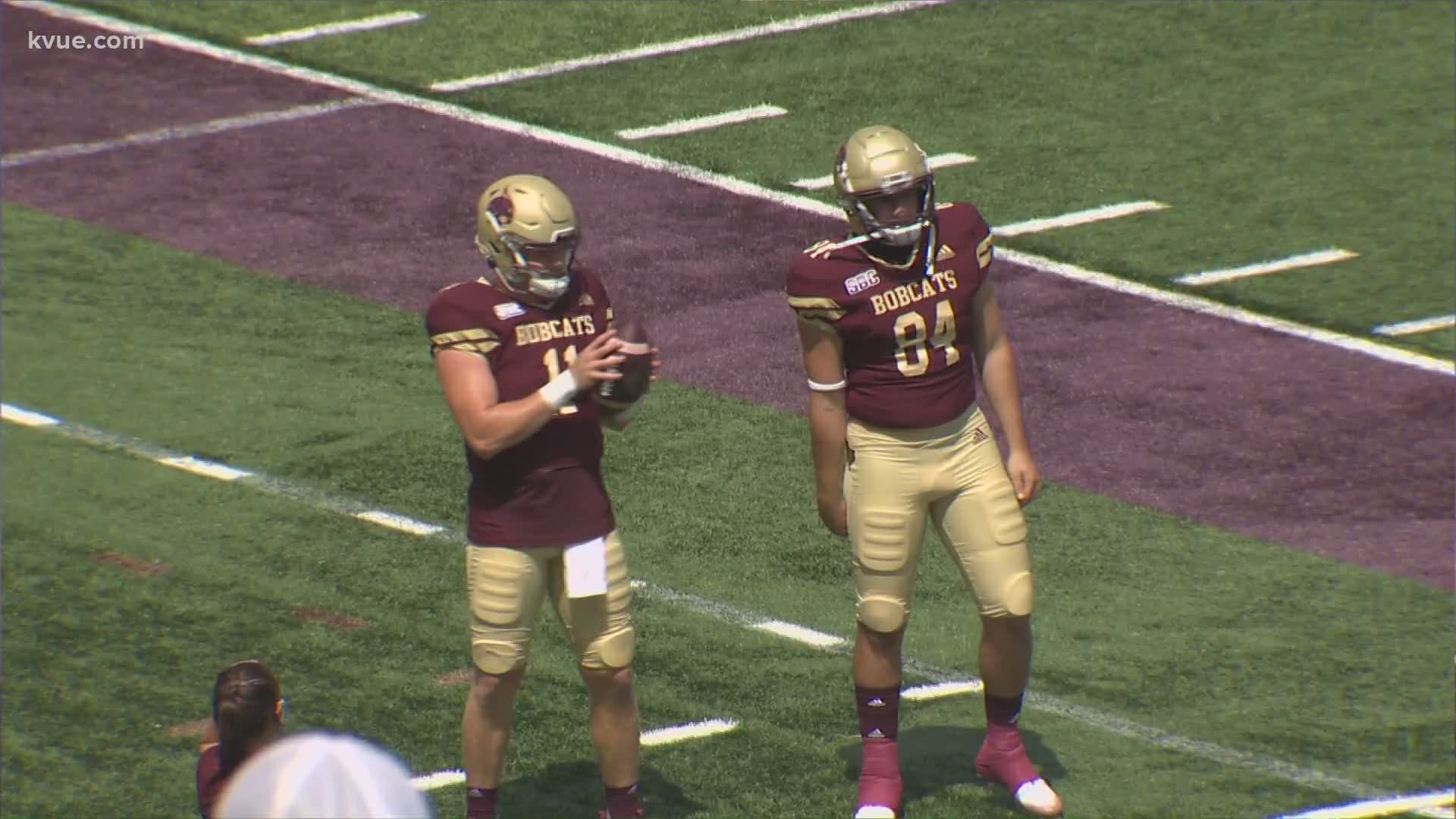 NEWTON, Mass. — Editor's note: The video published above are the highlights from Texas State's double overtime loss to rival UTSA. Details on the Boston College game are in the story below.

In Texas State's second road game of the 2020 season, the Bobcats fell to the Boston College Eagles, 21-24.

The loss comes after the Bobcats began their season with two losses – a hard-fought game against SMU and a heartbreaking double overtime loss to rival UTSA – but bounced back with a win against Sun Belt foe Louisiana-Monroe last week.

Phil Jurkovec hit Hunter Long for a game-tying touchdown with 1:11 left, and Aaron Boumerhi kicked a 36-yard field goal with 3 seconds to play on Saturday night as Boston College rallied to beat Texas State 24-21 and avoid losing to a three-touchdown underdog for the second season in a row.

BC (2-0) trailed by two touchdowns in the third quarter and was still down 21-14 in the final minutes when Jurkovec was forced to throw the ball away on a third down at the Texas State 16. But a late hit out of bounds gave the Eagles a first down, and two plays later Jurkovec hit Long from 5 yards out to tie it.

BC forced a three-and-out that used up only 15 seconds, and the Eagles got the ball back with 47 seconds left on their own 33. Jurkovec completed five straight passes to move BC to the 19; the Bobcats (1-3) called all three of their timeouts to ice Boumerhi, who had a kick blocked in the first quarter, but this one was good.

Jurkovec completed 26 of 38 passes for 210 yards, with one touchdown and one interception; he also ran in BC’s first two scores, from 2 an 3 yards out. Long caught nine passes for 81 yards for the Eagles, who entered the game as a 21.5-point favorite.

Texas State punted on its last four possessions, and its last two were its only three-and-outs of the game.

With about a minute left in the first half, BC defensive back Josh DeBerry stepped in front of the receiver but dropped a potential interception. McBride completed the next three passes, including a 6-yard scoring throw to Barbee to make it 14-7.

With the loss, the Bobcats fall to 1-3. Texas State is scheduled to play the Troy Trojans next on Oct. 10.