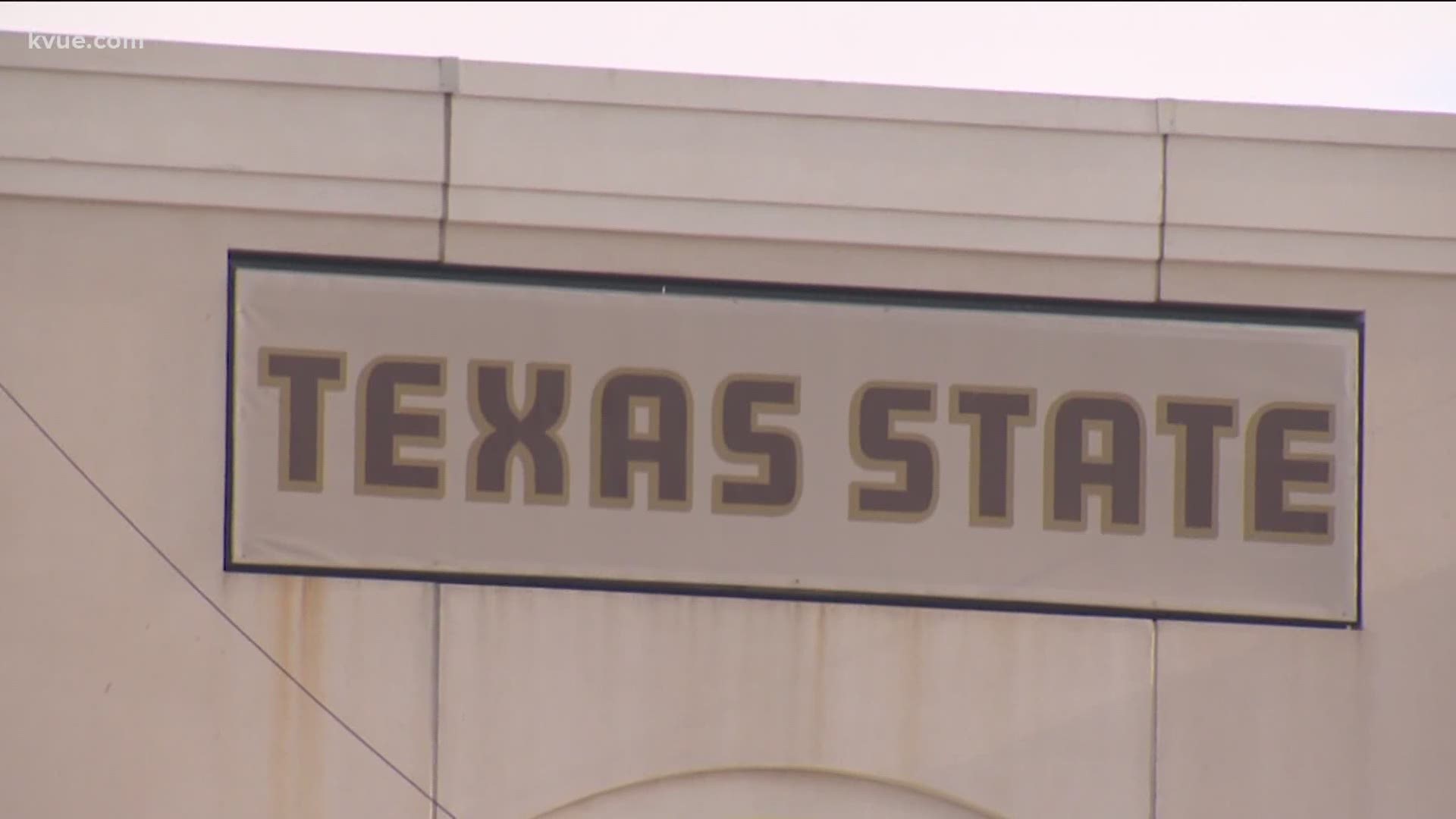 SAN MARCOS, Texas — The Texas State Bobcats have two new adjustments to their schedule: the SMU game was moved back to Sept. 5 and the team's Sept. 26 matchup against the Ohio Bobcats was canceled.

The Texas State Athletics department announced Aug. 3 that the team's home opener versus SMU – originally scheduled for Sept. 5 – would be moved up one week to Aug. 29. However, on Aug. 10, the university moved the game back to its original date of Sept. 5.

“We are very disappointed that we have lost the Ohio return game,” said Teis. “We have an open date in September that gives us some flexibility. We are pleased that we still have six home games. Things are changing daily, and we will keep our fans updated."

According to Texas State Athletics, the NCAA had announced that all NCAA Division I teams could begin their season on Aug. 29 and the Sun Belt Conference and American Athletic Conference (SMU's conference) had approved a waiver request from both schools to change the game date.

"With the season being permitted to start on Aug. 29 as scheduled, this move will give us extra time between our first two home games to manage any variety of possible circumstances that may occur," Teis on of the original date rescheduling. "Our original schedule did not have any open dates in September. This improves our approach to managing the conditions of these unprecedented times safely."

But those scheduling efforts reverted.

Texas State announces they will move their season opener against SMU back to Sept. 5.

Their home game against Ohio is canceled following the MAC’s decision to suspend fall sports. pic.twitter.com/6vARdHh4oY

For a look at the Bobcats' 2020 football schedule, click here.