Texas A&M softball pitcher at Austin Regional: 'I don't particularly like this place'

Shots were fired on the day before the NCAA softball tournament begins on the UT campus. 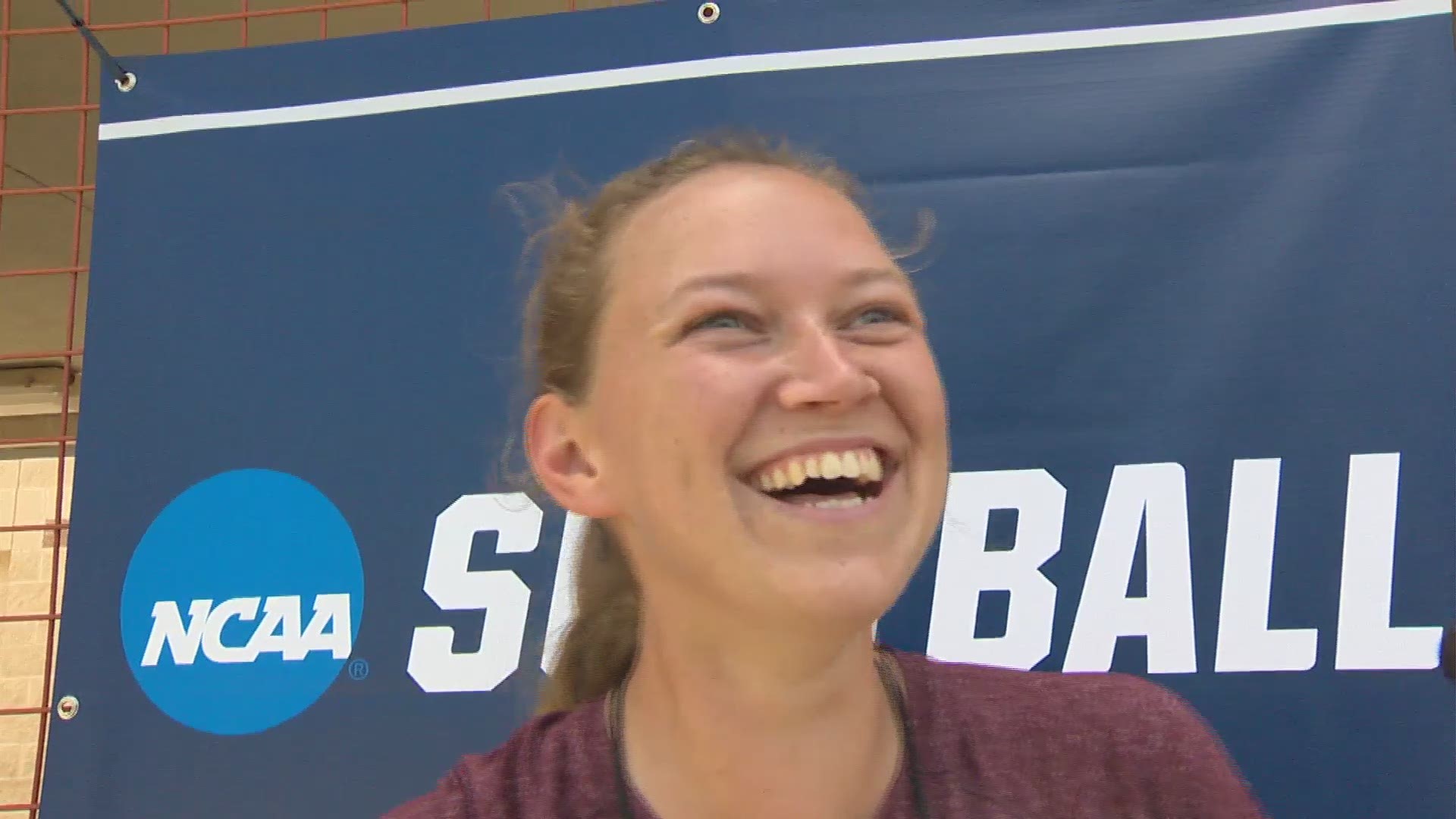 AUSTIN, Texas — In a day and age where the narrative and message is often controlled in major college athletics, Thursday morning's interview session with the Texas A&M University softball team was quite refreshing.

"I don't particularly like this place," said Texas A&M pitcher Kendall Potts after the Aggies wrapped up their practice in Austin.

The junior pitcher began her collegiate career at Baylor before transferring to Texas A&M.

Texas A&M was extended an at-large invitation to compete in college softball's NCAA Tournament field of 64.

How fitting for Texas A&M to be placed in Austin. Then again, the Austin Regional is an all-Texas four-team regional.

"The other day during the [NCAA softball] selection show, I was scrolling through the Facebook memories," Potts said. "It was literally a Texas series the same day. It's just kind-of weird how I saw that, and we end up coming to Texas."

Texas A&M will face Houston on Friday to open up the double-elimination tournament. That game begins at 1 p.m. at Red and Charline McCombs Field on the UT campus.

That game will be followed by Texas vs. Sam Houston State at 4 p.m.