K.J. Adams is headed to play basketball at the University of Kansas, an announcement he made live on KVUE. 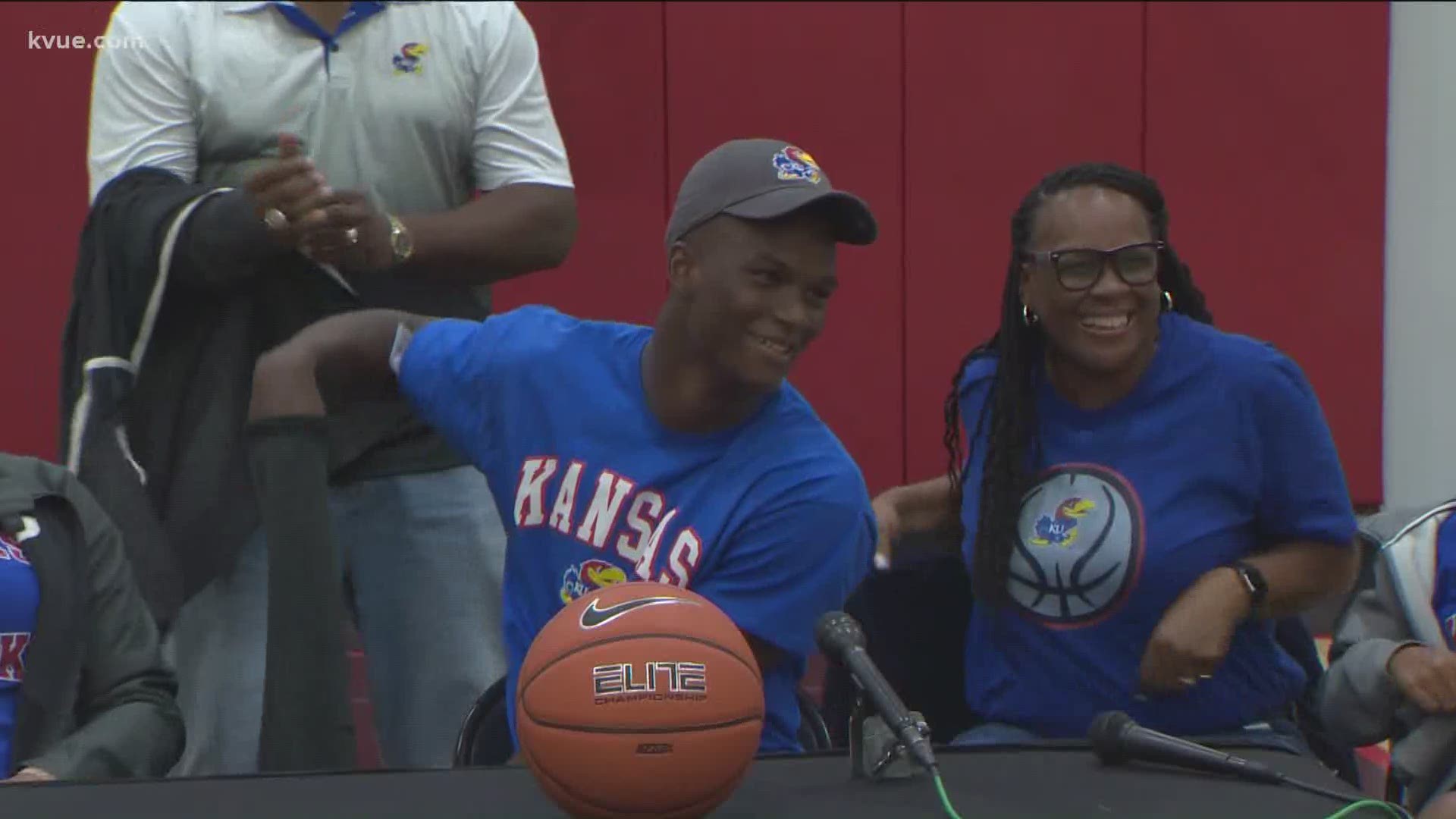 AUSTIN, Texas — K.J. Adams, a four-star basketball recruit and incoming senior at Westlake High School, has committed to the University of Kansas.

Adams is a top-100 prospect nationally, a top-10 prospect in Texas and announced his decision to commit to the Jayhawks and head to Lawrence on KVUE.

Adams has helped Westlake win 32 straight league games during his time on varsity.

He'll be the first basketball standout from Central Texas to play for Kansas since 2001 — the year former Westlake forward Luke Axtell wrapped up his senior season with the Jayhawks.

He’ll be the first player from the Austin area since 2001 to play for the Jayhawks.@kj_atx | @Westlake_Nation pic.twitter.com/CR0nUpTKMP

Adams had offers from 13 Division I schools and had narrowed his list to Kansas, Texas, Baylor, Georgetown, UCF and Iona.

Back in March, KVUE profiled Adams' offseason training, as he's been working with the former trainer of Sam Ehlinger, Nakia Watson and Justin Mason.

"His muscles have grown so much and he's grown so big in such a short amount of time that we had to really condition his tissue. It was really, really tight and it didn't want to move," Jessica Vaiana said.