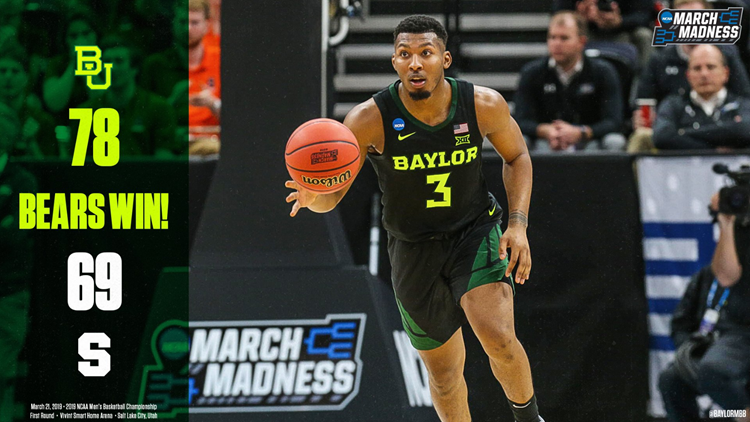 Baylor holds on for win over Syracuse

Baylor won its first-round game over Syracuse, 78-69, and will play #1 seed Gonzaga in the second round on Saturday.

Baylor was a three-point machine early in thr game. The first six shots made by the Bears were from outside the arc.

Down 11 points early, Syracuse came back.

Baylor took a 38-37 lead into the locker room at halftime after making 10 three-pointers in the first half. Syracuse hit nine.

The Bears extended the lead slightly in the second half, but this game went down to the wire.

Freddie Gillespie and Makai Mason hit shots to extend the lead to 72-67.

The Bears defense stopped the Orange the rest of the way. Mason, with 22 points, led the Baylor attack.