Could this LSU team be the best ever? 'I think so,' says Coach Orgeron

The question is floating around the sports universe following the Tigers dominant National Championship win. 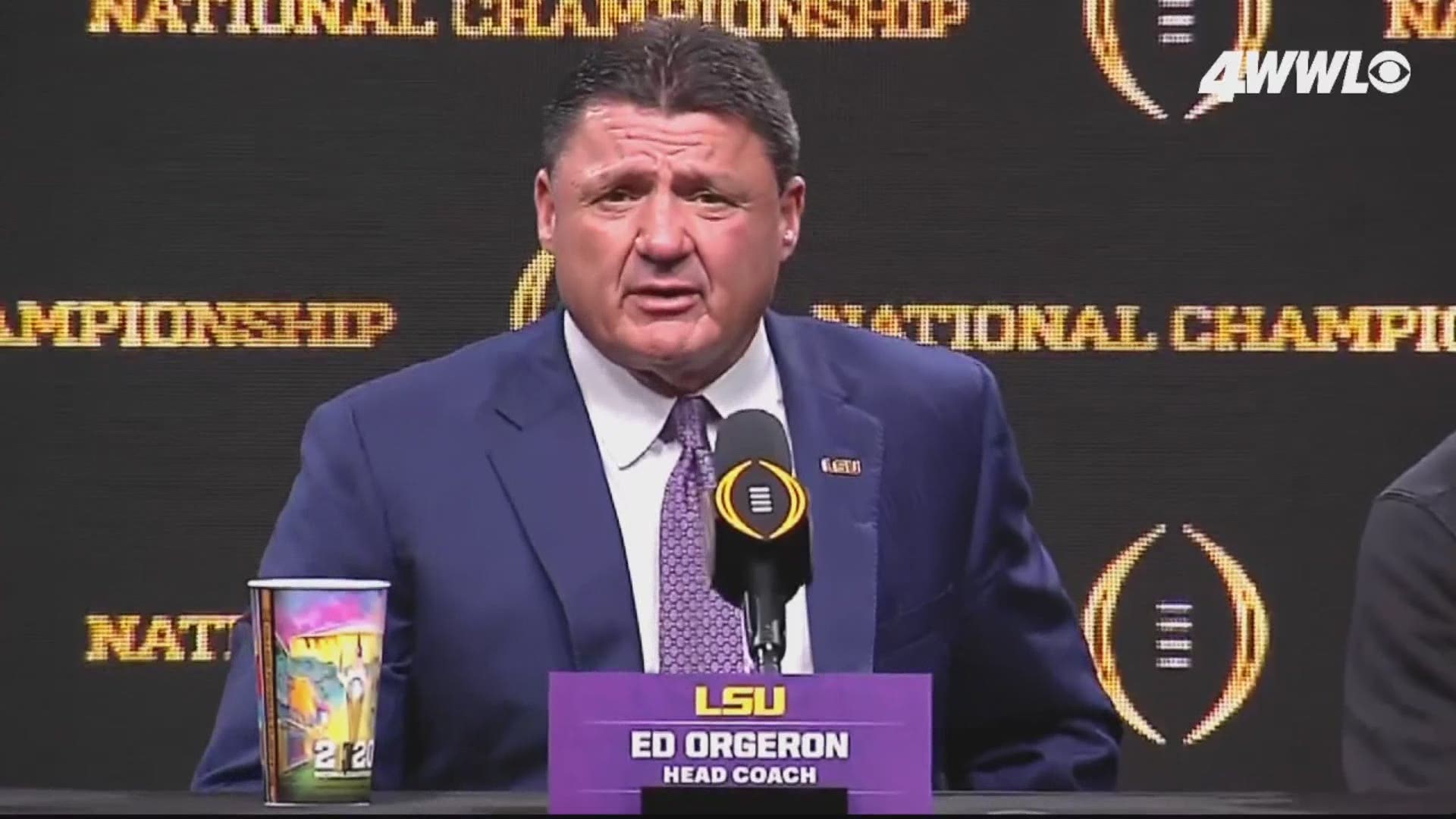 NEW ORLEANS — Coach Ed Orgeron weighed in on the increasing popular question surrounding the LSU Tiger's historic undefeated season and National Championship victory: Could this team be the best to ever do it?

"I think so," Orgeron said in a press conference Tuesday morning, after his team defeated the Clemson Tigers 42-25 in New Orleans' Mercedes-Benz Superdome.

"To play the teams we’ve played this year and to beat them, the margin of error that was in most of the games, to have the type of football players we have on our team, the coaching staff… You never can go back in time, it’s a different era, but I’ve never been around a prolific offense like this," he said.

"We shattered all those records," he said.

"It’s a different age, it’s a different offense. Those were great coaches, legendary coaches, Jimmy Johnson, Bear Bryant, Pete Caroll, those guys are legendary... but as far as our football team, I think they can play with anybody, anywhere."

A perfect season. An All-Time great offense. Wins against some of college footballs biggest names. LSU did it all and more this season, but did they do enough to earn the title of greatest college football team of all time?

They’re definitely in the conversation, along with other unbeaten champions like the 1995 Nebraska Cornhuskers, 1999 Florida State Seminoles, 2001 Miami Hurricanes, 2004 Southern California Trojans and last year’s undefeated Clemson Tigers, whose win streak lasted until they met LSU on Monday.

SEE: Is this LSU team the greatest college football team of all time?

What they're saying nationally about LSU's championship

‎New Orleans News from WWL
‎Stay up-to-date with the latest news and weather in the New Orleans area on the all-new free WWL TV app. Our app features the latest breaking news that impacts you and your family, interactive weather and radar, and live video from our newscasts and local events. LOCAL & BREAKING NEWS * Receive r...