A potential top-10 pick, a loaded freshman class and an electrifying shortstop – it means expectations are sky high, as Texas baseball prepares for Opening Day. 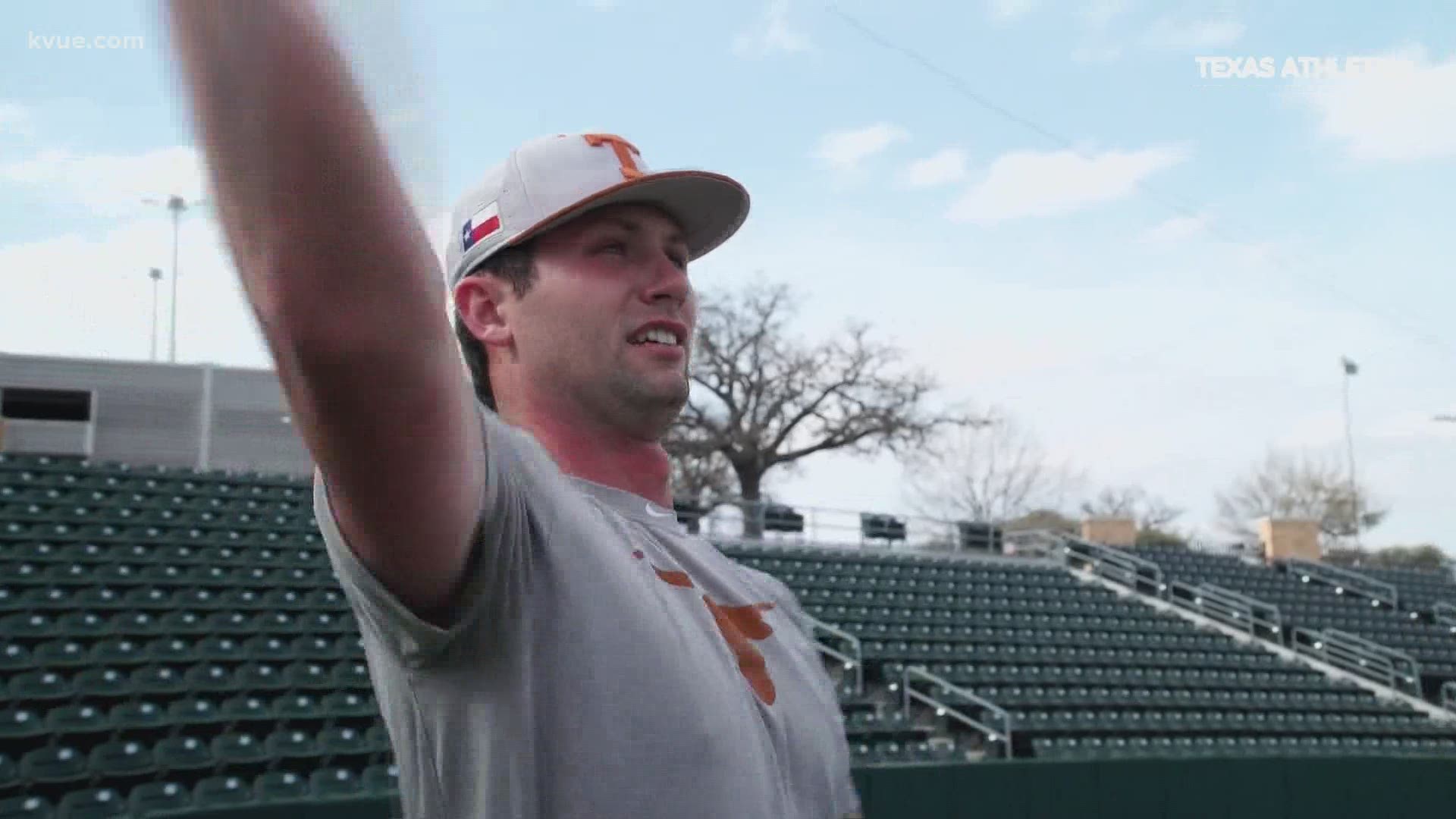 AUSTIN, Texas — You can't spell "expectations" without "Texas," and the Longhorns enter the 2021 baseball season with a lot of them.

"We know what we’re capable of," junior pitcher Tristan Stevens said. "We’re the University of Texas. That expectation should be there every year."

“We accept, we look at, we understand the expectations. We always have understood it,” head coach David Pierce added.

“Y’all are going to see some special things from us this year,” shortstop Trey Faltine said.

"They look great," Pierce said. "When they came back, they were in shape. I think physically we’re better – arm strengths are a little bit better, our movement is better."

The Longhorns are exactly three weeks away from Opening Day.

They open the season ranked No. 9 in the country and will face three other top-10 teams right off the bat in No. 7 Mississippi State, No. 8 Arkansas and No. 6 Ole Miss in the State Farm College Baseball Showdown.

The rest of their non-conference schedule is expected to be released on Tuesday.

Texas baseball has three weeks before Opening Day and three starting jobs are likely up for grabs.

After the longest college baseball offseason the NCAA has experienced in years, it's safe to say the expectations and the excitement are out of the park.

"They're much more appreciative of what they’re getting to do right now,” Pierce said.