Senior basketball star Will Baker announced his commitment to the University of Texas on Thursday with a special video at Westlake High School. 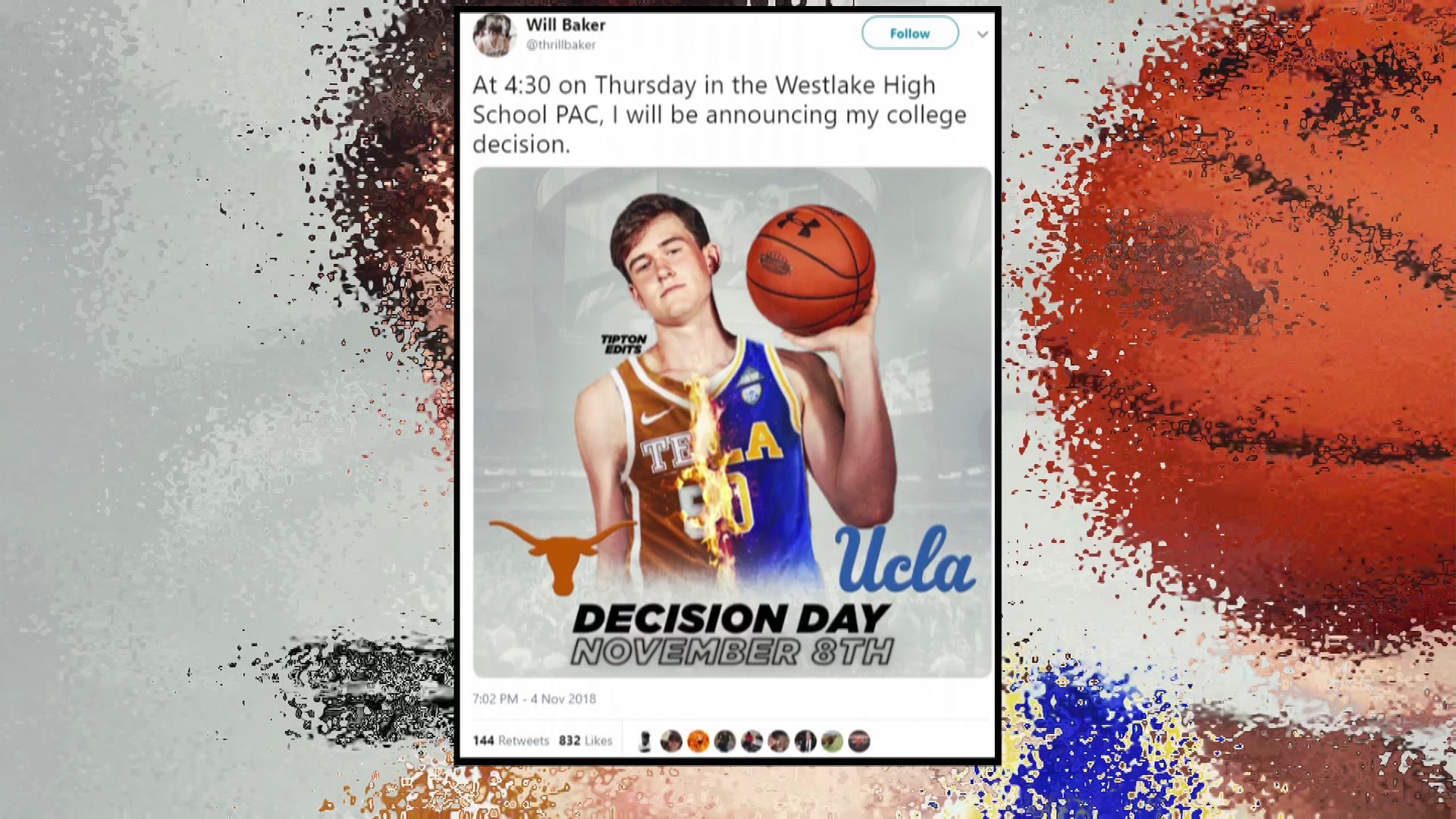 AUSTIN — Westlake senior and five-star recruit Will Baker announced his commitment to the University of Texas on Thursday at Westlake High School.

The 7-foot center chose Texas over UCLA, and he announced it in a commitment video.

Baker only recently narrowed his search to the two schools after eliminating Georgetown and Stanford from his pool.

Westlake’s Will Baker is committing to the University of #Texas. #HookEm @KVUE pic.twitter.com/J2aEUtTAsU

With his commitment, the 2019 recruiting class for Texas should see a solid increase from its current Top 40 ranking.

We’ll have more on this story tonight on KVUE and KVUE.com. 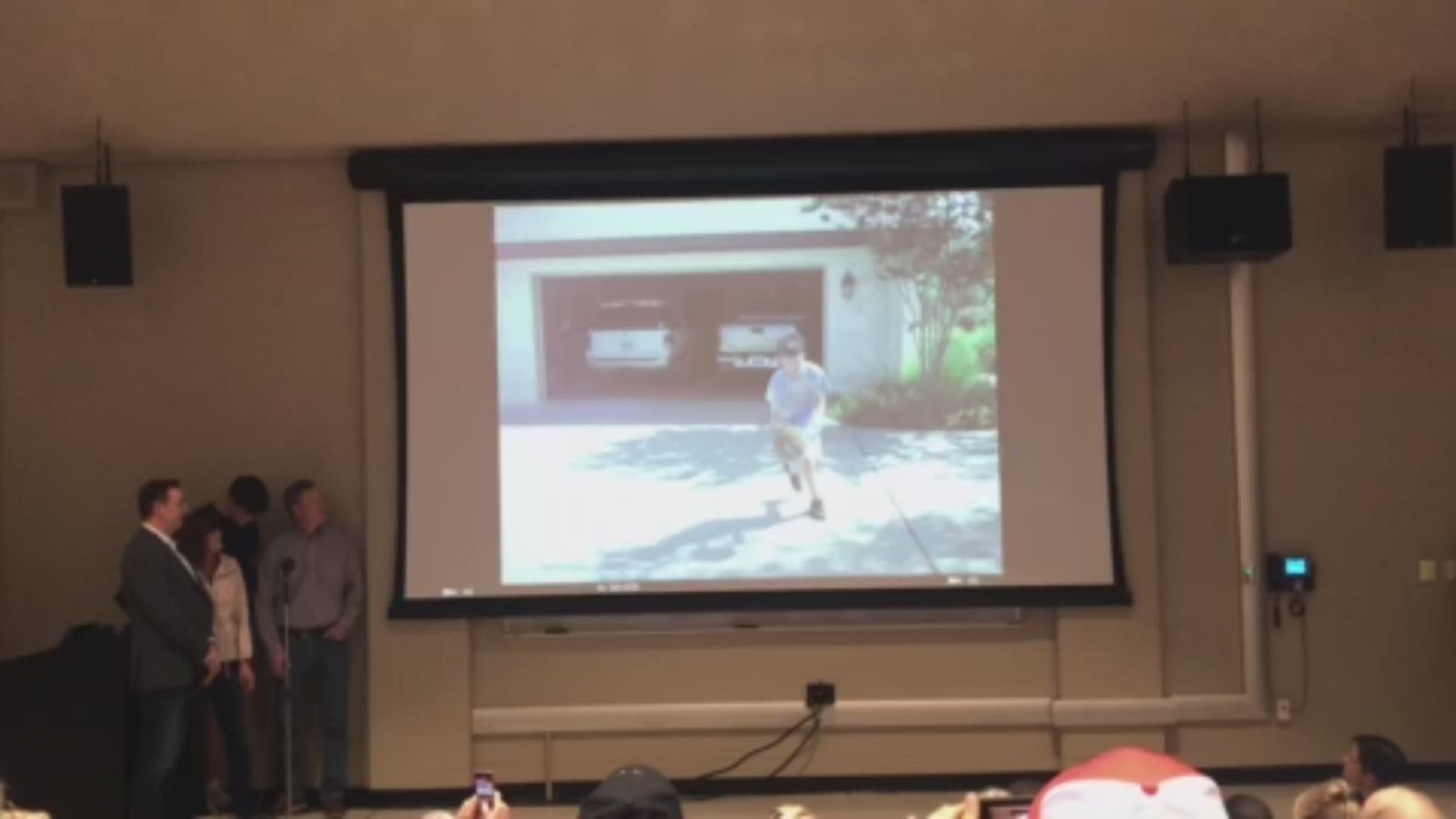