The list was created to celebrate the 150th anniversary of college football. 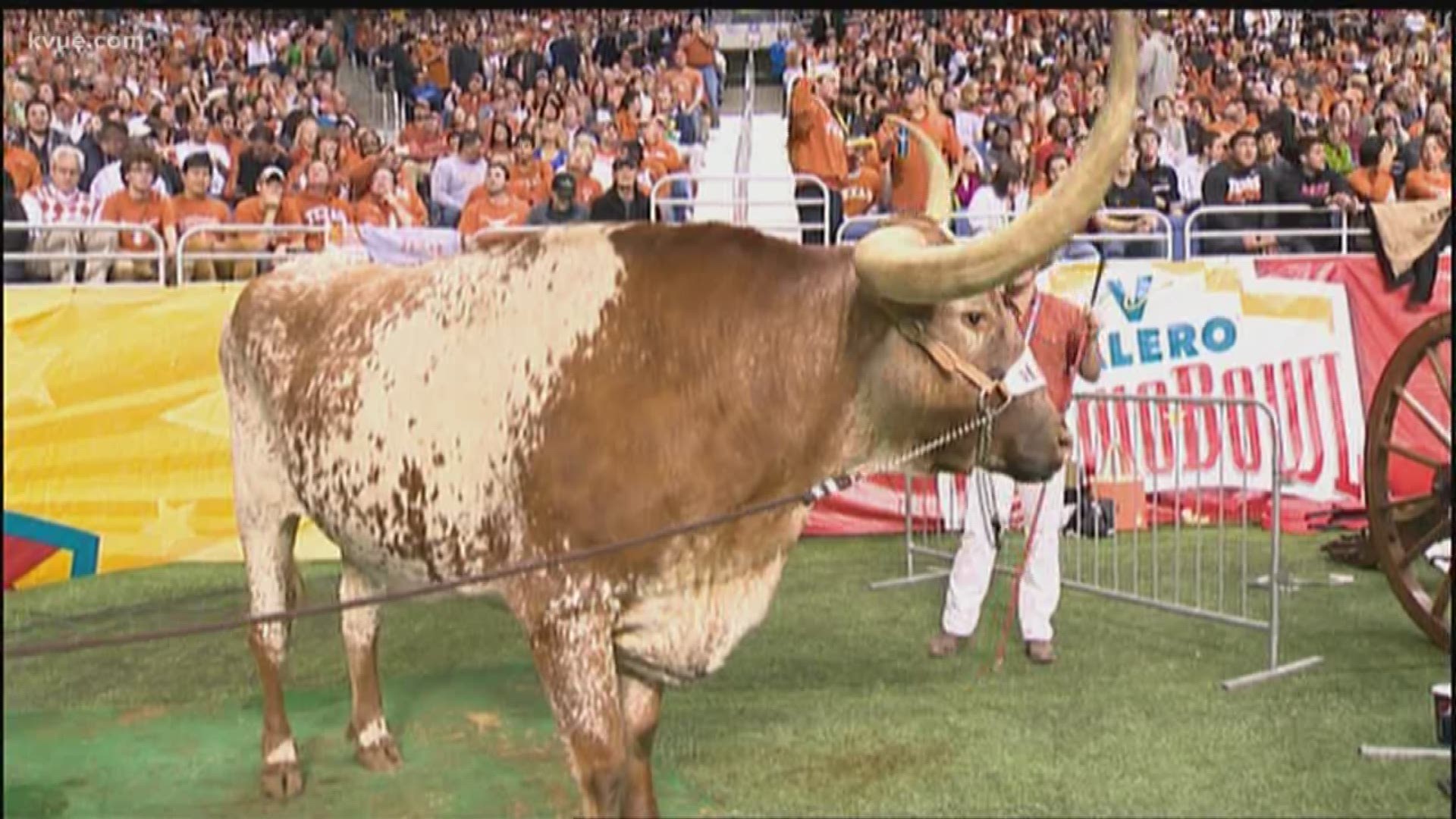 AUSTIN, Texas — In honor of the 150th Anniversary of college football, Sports Illustrated has created 15 different lists about college football. Among those lists is the top 10 "Greatest Mascots in College Football History."

The Texas Longhorns' Mascot, Bevo, has earned a spot on the top half of the list at number four.

Bevo made his first appearance on Thanksgiving Day in 1916 in a game against their Texas rival, Texas A&M, according to UT's history and tradition page.

More than 100 years later and Bevo's namesake has been passed down to several generations of bovine. Bevo XV is the most recent adoptee of the name, who became the university's mascot back in 2016.

Even after his death, Longhorns mascot Bevo XIV could save lives, UT Austin researchers say

Over the years, the longhorn has become one of the most beloved mascots in college football. Bevo has occasionally been involved in some sideline antics, like when he escaped his pen and charged the Georgia Bulldogs' mascot, Uga.

Other notable mascots that made the list include the University of Oregon's "The Duck," Louisiana State University's tiger, Mike, and even Uga.

While Bevo didn't get first place on the list – that honor went to Uga – he is certainly the greatest mascot in the state of Texas. As Ben Dyer said in 1916, "His name is Bevo. Long may he reign!"