Halloween may be terrifying for some, but the UT football team has historically thrived in games played on Oct. 31. 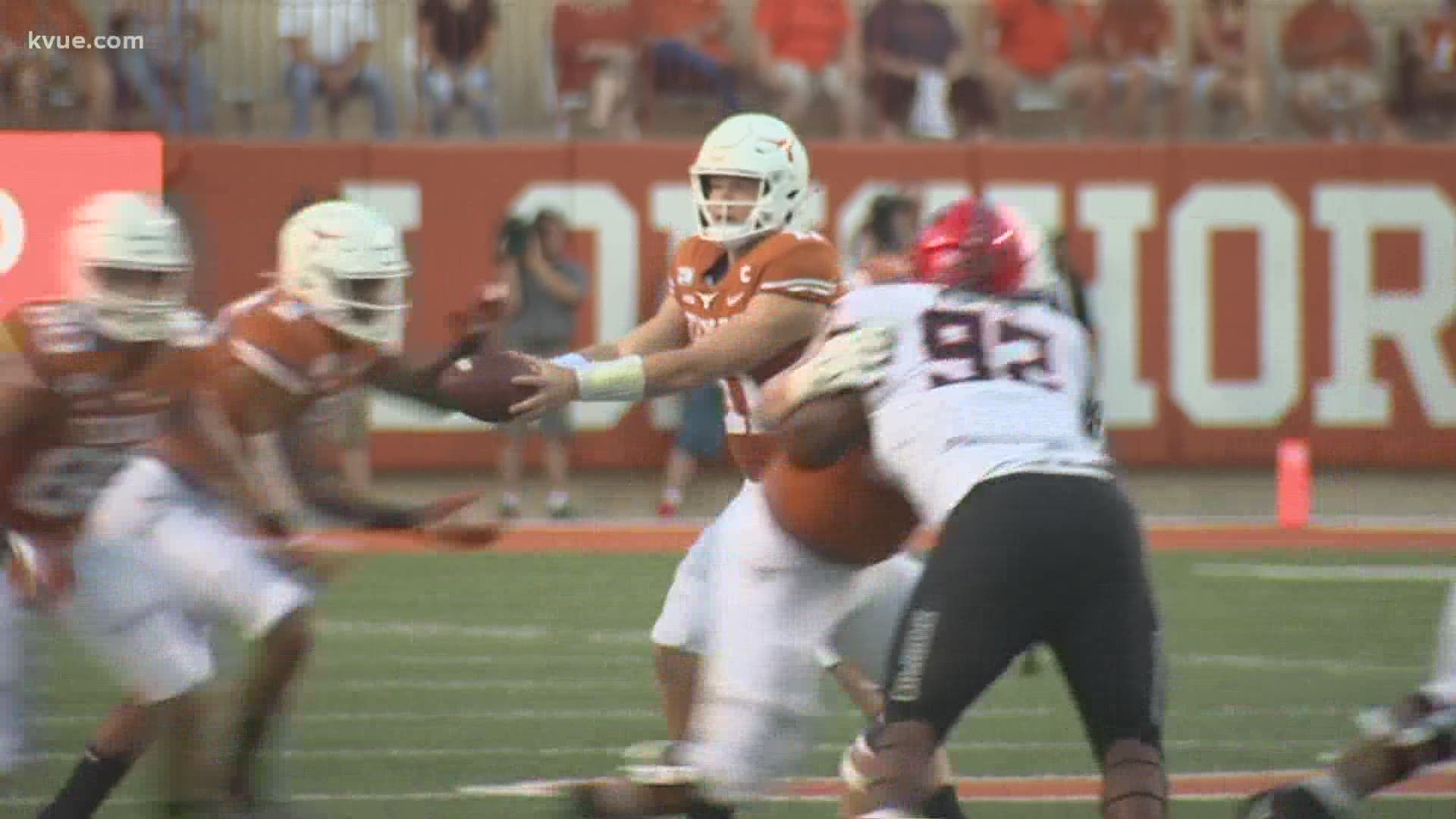 AUSTIN, Texas — With a 3-2 record and undefeated (4-0) No. 6-ranked Oklahoma State slated for Halloween, it looks like a haunting fate could be in store for the Texas Longhorns on Saturday.

But if history repeats itself, Saturday may not turn out as spooky for the University of Texas as the current scope might foretell.

Texas has an exceptionally good record with Halloween games. The Longhorns are 15-2-1 all-time on Halloween and are 9-1 in the past 10 games played on Oct. 31, according to Texas Athletics.

In that game, UT went on a tear in the second and third quarters, scoring 24 unanswered points. Texas led 41-7 entering the fourth quarter, led by Colt McCoy and Jordan Shipley on offense.

The Longhorns are also 3-1 all-time against ranked opponents and 7-2-1 on the road in games played on Halloween.

Head Coach Tom Herman said on Monday that Oklahoma State has some of the elements needed to be a championship team.

"Yeah, they do. They’re playing elite defense. Elite not just in our league but in the country," Herman said when asked if the Cowboys were a complete championship team. "When you have skill position players like they have, those are two key ingredients to a championship recipe. They sure do look like it right now."

"I think what Coach Gundy has been able to do – which is come into a program, his alma mater, his dream job, if you will, and be given time to necessary to build it his way," Herman said. "Coach Gundy has a very experienced team that his fingerprints are all over. He’s got a great system, he’s able to survive coaching turnover. That’s done because the same programs and philosophies are in place year after year after year, and he does a great job with it.”

Despite UT's spooky success on Halloween, Texas still seems to be generally haunted by the ghosts of the Cowboys' past. UT is 1-4 against Oklahoma State in the last five meetings and 3-7 in the last 10.

Kickoff from Stillwater is scheduled for 3 p.m. on Saturday. For full coverage, go to kvue.com/longhorns.