Saturday will mark the first time the Longhorns have worn white uniforms for a home game since Sept. 30, 1950, when UT hosted Purdue. 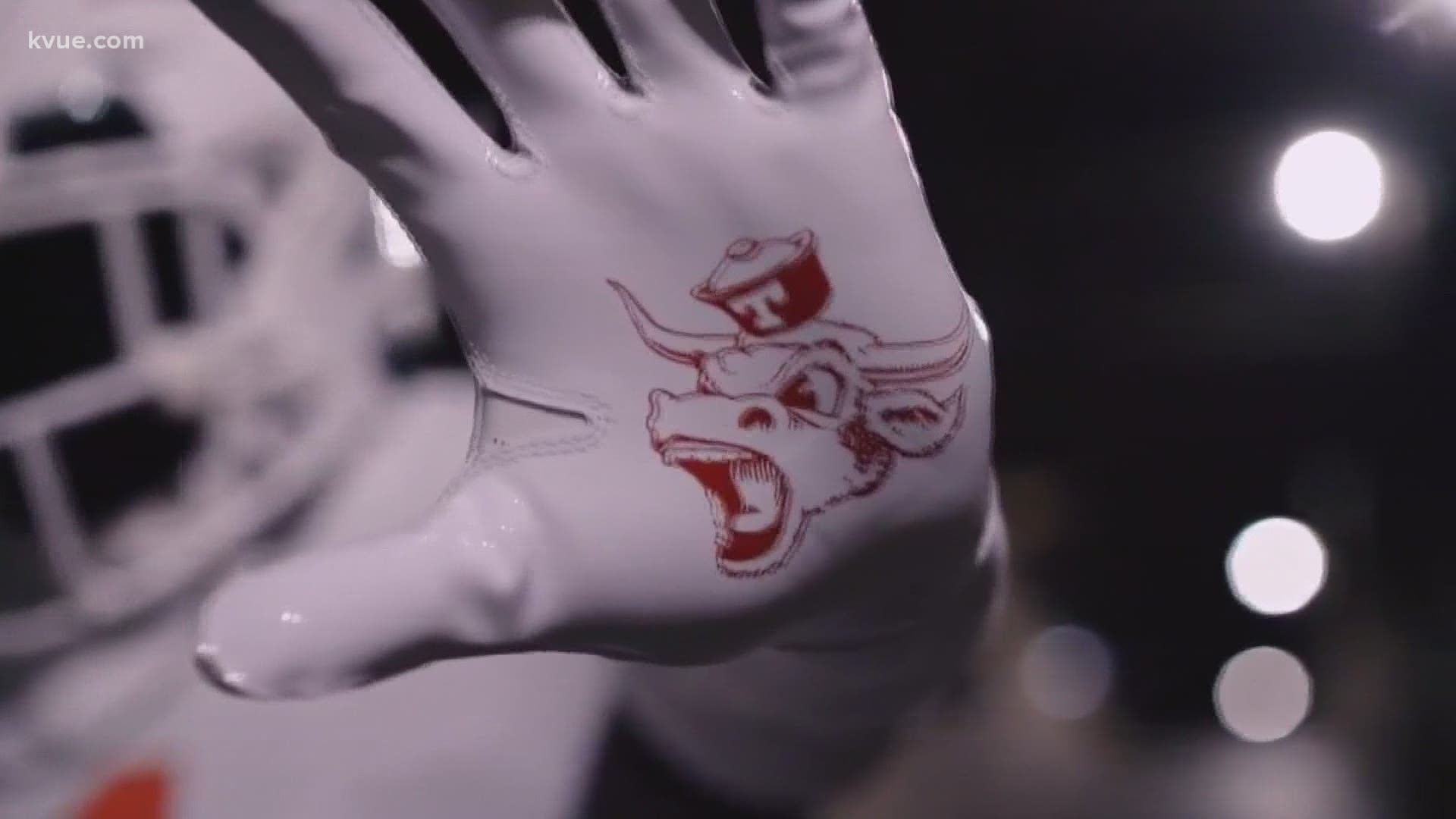 AUSTIN, Texas — Editor's note: Texas Athletics issued a correction, which stated that the uniforms for the Baylor game were not meant to honor the 1970 National Championship team. Those uniforms will be worn later this season when UT hosts Iowa State on Thanksgiving weekend. UT will still wear white against Baylor. The team will wear the Texas Football retro/throwback white vintage uniform.

The Texas Longhorns are trading out the traditional Burnt Orange for a different look this week against the Baylor Bears.

University of Texas officials announced Tuesday the team would be wearing all-white throwback uniforms for its Oct. 24 matchup versus Baylor.

The uniforms were unveiled to the players and staff during a team meeting on Tuesday, UT said.

Saturday will mark the first time the Longhorns have worn white uniforms for a home game since Sept. 30, 1950, when UT hosted Purdue.

WATCH: Should UT force players to stay on the field for 'The Eyes of Texas'?