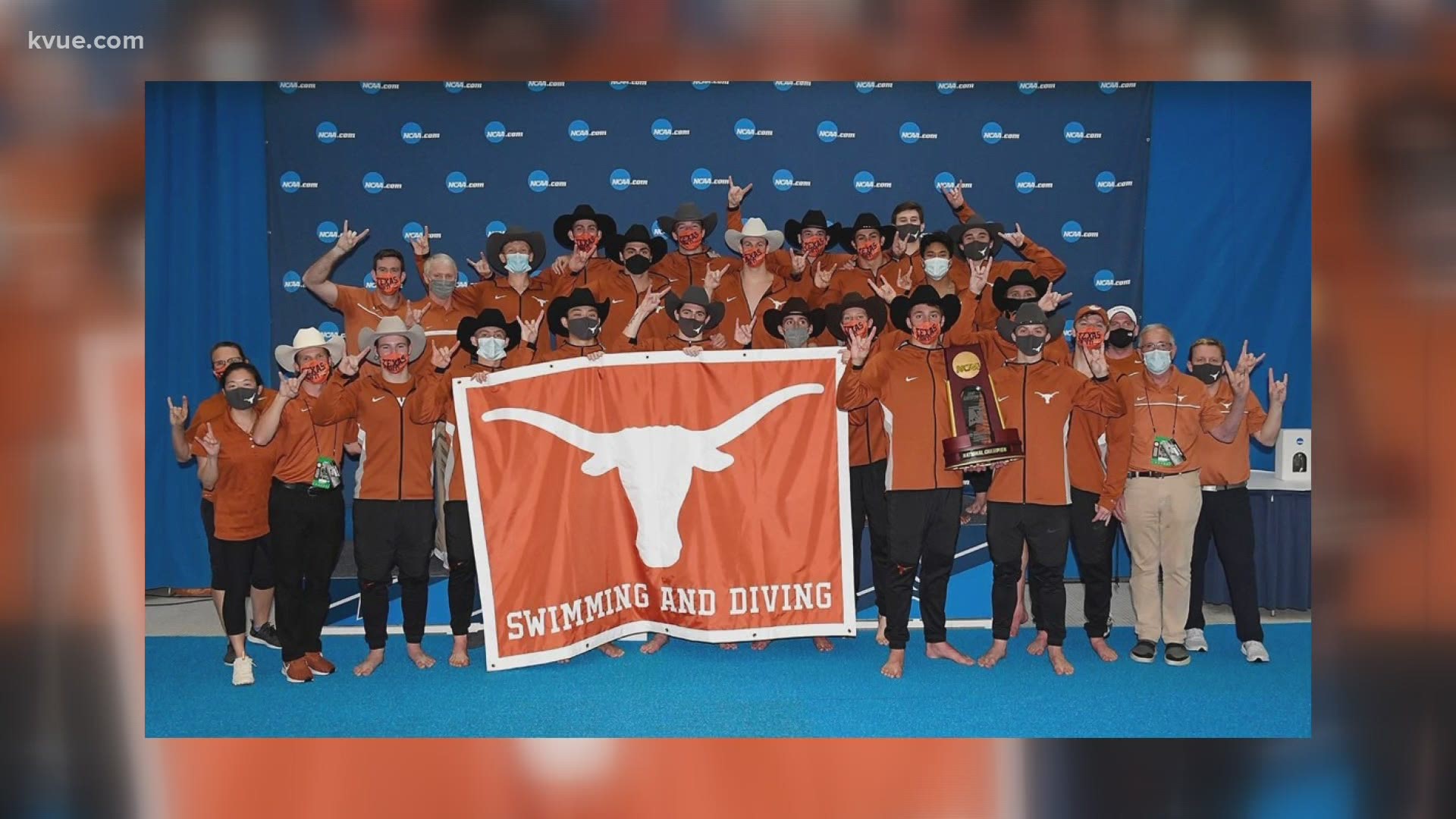 GREENSBORO, N.C. — The University of Texas men's swimming and diving team ended the 2021 season with a splash by claiming the national title at the NCAA Championship meet Saturday night in Greensboro, North Carolina. The team concluded the four-day meet with a total of 595 points, 27 in front of second-place California.

Head Coach Eddie Reese won his 15th national title and recorded his 27th top-two national finish and 34th top-three showing. According to UT, the 15 national titles are tied for the seventh-most of any coach in NCAA history (all sports).

The swimming and diving team captured the 56th national team championship (52 NCAA titles) in school history and the first since men's tennis won the 2019 title.

Learn more about how the individual UT athletes placed in Saturday's meet.

How many vaccine doses are Austin and Texas set to receive as the state opens eligibility to all adults?

After laying off 48 employees, City of Hutto commits to improved financial transparency