Fans to be allowed for game against No. 2 Baylor Bears: Report

UT has played its past four games without fans, going 2-2 in that stretch. 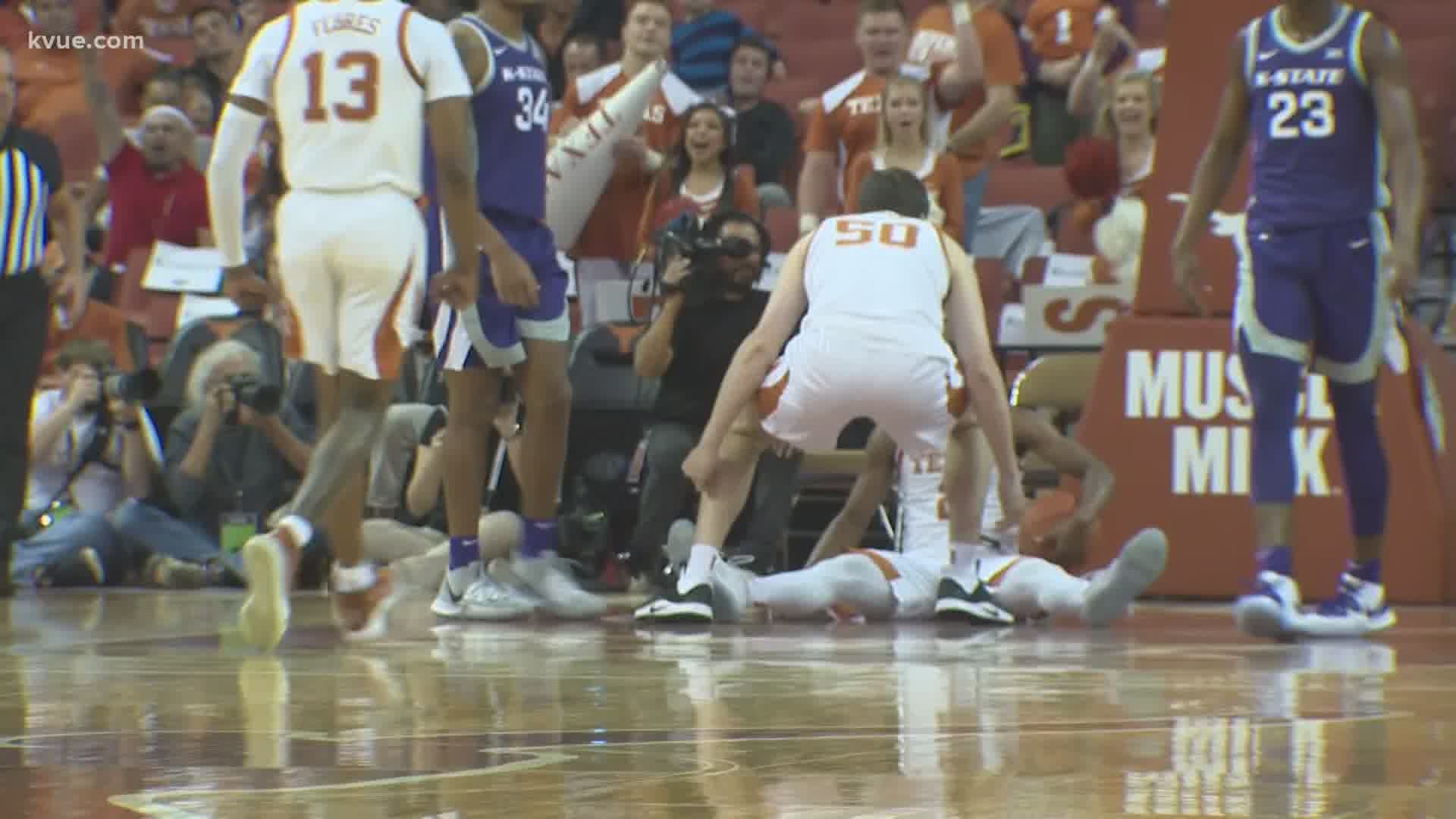 AUSTIN, Texas — A select number of fans will be allowed to attend the Texas Longhorns men's basketball game against No. 2 Baylor Bears on Tuesday, according to KVUE's media partner the Austin American-Statesman.

The announcement comes after UT had its game against Kentucky canceled due to COVID-19, one of three games either postponed or canceled in the last four.

The Statesman reported that game attendance at men's basketball games in the 2021 season has ranged from 2,400 to 2,500 of the Frank Erwin Center's 16,540-seat capacity.

UT has played its past four games without fans, going 2-2 in that stretch. The team beat Iowa State and Kansas State and lost to Texas Tech and Oklahoma. Head coach Shaka Smart missed the Oklahoma game after he announced he had tested positive for COVID-19.

John Chaney, the commanding Temple basketball coach, has died at 89