Casual UT fans may know him as Kirk Johnson, but his 36,000 YouTube subscribers know him as the Kirko Network. 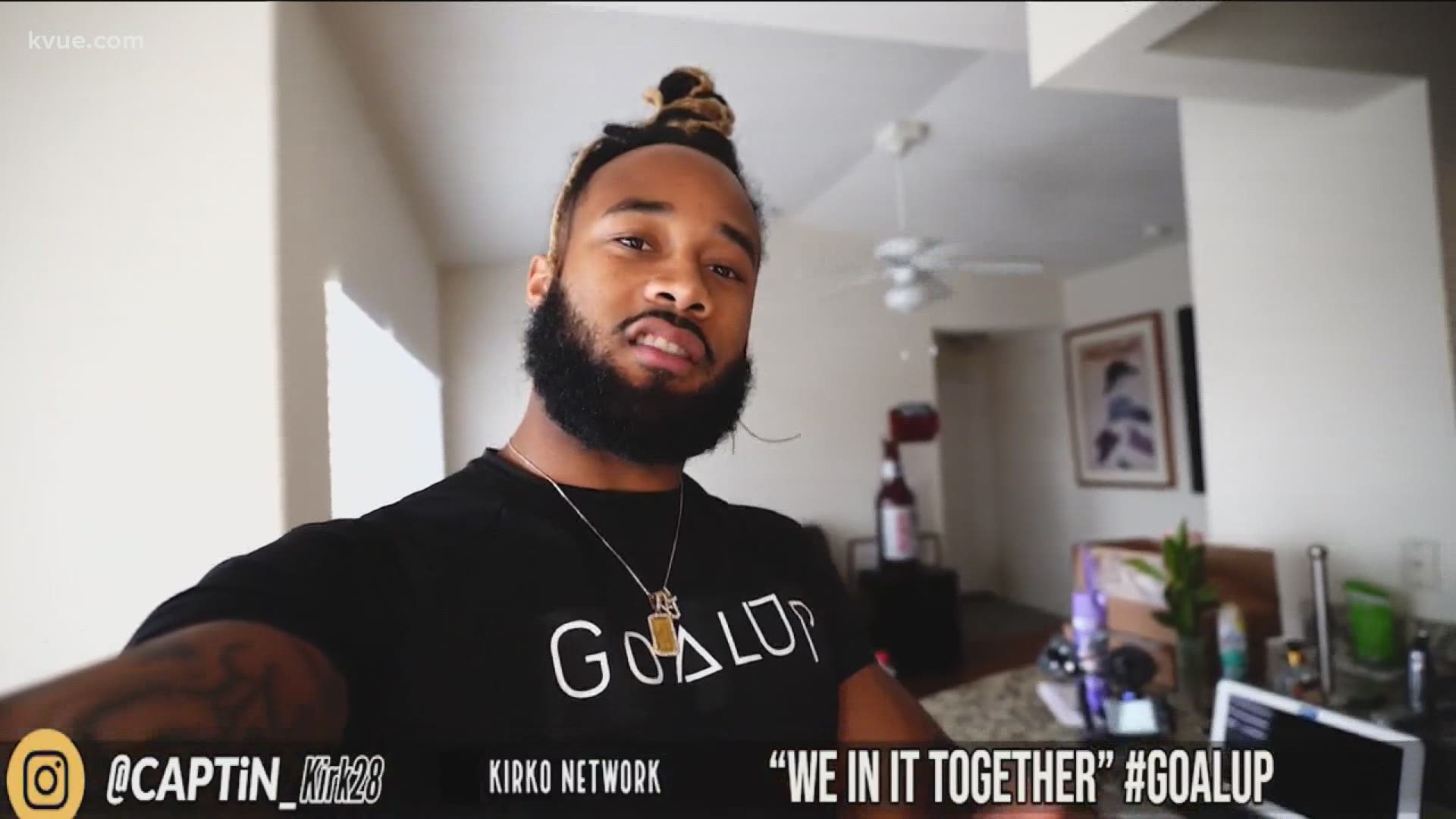 KVUE has shown you what the new rule means for college athletes and what institutions are doing to help prepare them. But other players in this equation are former players. The former student-athletes might not get retroactive compensation, but the ones who have always been forward thinkers could carve out a business opportunity.

Johnson came to Austin as a four-star recruit with a bright future all mapped out.

"I said I'm going to raise it up like this, break them apart, everyone's going to say what are you doing, then, boom. It's something small but I loved it," Johnson said, describing a touchdown celebration.

But he was never able to show it off.

Not once ... after five years on the football team. Injuries derailed his career so much that he finished his time at Texas with only 12 carries at the Forty Acres.

Halfway through his college career, however, Johnson decided to start his YouTube page.

From an injured athlete to social media influencer, Johnson's success was immediate.

"Everyone says 10K is the hardest. I got that in a month," Johnson told KVUE.

Johnson could soon turn this into a business venture. He was never able to make money off of social media while he played, but current college athletes can now. Johnson said he wants to help the current landscape of collegiate athletes grow their brand and online presence.

The Captain Kirk class is now in session.

"I went to school ... corporate communications, and learned about advertising. I've always been into film. I took what the University of Texas taught me and applied it right away and was very good at it. If you want to go somewhere great, you can't be the industry standard. You got to go somewhere that's new. If you go to UT and you're one of my guys, I got you. I'll get you right."

Johnson told KVUE he feels like he missed out on not being able to monetize his social media while he was at UT, but the thing about trailblazers is that they don't sit still.

Johnson's mind is already moving at a million miles an hour, trying to come up with the best way to position himself within the new era of college athletics.

Swim caps for thick, curly hair not allowed at Olympics

Austin FC vs. LAFC: Here's what you need to know