Smith has been out during spring ball due to a broken foot. 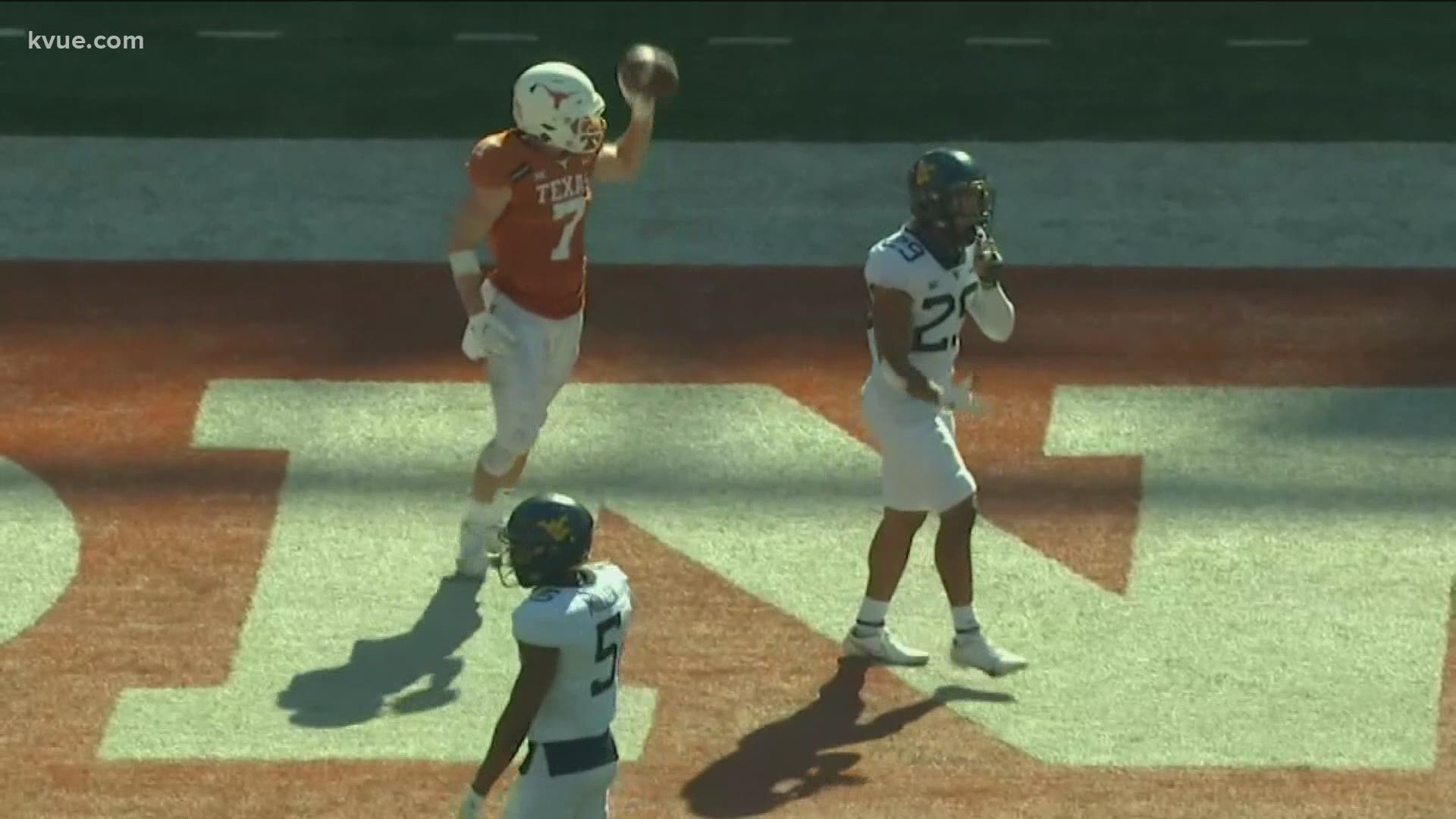 AUSTIN, Texas — Texas Longhorns wide receiver Jake Smith has entered his name into the NCAA Transfer Portal, according to KVUE's media partners at the Austin-American Statesman.

Smith has been a versatile weapon for UT's football team since the moment he stepped on campus, playing significant minutes as a freshman and sophomore the past two seasons.

As a freshman, Smith played in all 13 games, hauling in six touchdowns for the Longhorns. His sophomore season saw a slight drop in production, playing in seven games and starting in six, and he caught 23 passes for 294 yards and three touchdowns.

By all accounts, Smith was expected to be one of UT's playmakers in the new-look offense coach Steve Sarkisian is bringing over from Alabama. Smith, however, has missed most of the spring under Sarkisian due to a broken foot.

Jake Smith is out with a broken foot and will not be playing in today’s Spring Game.

So unfortunately, All Gas No Breaks turns into All Gas No Jakes for the afternoon.