Hayes ranked third in the Big 12 in blocked shots per game and set a Texas Longhorns record for field goal percentage. 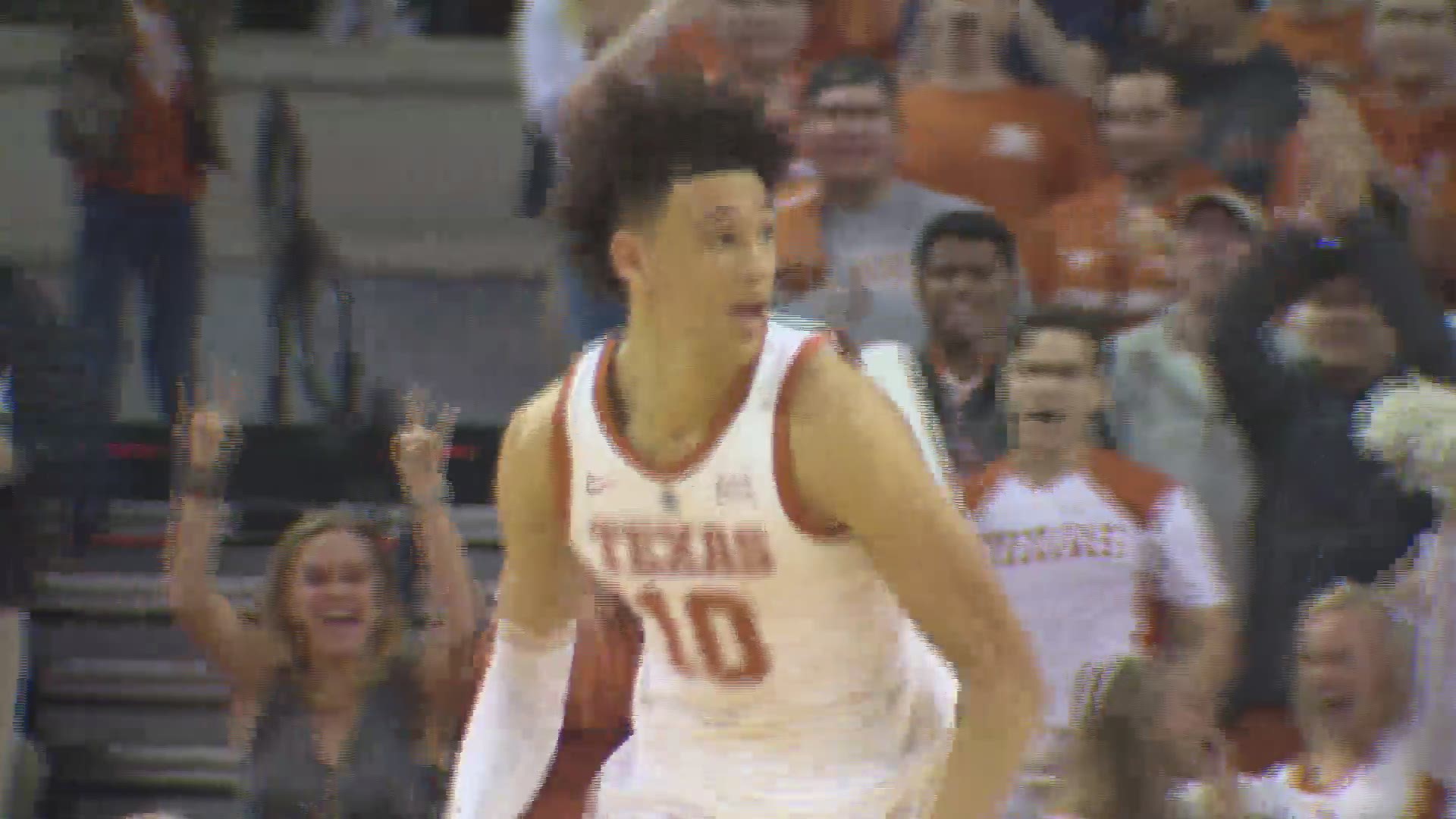 AUSTIN, Texas — It’s not a surprise Jaxson Hayes has joined the one-and-done club.

The Texas Longhorn freshman big man has declared his intentions to enter the NBA Draft and hire an agent.

"I have always dreamed about playing in the NBA,” Hayes continued. “Now that I have the chance to realize that dream, I would like to pursue that opportunity. I am declaring for the 2019 NBA Draft and will be hiring an agent.”

The 6-foot-11-inch Big 12 Freshman of the Year from Cincinnati, Ohio, suffered a knee injury during the latter part of the season – an injury which prevented him from playing during UT’s run to the NIT championship.

Hayes is projected to be an NBA lottery pick. The NBA Draft is on June 20.

“I’m really proud of Jaxson for the tremendous attitude he’s demonstrated all year and the unprecedented growth that he’s made,” Texas Head Coach Shaka Smart said. “He’ll always be a part of our Longhorn Basketball family, and we look forward to supporting him in the next steps of his journey.”

Commentary: Is Texas a basketball state, too?