Here is a look at the Texas Longhorns softball 2021 season. 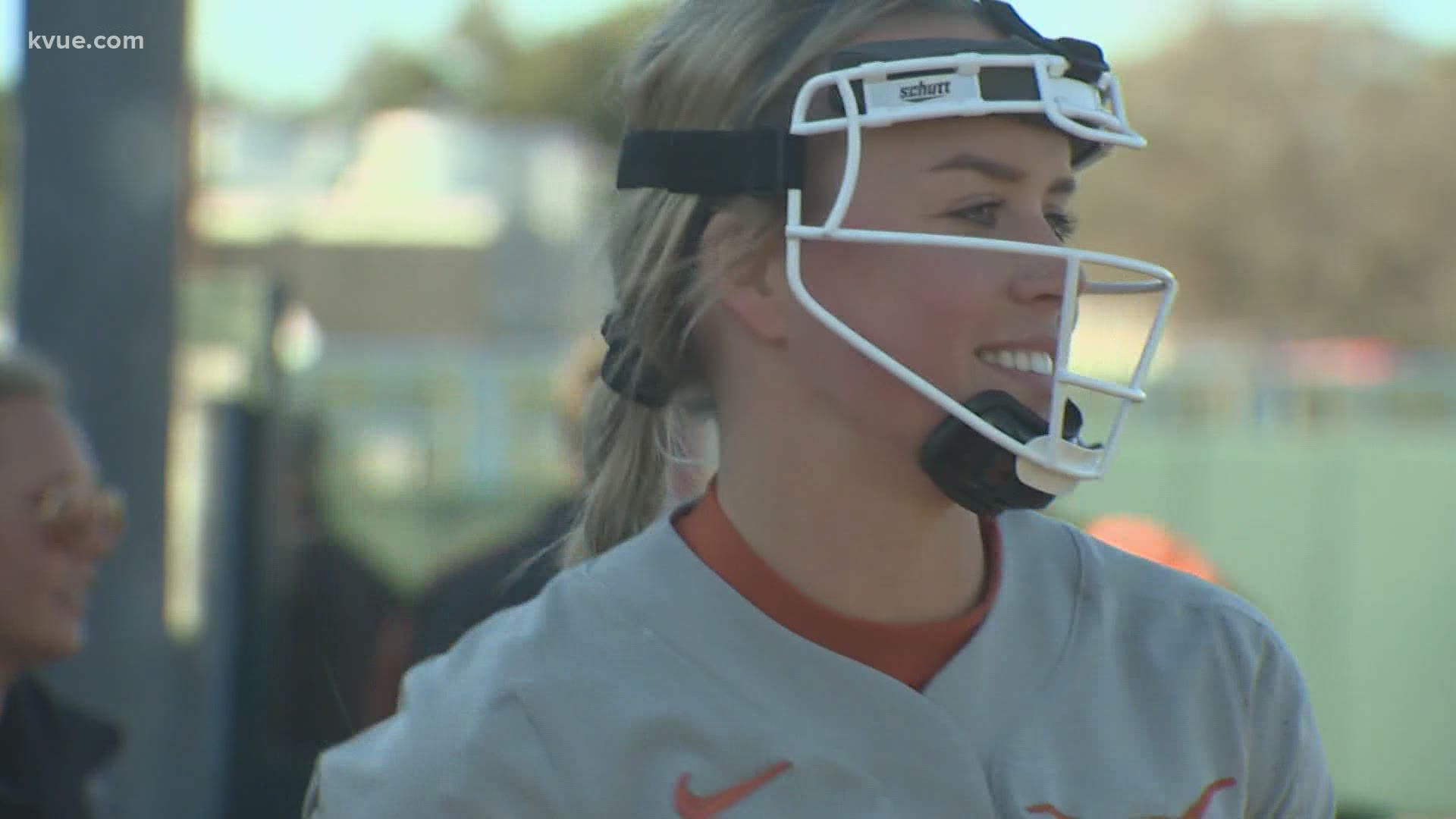 AUSTIN, Texas — The Texas Longhorns softball team will play against 10 teams ranked or receiving votes in the 2021 USA Today/NFCA preseason poll. Five of those squads are rated in the Top 10: No. 3 Arizona, No. 4 Oklahoma, No. 5 LSU, No. 8 Alabama and No. 9 Louisiana. Texas will also battle No. 11 Oklahoma State, No. 20 Mississippi State and No. 22 Baylor as well as two teams receiving votes in North Texas and Texas Tech.

The postseason begins with the annual Big 12 Tournament at the USA Hall of Fame Stadium in Oklahoma City, Oklahoma, on May 14 and May 15.

The NCAA Tournament schedule gets underway at campus sites from May 21 to May 23 with NCAA Regionals and follows with the best-of-three NCAA Super Regionals from May 27 to May 30. The annual Women's College World Series at the USA Hall of Fame Stadium in Oklahoma City, Oklahoma, is scheduled to be from June 3 to June 9.

Jefferson was named to the first team at second base, while Burke was named to the second team as a first baseman. The UT duo represented two of the seven total Big 12 Conference student-athletes included among the pair of preseason squads.

Here is a look at the Texas Longhorns softball 2021 season: