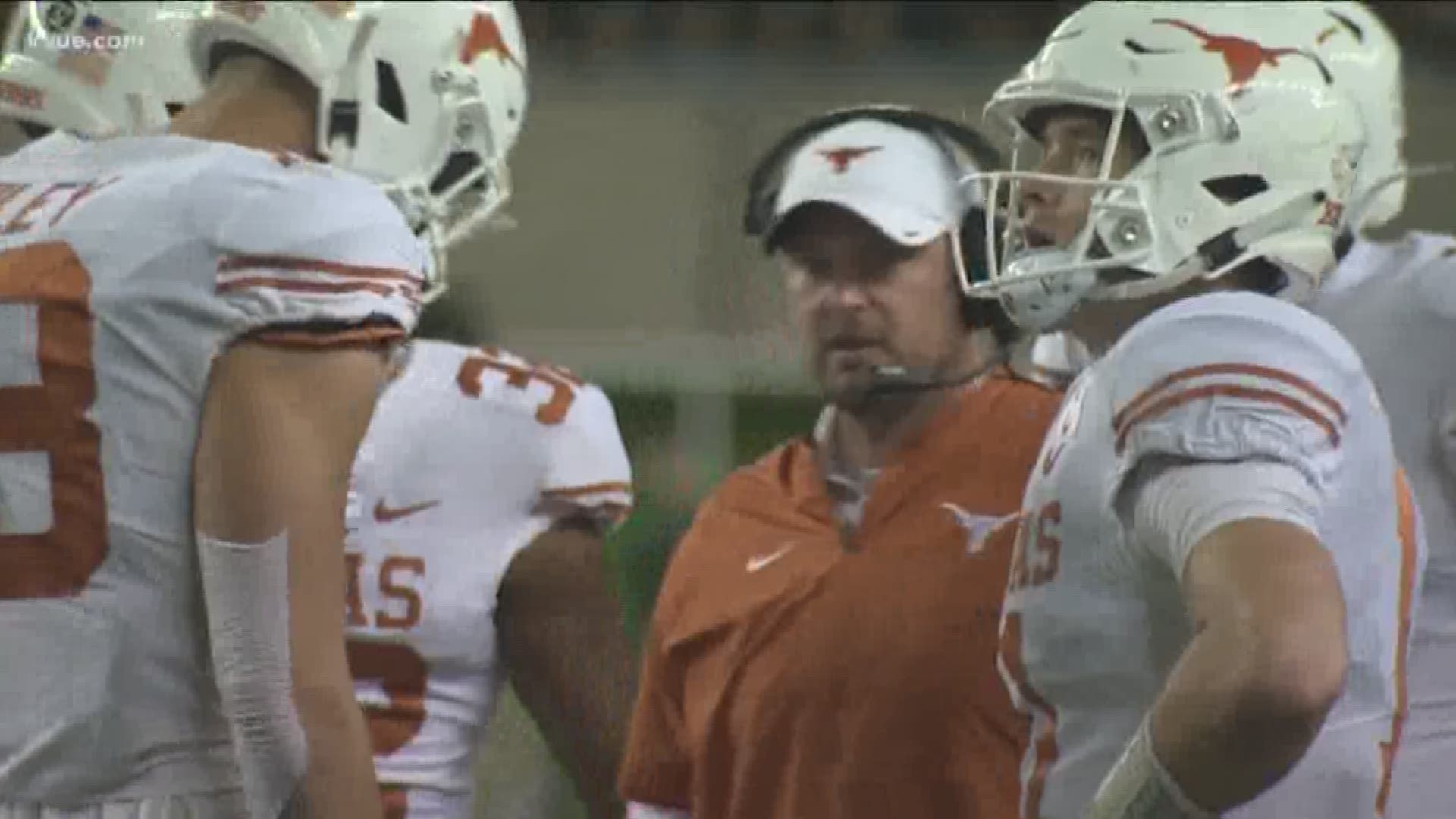 AUSTIN, Texas — COVID-19 has changed the world as we know it.

Concerts, sporting events, weddings ... seemingly everything has been canceled for the foreseeable future or postponed. Major sports leagues have gone on hiatus. The Olympics announced the games would open in the Summer of 2021. The NCAA canceled its spring sports and the Big 12 announced on March 29 it would not allow schools to hold in-person team activities through the end of May.

The college football season doesn't kick off until the fall, but that's not necessarily in the clear either.

During a conference call with local media, KVUE Sports Director Jeff Jones asked Herman if "he could imagine a fall without football?"

RELATED: 'Together, we can make a Texas-sized difference' | Tom Herman urges public to join in helping 'vulnerable fellow Texans'

Herman's answer was honest, but unsettling.

"Whenever our country has been in crisis, we've always had sports to turn to," Herman added. "I'll never forget ... one of the moments of your life where you'll never forget where you're at is when after 9/11, President Bush threw out the first pitch ... and the crowd at Yankee Stadium was chanting U-S-A! U-S- I'm getting choked up even thinking about it. [Sports] is what has always brought us together and now you're telling me that the one thing that is causing this crisis is jamming 100,000 people into a stadium. It's hard because we don't have that outlet. We don't have sports to kind of take our minds off the tragedies that are going on around the world."

Herman said he doesn't think anything is off the table at this point, including potentially canceling the 2020 college football season.

WATCH: Austin athletes giving back to community amid COVID-19 crisis