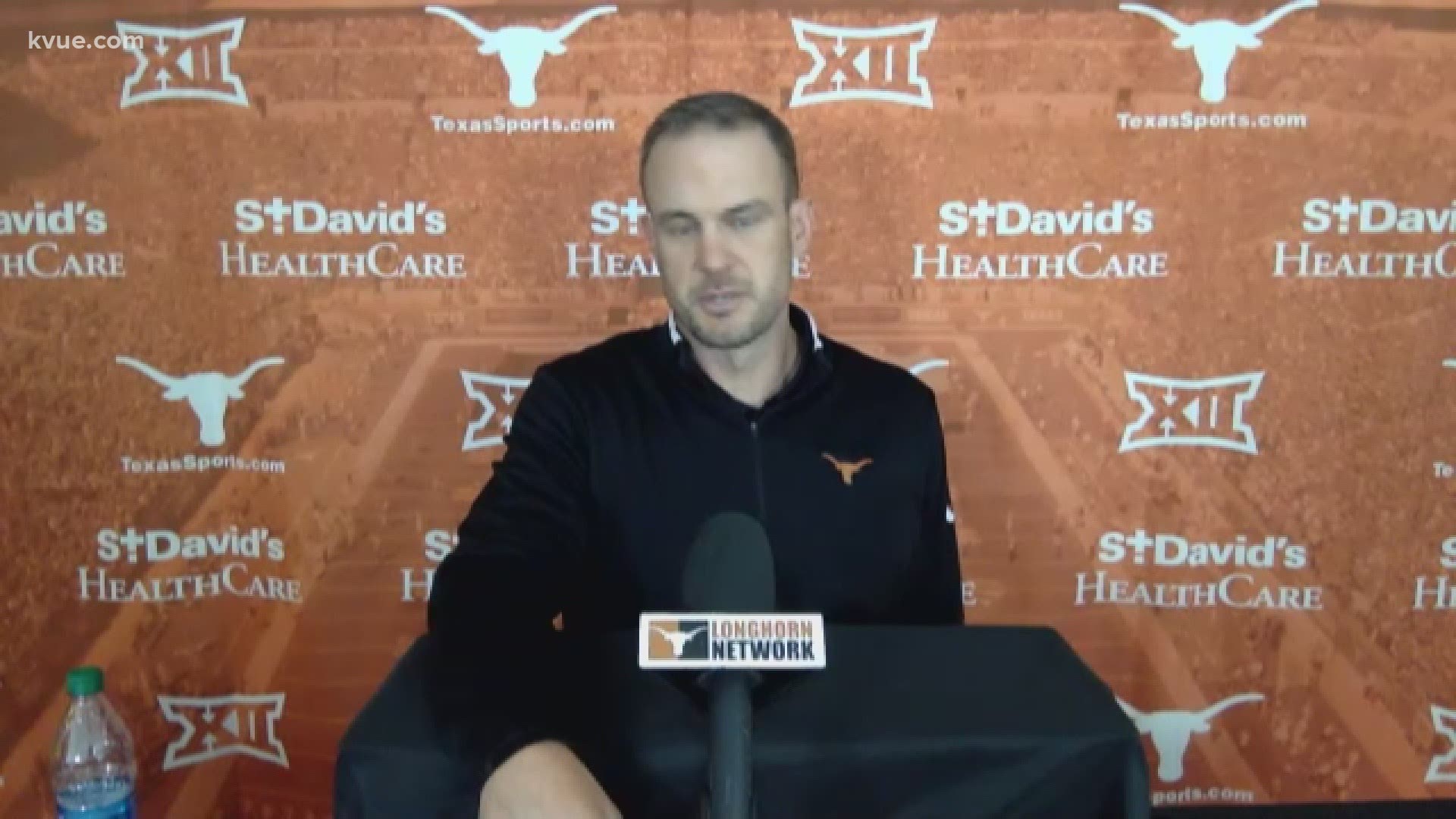 AUSTIN, Texas — In a press conference on Monday, Texas Longhorns coach Tom Herman addressed rumors about his job security and about former Florida and Ohio State coach Urban Meyer being named as his replacement.

Under Herman’s leadership, the Longhorns are 30-17 overall and 21-12 in Big 12 play. With Texas 5-2 this year, Herman was asked about rumors circulating on social media that are seen by players and recruits.

“There’s a section of people … [within] our enterprise that know the truth, and then there’s rumors,” he said. “There’s unnamed sources, there’s agendas, there’s internet reporters with agendas that claim their own opinion as fact and hide behind unnamed sources and things of that nature. So the player part is really easy, almost comical to the point where sometimes a kid will come up to me and say, ‘Coach, you'll never guess what lunacy just came across my feed.’”

But Herman said the recruiting is “a different story.”

“When you have the things that have been written about us and our program, myself and our future, very unfounded articles that state opinion as fact, that state unnamed sources as factual, that’s very hard to defend against. If I’m a competing recruiter, what do you do? You press print and you say, ‘Look, this is true. It must be true, it’s on Orangefans.com,'” Herman concluded.