"[Stadium capacity] is obviously going to be at 25%, so I don't know if only 25% of the tortillas are going to be thrown or what." 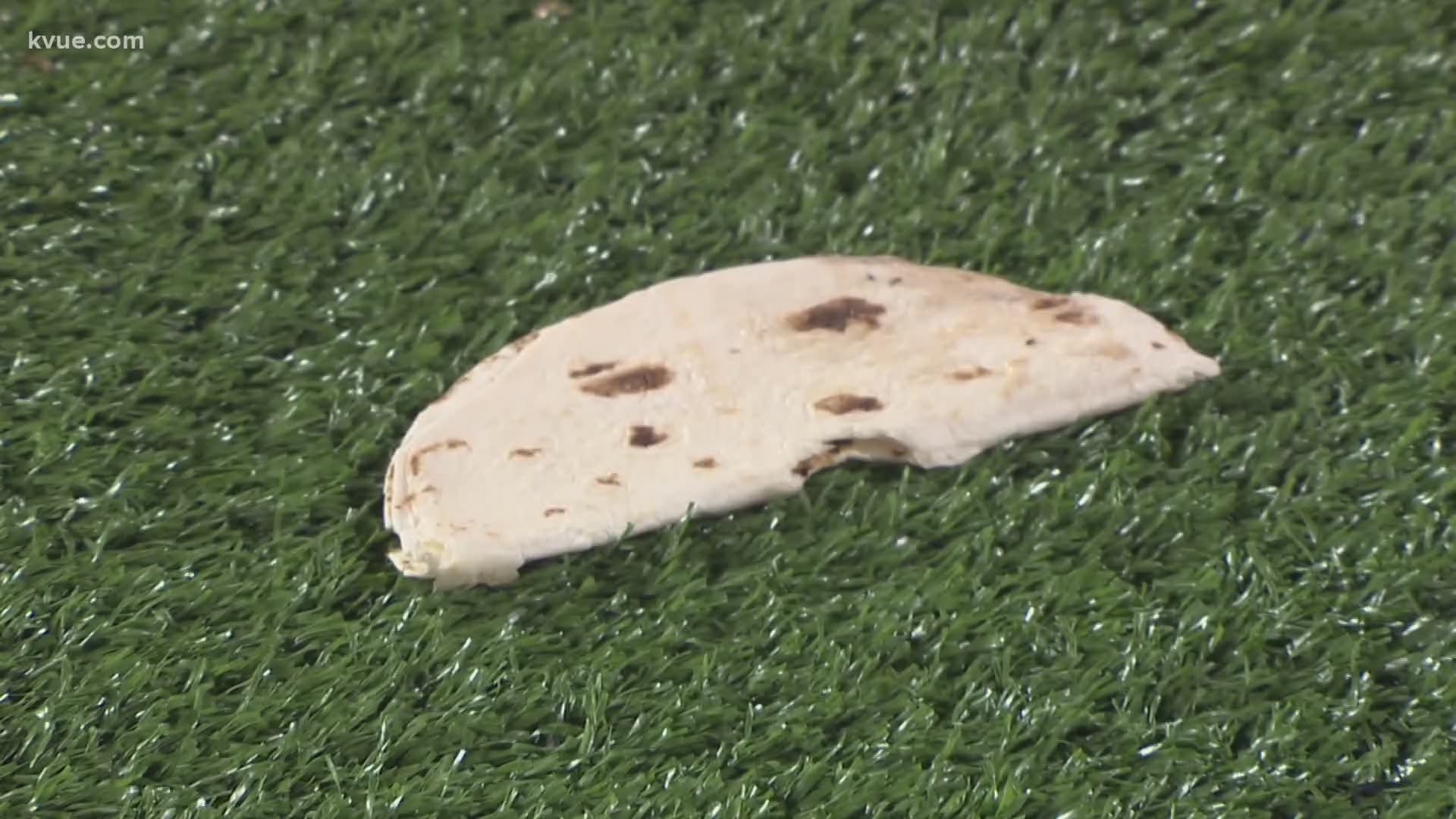 Every year, the game usually features a couple of high-scoring offenses in an in-state rivalry. And if the game's in Lubbock, it also means players and coaches deal with flying tortillas.

For years, Red Raider fans have tormented and confused opponents by throwing tortillas on the field.

It's a tradition that started decades ago with the origin up for debate, but what we know for sure is the annual tortilla toss is unique, memorable and it will be different from Jones AT&T Stadium limited to 25% capacity.

"You know, I think my favorite is the tortillas," quarterback Sam Ehlinger said.

"They do not like us, you know, getting tortillas thrown at us every five minutes, but in my opinion that makes the game even more fun," defensive lineman Ta'Quon Graham said.

"[Stadium capacity] is obviously going to be at 25%, so I don't know if only 25% of the tortillas are going to be thrown or what," offensive lineman Derek Kerstetter said.

After searching and asking around about the tortillas, the explanation given a few times is that a sports personality went on-air and said, "there's nothing in Lubbock but Tech and a tortilla factory."

And the rest is history.