Texas-OSU games have not been kind to Longhorns in recent years. Here's why this game might not be a surefire win for UT.

Despite Texas being ranked No. 12 in the nation and Oklahoma State being unranked, recent history shows a looming reality for the Longhorns. 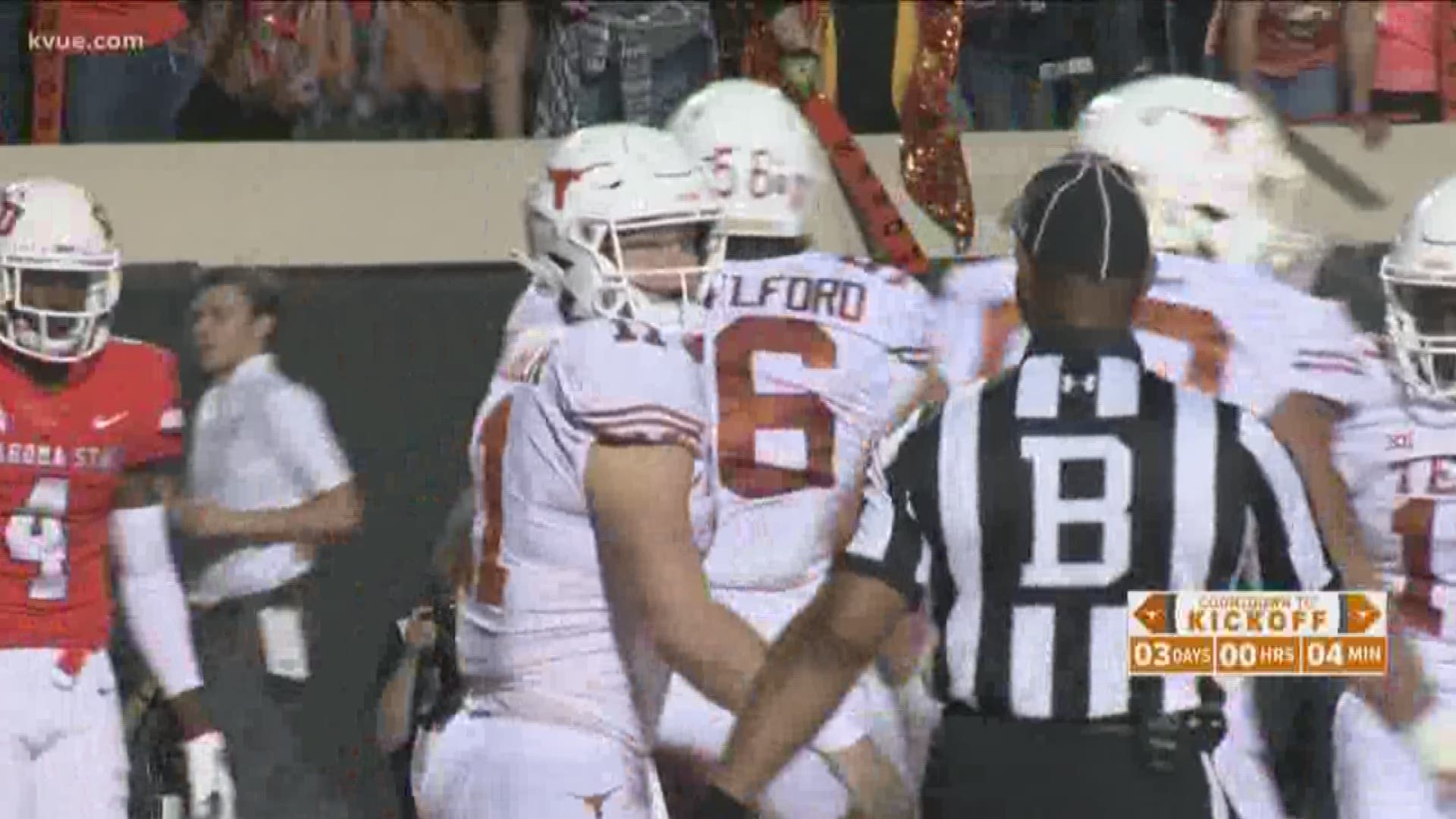 AUSTIN, Texas — Longhorn fans may see their No. 12 ranked Texas team scheduled against an unranked Oklahoma State Cowboys team and assume it'll be a surefire win.

Recent history shows, however, that may not necessarily be the case. If the past 10 years – or even as recent as the past three years – are any indication, Texas could be in for a bit of a dogfight.

Let's start with a few looming stats for the Longhorns:

Tom Herman is certainly aware of the problems this Oklahoma State team presents, too. In his Monday press conference, Herman was asked about the defensive outlook as he prepares for Oklahoma State. He chose to reference Armageddon in his answer.

"I've used the phrase before, it's a scene from Armageddon, right? It's the scariest environment imaginable -- that's all you had to say," Herman said. You know, they have the nation's leading rusher. They've got an All-American wide receiver. They have a quarterback that can not only throw it to that receiver, but is a threat with his running ability, too. It's going to be a challenge, for sure, but you can't sell your soul I guess to stop one because they're so proficient in the other (areas). You just have to be sound."

Oklahoma State is also the only Big 12 team remaining that Texas has not beaten in the Tom Herman-era.

"(Gundy has) obviously done a really good job of two things: one, evaluating talent and recruiting and recognizing some diamonds in the rough," Herman said. "And then he develops the heck out of his guys. They've had a lot of skilled athletes go on to get drafted. That's what you think of when you think of (Gundy): talent evaluation on the recruiting end and then development once they get there. Obviously his offenses speak for themselves."

Texas' losses have come in nail-biter games, too, so it may be wise to expect another if history were to repeat itself. Out of the past four losses to Oklahoma State, in three of those four Texas lost by a field goal.

Last season, in particular, ended with a heated exchange between the two teams. Texas was issued two penalties at the end of the game as Oklahoma State kneeled the clock out.

If Texas does turn the tables of recent history and beat Oklahoma State, the win will:

• Be Texas' 911th victory all-time, keeping UT as the third-winningest program in college football history.
• Mark Tom Herman's 42nd victory as a head coach and his 20th at The University of Texas.
• Push the Longhorns' record to 15-8 in games played in the state of Texas since Tom Herman took over as head coach prior to the 2017 season.
• Make Texas 7-2 at Darrell K Royal-Texas Memorial Stadium since the start of the 2018 season.
• Improve Texas' record to 19-5 all-time in Big 12 openers and 16-8 all-time in Big 12 home openers.
• Mark Texas' 25th all-time victory over Oklahoma State.
• Snap the four-game losing streak against OSU.
• End the five-game losing streak against the Cowboys when playing at Darrell K. Royal-Texas Memorial Stadium.