Game time set between Longhorns and Cowboys set for Sept. 21 on KVUE. 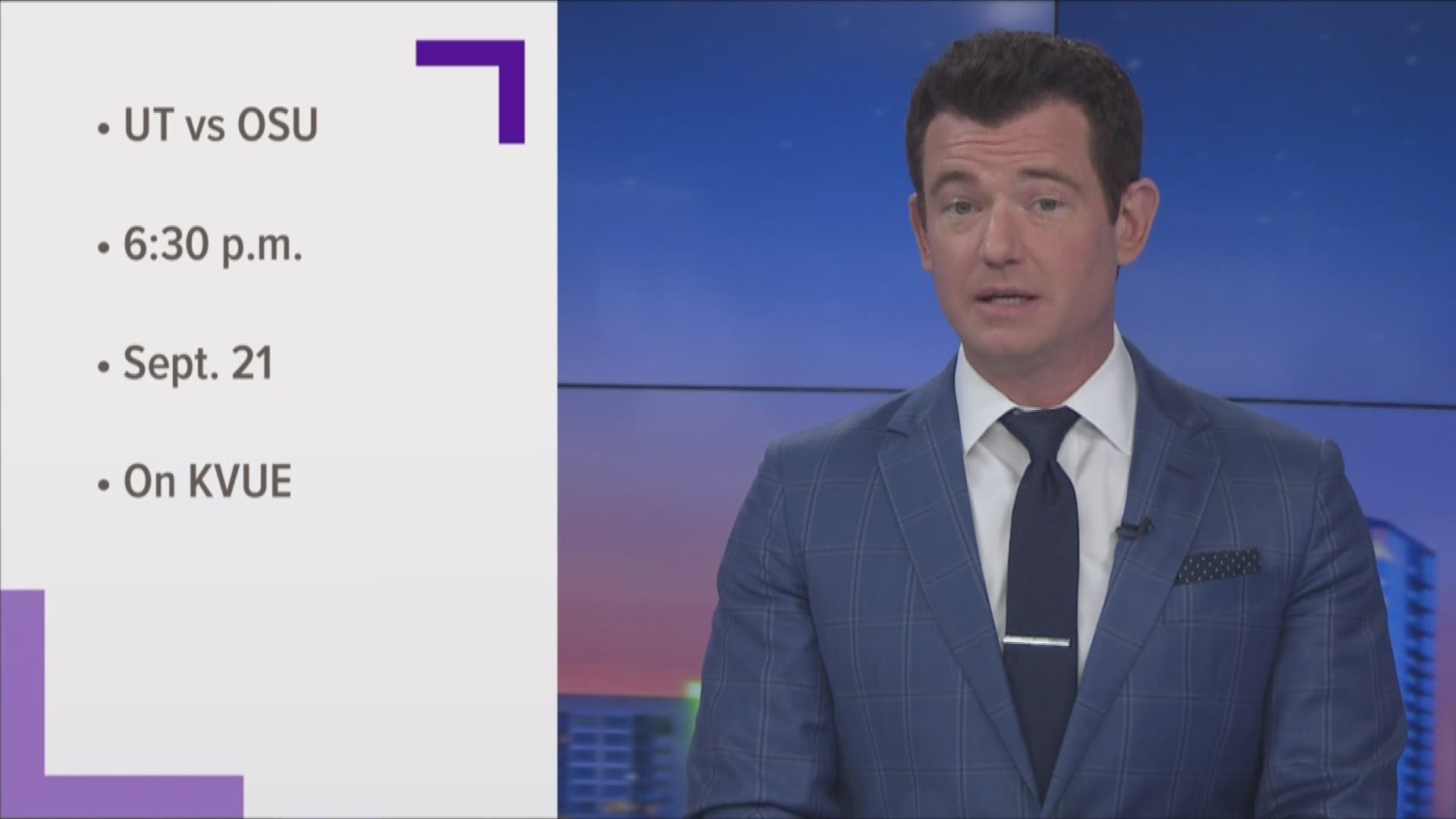 AUSTIN, Texas — If you didn't get a chance to see the Longhorns take on LSU, the next home game will be Sept. 21 against Oklahoma State.

The Big 12 Conference announced on Sept. 9 that the Longhorns and Cowboys kickoff at 6:30 p.m. CT right here on KVUE.

Texas enters the matchup after defeating Rice at NRG Stadium in Houston, 48-13.

According to UT Athletics, the Longhorns own an all-time record of 24-9 against Oklahoma State, including a 14-6 record in Austin. UT's clash with the Cowboys will mark the fourth time in the last 10 seasons that the Longhorns will start conference play at home.

The last time the Longhorns faced the Cowboys they lost 38-35 in Stillwater. But fans are hoping for a different outcome after the team's 45-38 loss to LSU Saturday.

While you have to wait a couple more weeks to see the Longhorns take on the Cowboys, you can watch UT's battle against Rice at NRG Stadium at 6:30 p.m. CT on KVUE.