The Longhorns won for the sixth time in the past seven meetings. It was the first meeting on Texas soil since Texas A&M joined the SEC in 2012. 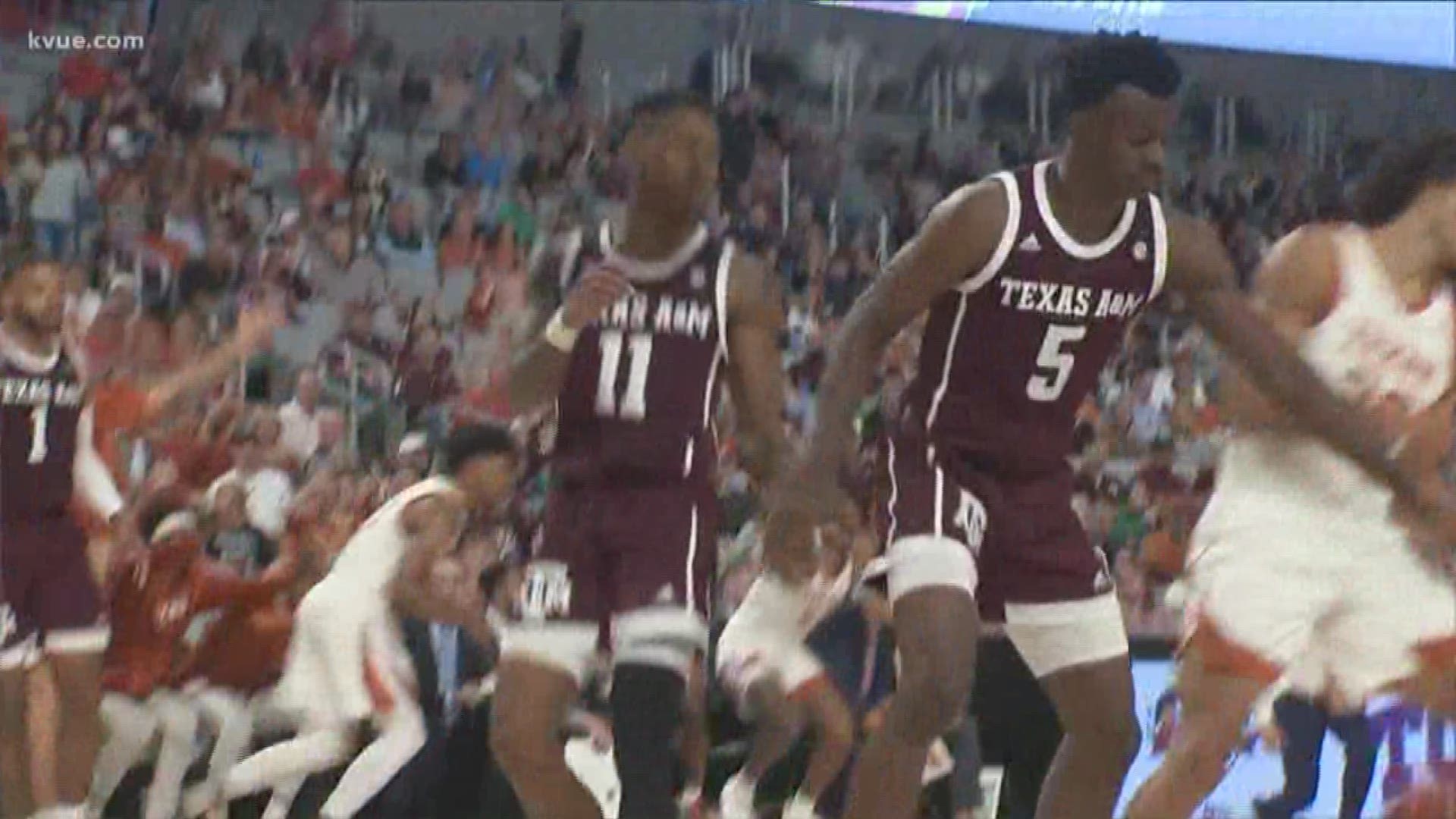 FORT WORTH, Texas — (AP) — Jase Febres scored a season-high 17 points and Texas beat Texas A&M 60-50 on Sunday in the first meeting between the longtime rivals in four years and the second since the Aggies left the Big 12 for the Southeastern Conference.

The Longhorns (8-1) won for the sixth time in the past seven meetings after Texas A&M ended a five-game losing streak in the series with a victory at a tournament in the Bahamas in 2015.

It was the first meeting on Texas soil since Texas A&M joined the SEC in 2012, and the second game at the new Dickies Arena two days after TCU played the first one in the venue not far from its Fort Worth campus.

Before their split, the Longhorns and Aggies had been in the same conference since 1917, starting with the Southwest Conference before the switch to the Big 12 in 1995.

Texas’ Andrew Jones was the game’s other double-figure scorer with 12. Courtney Ramey had seven assists to go with seven points.

The Aggies had just 17 points at halftime, trailing 27-17, while shooting 48% for the game. After Miller pulled Texas A&M within six with a bucket in the second half, Febres hit a 3 to start a 10-2 run that pushed the Texas lead to 14.

Texas A&M: The Aggies simply don't have much firepower, coming in with a leading scorer at 10.7 points per game (Savion Flagg, who scored eight). They'll have to compete with defense while Williams tries to rebuild the program.

Texas: The heavy emphasis on 3s was a bit of an aberration for the Longhorns, who came in attempting about twice as many shots from the inside the arc. The numbers were significantly tilted toward the 3 before balancing out late.