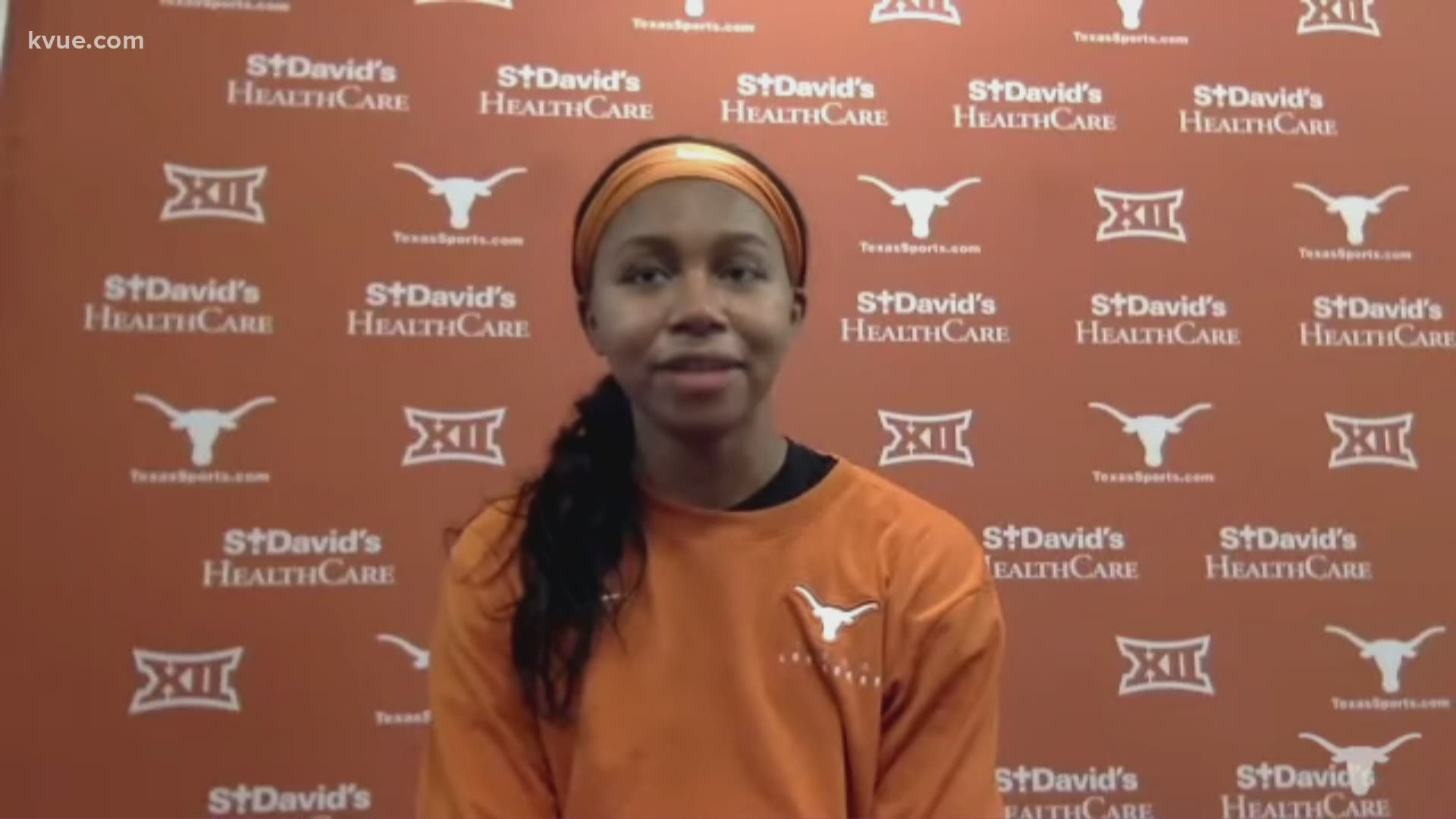 MORGANTOWN, W.Va. — Editor's note: The video published above is a KVUE Sports report after UT came back to beat Baylor earlier in the 2020 season.

After defeating the West Virginia Mountaineers 3-0 on Friday, the Texas Longhorns volleyball team had secured the 2020 Big 12 Championship.

Texas was ranked No. 1 in the initial 2020 AVCA Top-15 poll, which was released on Sept. 30, and have remained in that spot ever since.

UT came into the two-match series 16-0 all-time against West Virginia. Thursday's 3-1 win and Friday's 3-0 win keeps the Longhorns undefeated against the Mountaineers and improves the team to 10-0 all-time when playing in Morgantown, according to Texas Athletics.

Texas has now won its fourth consecutive title and 13th overall. The Longhorns have won or shared nine of the past 10 league titles and 12 of the previous 14.