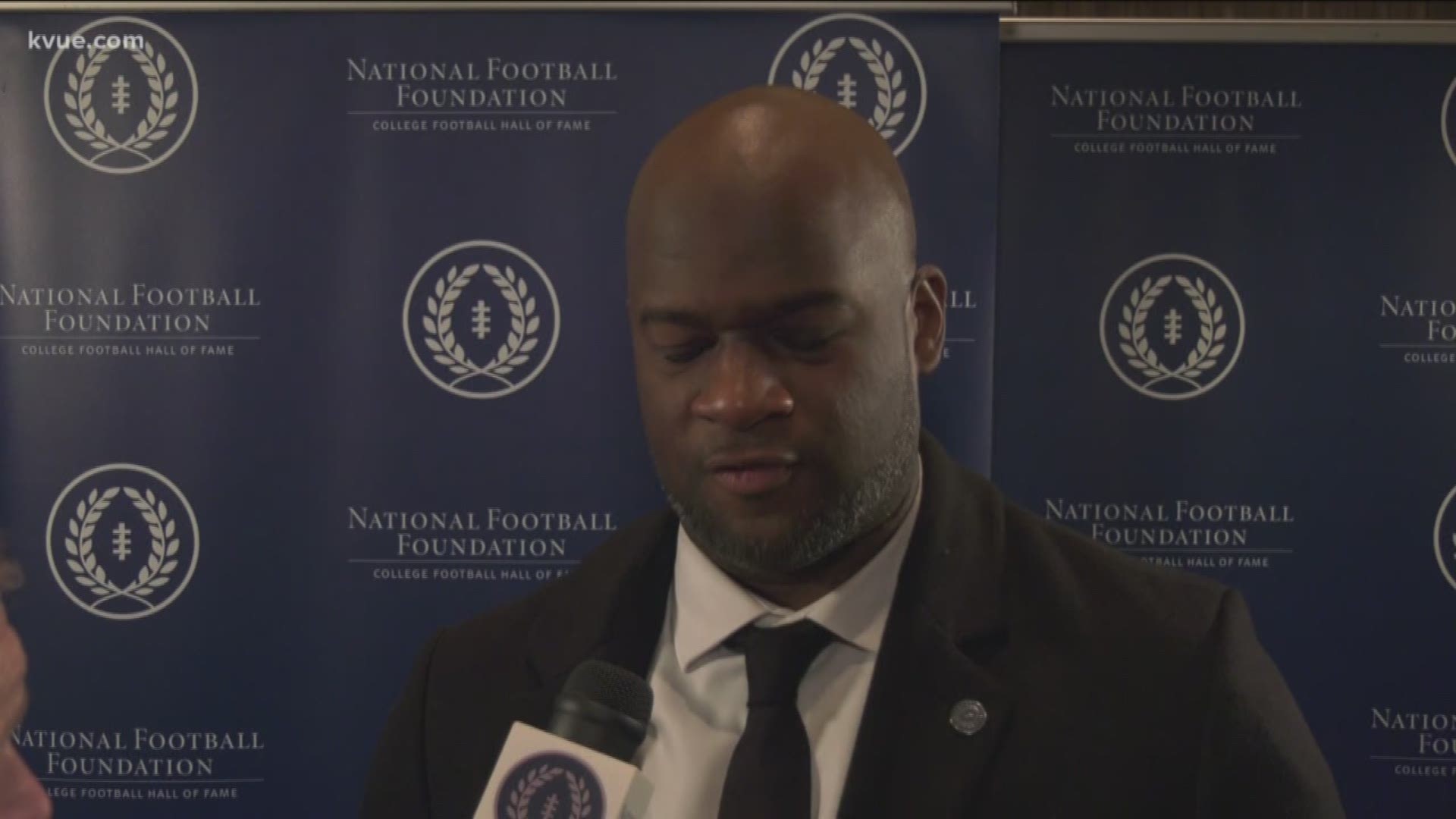 Young is a part of the 2019 class that was inducted into the College Football Hall of Fame in Atlanta, Georgia. Young was included in the 2019 class announcement in January of 2019, which features Torry Holt, Darren McFadden, Joe Thomas, Raghib Ismail, Troy Polamalu and more.

Young is the 23rd Longhorn inducted into the College Football Hall of Fame. In 2018, former Texas head coach Mack Brown was enshrined.

The University of Texas released the following statement from Young regarding the announcement:

“When I think about it, the honor is meaningful in so many ways and this award is full of reminders. It’s a reminder that I came from a broken home and an under-resourced community where the odds are against us all. It’s a reminder that I was given the chance to play for The University of Texas through the support of my family, hard work and dedication. It’s a reminder of the work my teammates and I put in, especially when no one was watching. It’s a reminder of all the adversity we have gone through and overcome. And last, but not least, it’s a reminder of all the awards, challenges and championships my brothers and mentors have won together. None of us have accomplished anything alone, and I’m thankful for everyone in my life. This honor means the world to me and my family, and as I think about it, two powerful words say it all: life changing.”

13 years ago, the Texas Longhorns became national champs in thrilling win over USC

In his career at Texas, Young was 30-2 as a starter and was the runner up to USC's Reggie Bush for the 2005 Heisman Trophy. Young's career stats at Texas are as follows:

Young's No. 10 is one of six retired numbers in program history:

And who could forget the 2006 Rose Bowl? Cemented in the dreams of Longhorn fans and alumni alike, Young delivered an inspring performance in what many have dubbed the greatest college football game ever played. Young threw for 267 yards, ran for 200 more and scored three total touchdowns en route to Texas' 41-38 win over USC.

On the eve of Young's enshrinement, numerous other Longhorns legends and former teammates gave tribute to him. Colt McCoy, Michael Griffin, Mack Brown, Derrick Johnson and others all congratulated No. 10.

"Congrats to @VinceYoung10 on being inducted into the College Football Hall of Fame tomorrow! Here are a few Longhorns who are just as excited as we are. #HookEm🤘," Texas Athletics tweeted.