UT will play Arkansas next, who are coming off a 38-17 win against Rice. 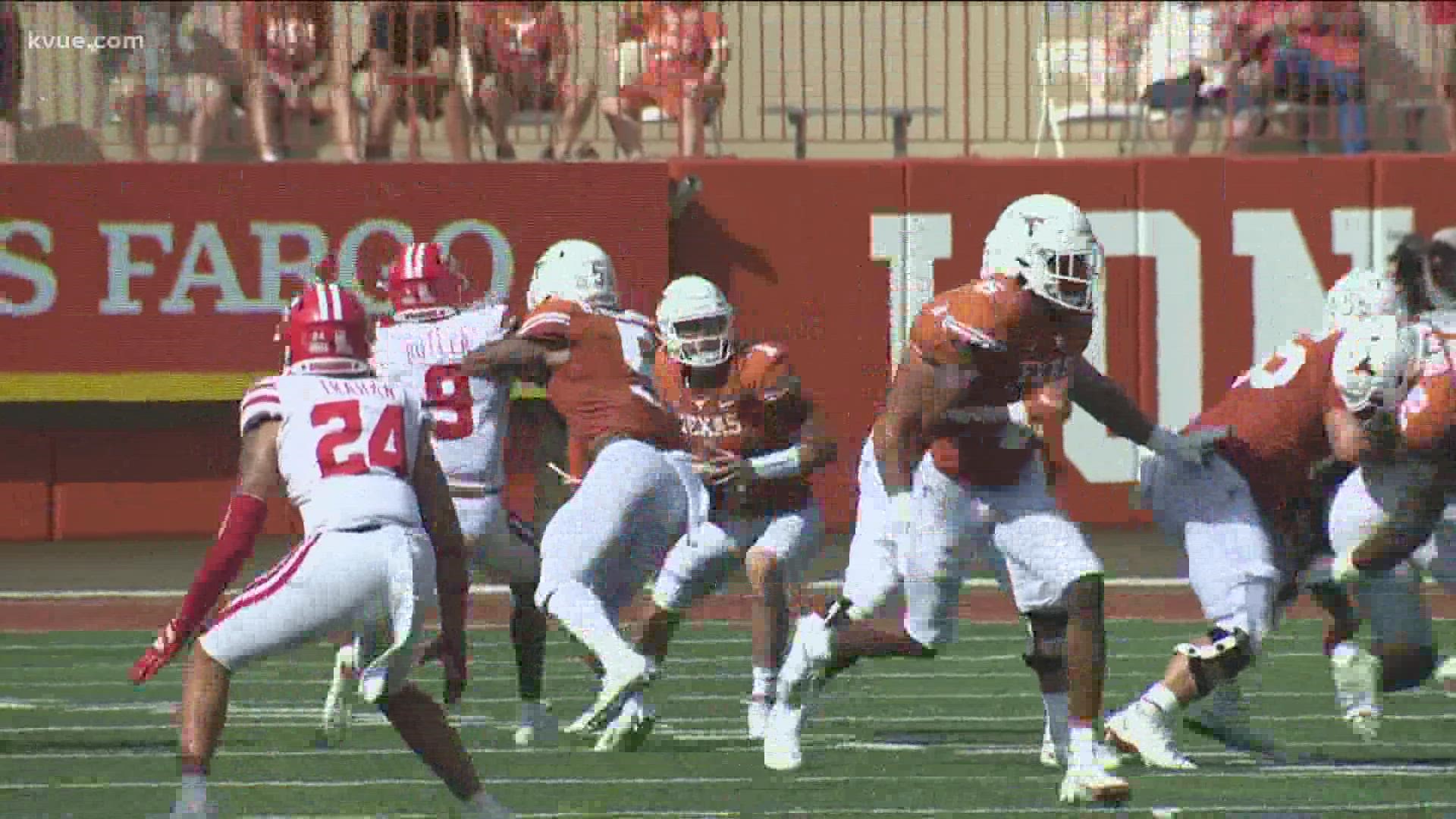 AUSTIN, Texas — In front of a full-capacity crowd in the newly-renovated Darrell K. Royal-Texas Memorial Stadium, the Texas Longhorns started the 2021 season off strong with a 38-18 win against the No. 23 ranked Louisiana Ragin Cajuns.

The biggest storyline heading into the game was UT's quarterback competition. Austin native Hudson Card started the game at quarterback for the Longhorns, but UT head coach said Casey Thompson would also play in the game. Card led the UT offense for the majority of the game, then Thompson came on with 1:10 left in the third quarter. Card finished the game 14-for-21 passing for 224 yards, two passing touchdowns and a rushing touchdown.

Thompson entered the game with a 28-12 lead already intact. He quickly scored his first touchdown of the game: a 14-yard bubble screen to Jordan Whittington. Whittington led the Longhorns receiving on the day with 113 yards and a touchdown on seven catches. Thompson finished the season opener 4-for-5 passing for 41 yards and one touchdown in his reliever role for this game.

UT's most notable playmaker, sophomore running back Bijan Robinson, scored the first touchdown of the season for the Longhorns on a 18-yard swing pass from Card. Robinson finished the game with 24 touches for 176 total yards, one rushing touchdown and one receiving touchdown.

"I think we did pretty good as an offense for the first week," Robinson said. "We came together and thought we did a pretty good job, and I think that we have a lot more work to do to keep rolling and to be able to be at our full potential. "

Too easy. Child’s play. All smiles. 2 TDs for Bijan. pic.twitter.com/0LxSDLj8pt

After the game, UT head coach Steve Sarkisian said he liked the efficiency of the team's performance.

"I think Bijan did a great job setting the tone," Sarkisian said. "And then obviously Jordan Whittington on third down, making plays for us. Both Hudson and Casey were really efficient. They extended drives. They both made plays. In the end, it was controlling the ball and controlling the line of scrimmage. Getting off the field on third down on defense was big."

Coach Sark is 1-0 as head coach of Texas Football. His thoughts after today’s 38-18 win over Louisiana. #HookEm pic.twitter.com/AtchwskZjF

UT will face the Arkansas Razorbacks on the road next in Fayetteville. The Razorbacks are coming off of a win against Rice on Saturday. Rice had Arkansas on the ropes, however, with a 17-7 lead in the third quarter. The Razorbacks finished the game on a 31-0 scoring run to open their season with a win as well, 38-17. 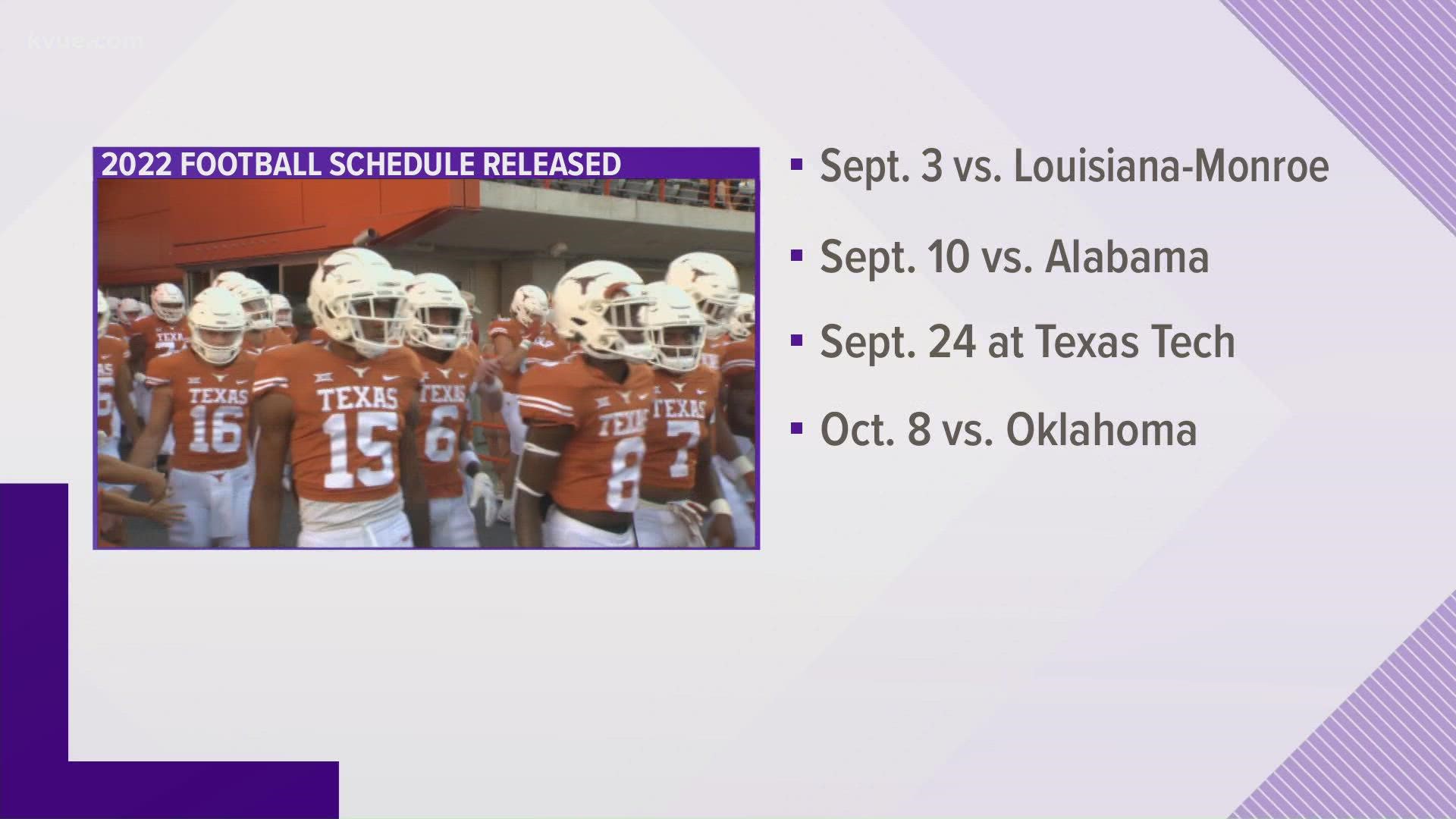