UT releases 2020 football depth chart for UTEP game: Who's starting? Who are the new faces to watch for?

There will be some new names and faces to grace the field at DKR for fans to recognize. 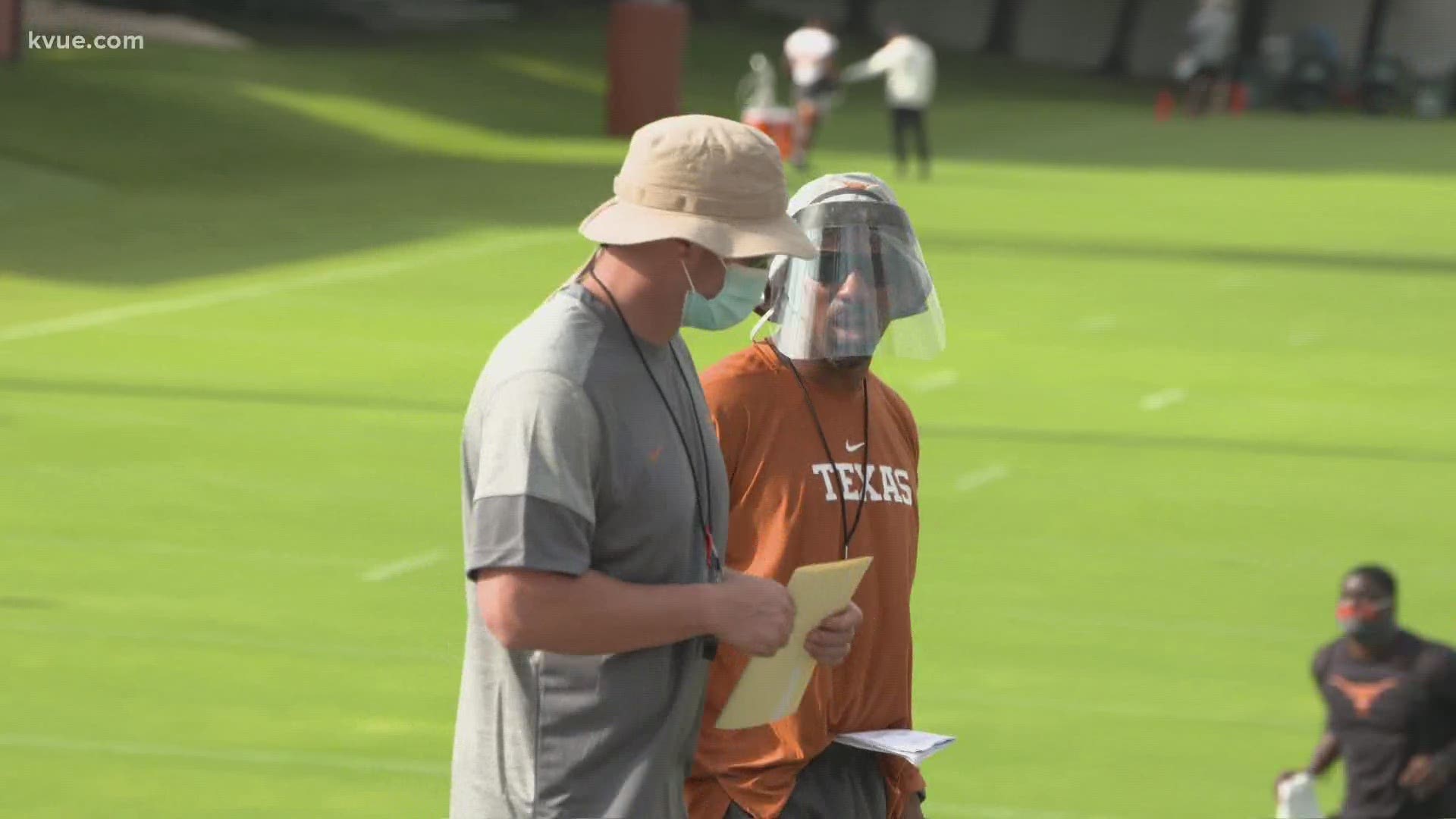 AUSTIN, Texas — The Texas Longhorns kick off their season on Sept. 12 against the UTEP Miners and we now know who is starting for the University of Texas.

The Longhorns released the team's depth chart on Monday ahead of the season opener.

Here's a look at who UT's starters are:

It comes to no surprise that Sam Ehlinger will start at quarterback for the Longhorns as he enters his fourth season in the program. Other predictable starting roles included: Joseph Ossai as the "jack," who has emerged as a defensive leader for UT; Sam Cosmi and Derek Kerstetter returning on the offensive line; and playmakers in the back end of the defense with Caden Sterns and D'Shawn Jamison, both of whom were voted to the All-Big 12 preseason team.

Ehlinger, Sterns and Cosmi were all listed as ESPN Top 50 players in college football, as well.

UT game 1 depth chart is out. Some observations:

-Tarik Black is above Brennan Eagles
-Ayodele Adeoye drops to third at MLB
-Alfred Collins (Cedar Creek alum) is one of three true freshmen on the 2-deep
-Overshown starting
-I still expect Foster and Cook to see the field plenty pic.twitter.com/zzCqSoJA4Q

Texas has released its depth chart ahead of Saturday's season opener.

Texas has played UTEP five times in program history and never lost to the Miners. Read more about the series history here.

WATCH: Texas Longhorns prepare for week one matchup against UTEP amid COVID-19