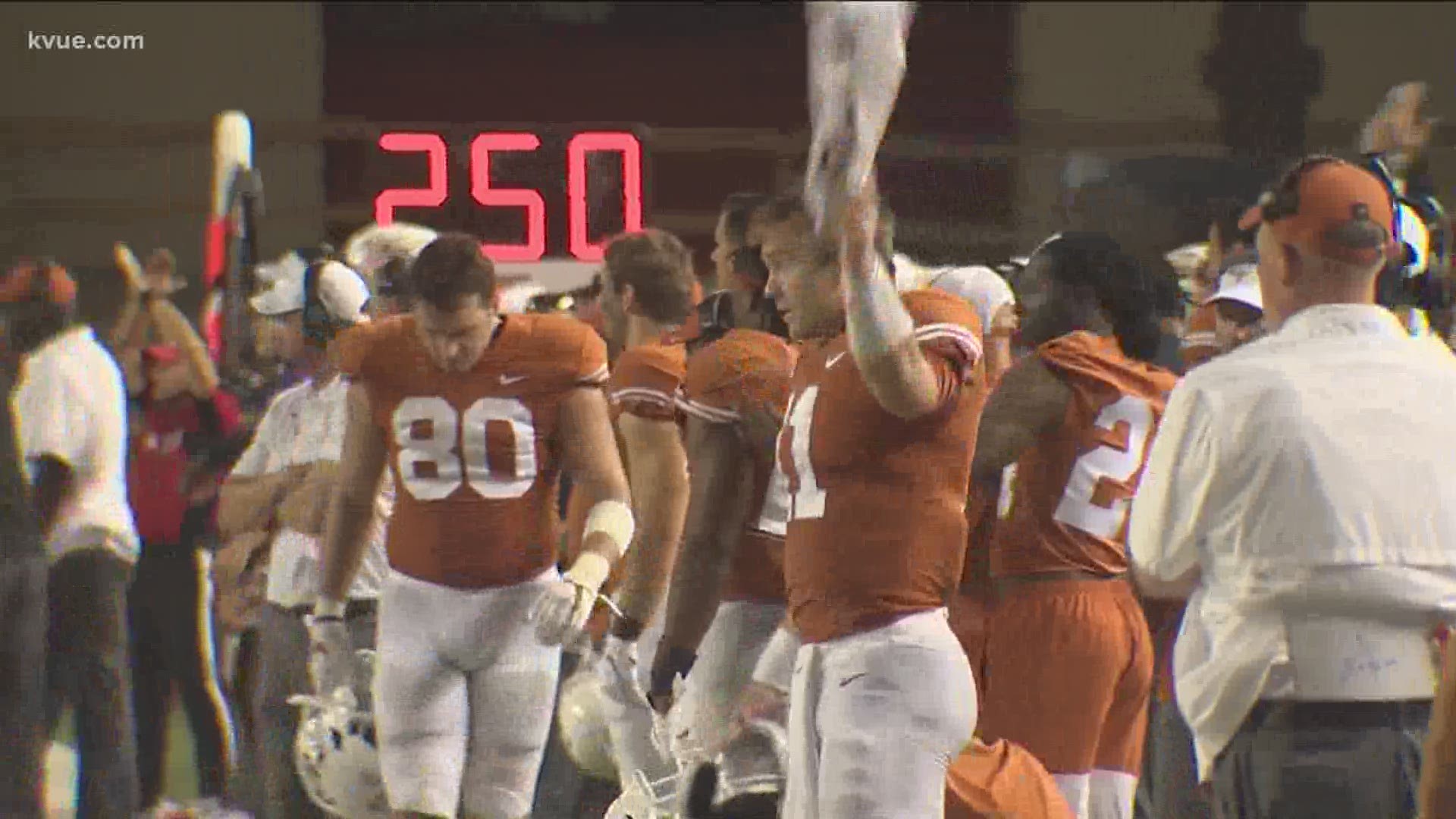 AUSTIN, Texas — The University of Texas Athletic Director Chris Del Conte provided an update on Tuesday in the latest edition of The Forty Acres Insider, UT's athletics newsletter, on the state of Texas Athletics in regards to the coronavirus pandemic.

In the July 28 newsletter, Del Conte said Texas football, men’s basketball, women’s basketball and volleyball combined had zero active cases of COVID-19 among athletes who are on campus.

On June 18, UT announced 13 football players had tested positive for coronavirus and 10 more were self-isolating. In a Forty Acres Insider issue at the beginning of July, Del Conte said several of the student-athletes who previously tested positive completed their 14 days of self-isolation, were cleared and being prepared for return to activity. He also said the number of new cases had leveled off and those student-athletes remained in self-isolation, but he did not specify how many new cases there were.

"With that said, we continue to test our football student-athletes once a week as they progress into mandatory team activities," Del Conte said. "That testing will increase to twice a week as we head into training camp and the season. The number of student-athletes testing positive or being identified in contact tracing has dropped dramatically in the past weeks as universal facial coverings, social distancing and enhanced hygiene have taken hold."

Del Conte said that as of July 24, coach Tom Herman and the football program began the next phase of their preparations for the 2020 season. The team is now allotted 20 hours per week of activities, which include walk-throughs and meetings, Del Conte said.

"All workouts continue to be in small groups and outside at Frank Denius Fields, but progress definitely continues to be positive as we move forward toward the season and the official opening of preseason training camp and full practice slated for Aug. 7," Del Conte said.

"I think college football in the fall is going to be a stretch," Escott said.

UT allowing 50% capacity in Darrell K. Royal-Texas Memorial Stadium would bring roughly 50,000 people into one place, which Escott said is not in the realm of reality. He added that large gatherings were the first thing to close down and should be the last thing to open up again.

UT is scheduled to play South Florida on Sept. 5.