In the Longhorns' first road game of the season, Texas ended the game 48-13. 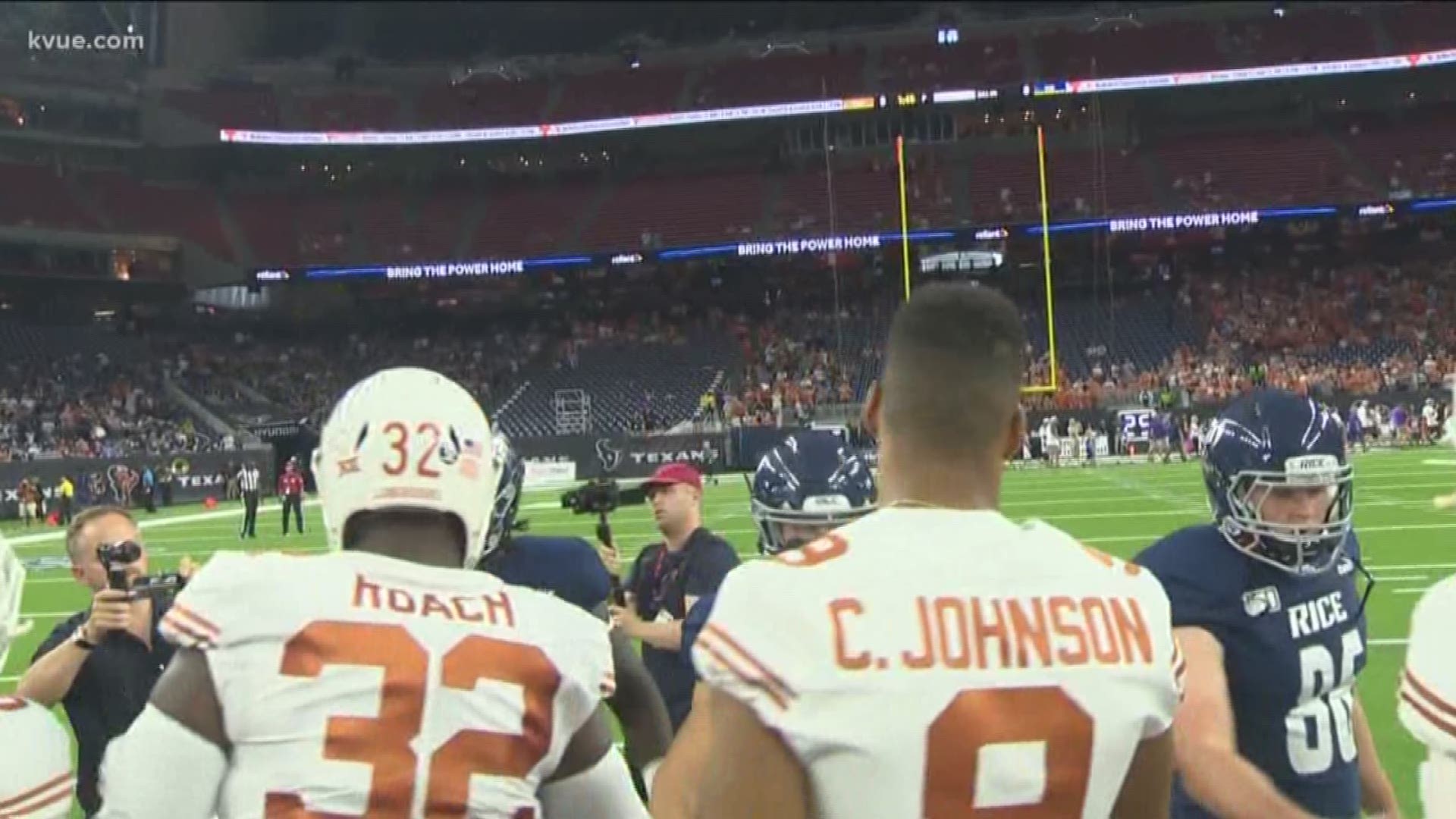 AUSTIN, Texas — After the Texas Longhorns' dominating win against the Rice University Owls, the Associated Press' most recent Top 25 poll has University of Texas football remaining in the No. 12 spot.

In the Longhorns' first road game of the season, Texas ended the game 48-13. Although Rice hasn't defeated Texas since 1994, the Sept. 14 game came after the Longhorns' devastating 45-38 loss to Louisiana State University. Rice entered the matchup 0-2 for the season, losing to Army and Wake Forest.

As the Longhorns look ahead, they will return to Darrell K. Royal-Texas Memorial Stadium to host the Oklahoma State Cowboys, who come off their third straight win of the season. The Cowboys will be 3-0 when they enter DKR, looking to knock off Texas as they did last season, 38-35.

Texas versus Oklahoma State will kick off at 6:30 pm on Saturday, Sept. 21 on KVUE.

In AP's week four Top 25 Poll, Clemson, Alabama, Georgia, LSU, and Oklahoma have remained in the top five rankings. The full poll can be found online.