Texas finished in a three-way tie in final point results, but the Longhorns broke the tiebreaker after finishing in first place of the Varsity Eight race. 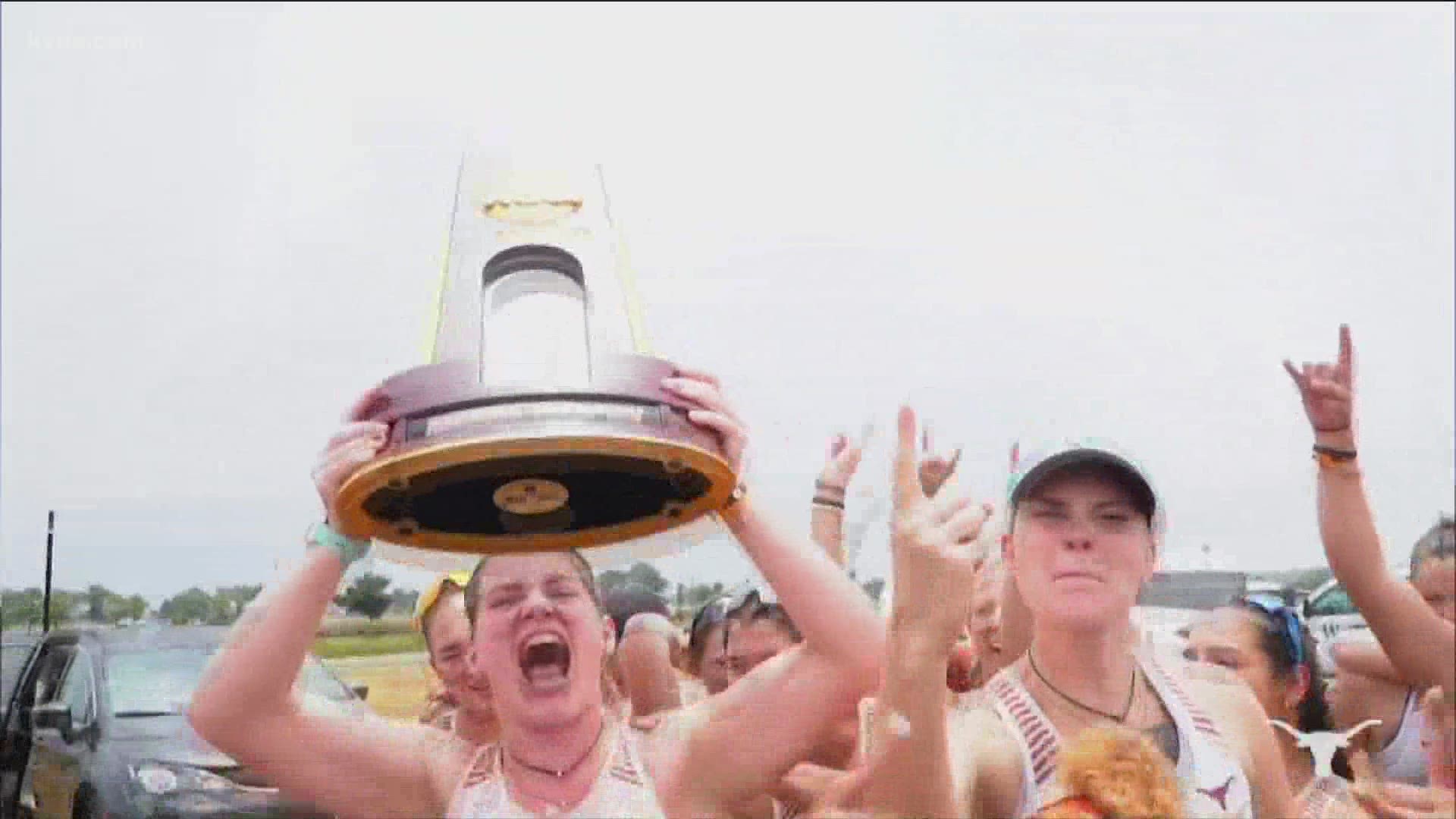 The UT rowing team finished the final point standings in a three-way tie with Stanford and Washington (126 points), but claimed the national championship due to its first place finish in the Varsity Eight race.

Heading into the final race of the season, Texas was in third place in the championship standings with 60 points, trailing No. 2 Washington (66 points) and No. 3 Stanford (64 points). To win the national title, the Longhorns would need to win the grand final and have Stanford finish no better than second while Washington would need to place third or lower.

"There was no shortage of drama in the last race. I knew things had to align perfectly for us to win, but I made a conscious decision not to tell the first eight what was at stake," said Texas head coach Dave O'Neill. "I figured it was best to let them go out and do their thing, and that's exactly what they did."

UT's men’s swimming and diving team won its 15th national title in March and the women’s tennis team brought home its third championship in program history last weekend. Volleyball finished as a runner-up after losing to Kentucky in the national championship, and the women's basketball team lost in the Elite Eight.