Texas Football is back in action Saturday at 3:30 p.m. 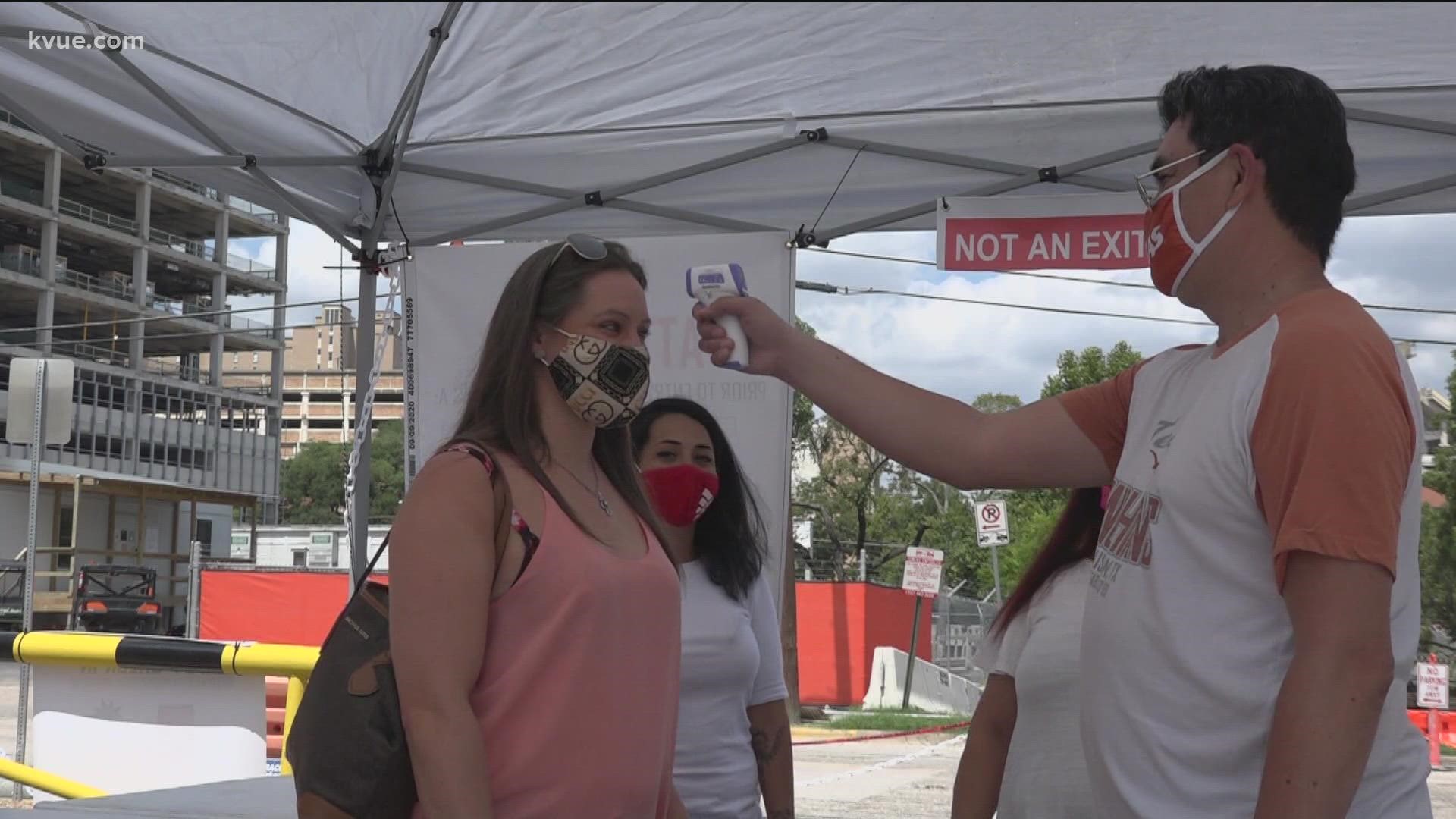 AUSTIN, Texas — College football is back on the Forty Acres! The Texas Longhorns face off against the Ragin' Cajuns for the 2021 season opener Saturday, Sept. 4, at Darrell K Royal-Texas Memorial Stadium. Kickoff is at 3:30 p.m.

We broke down what you need to know about the first Texas Football game of 2021.

Great news for Longhorn fans who like to make a day of it: Tailgating is back on Bevo Boulevard this season! Fans are reminded to not start setting up before parking lots open at 7 a.m.

Some of the new tailgating fun includes a 180-foot zip line down Bevo Boulevard, a kicking competition to test your field goal skills and live mural activations by some of Austin's best street artists.

The Stadium Stampede starts at 1:15 p.m., and Shakey Graves plays Longhorn City Limits starting at 2 p.m. The tailgating venues close at 3 p.m. to give fans time to take their seats before kickoff at 3:30.

And if you're looking for some post-game fun, there will be a silent disco at Longhorn City Limits Saturday evening.

Some COVID-19 precautions will be in place

DRK-Texas Memorial Stadium will be operating at full capacity for home games this fall, so social distancing will be difficult. But there will be some COVID-19 precautions and vaccine efforts in effect this Saturday.

H-E-B plans to hold a vaccine clinic during the tailgating festivities. Fans who show proof of vaccination can receive a voucher for a free 20 oz. soda, popcorn or water.

During the game, masks are recommended but not required. Hand sanitizing stations are set up throughout the stadium and staff will regularly be cleaning high-touch areas.

Who is the starting quarterback?

The Texas quarterback battle has made headlines for months as football fans anxiously waited to see if new head coach Steve Sarkisian would choose Hudson Card or Casey Thompson to be the starter.

The verdict: Card starts – for now. On Monday, Coach Sark announced that Card will start the season opener and Thompson will play in the game. Sarkisian said later in the week that he'll let the flow of the game dictate when and how often each player sees the field, but whoever's out there can take comfort in the fact that there is leadership and experience all around.

Will "The Eyes of Texas" be played?

Yes. Despite months of controversy, in March, UT announced it would continue playing the song after its "The Eyes of Texas History Committee" concluded there was "no racist intent" associated with the song. The committee said the song – which was debuted at a minstrel show in 1903 by singers who were likely in blackface – first appeared during a time where racist settings were "exceedingly common."

UT students have protested the playing of the alma mater as recently as last week.

In July, the UT System voted to accept an invite to join the Southeastern Conference (SEC) in four years. The Longhorns' biggest Big 12 rivals, the Oklahoma Sooners, will also be joining the SEC in 2025.

When the Longhorns join the SEC, it will also mean the return of another major football rivalry: UT vs. Texas A&M. 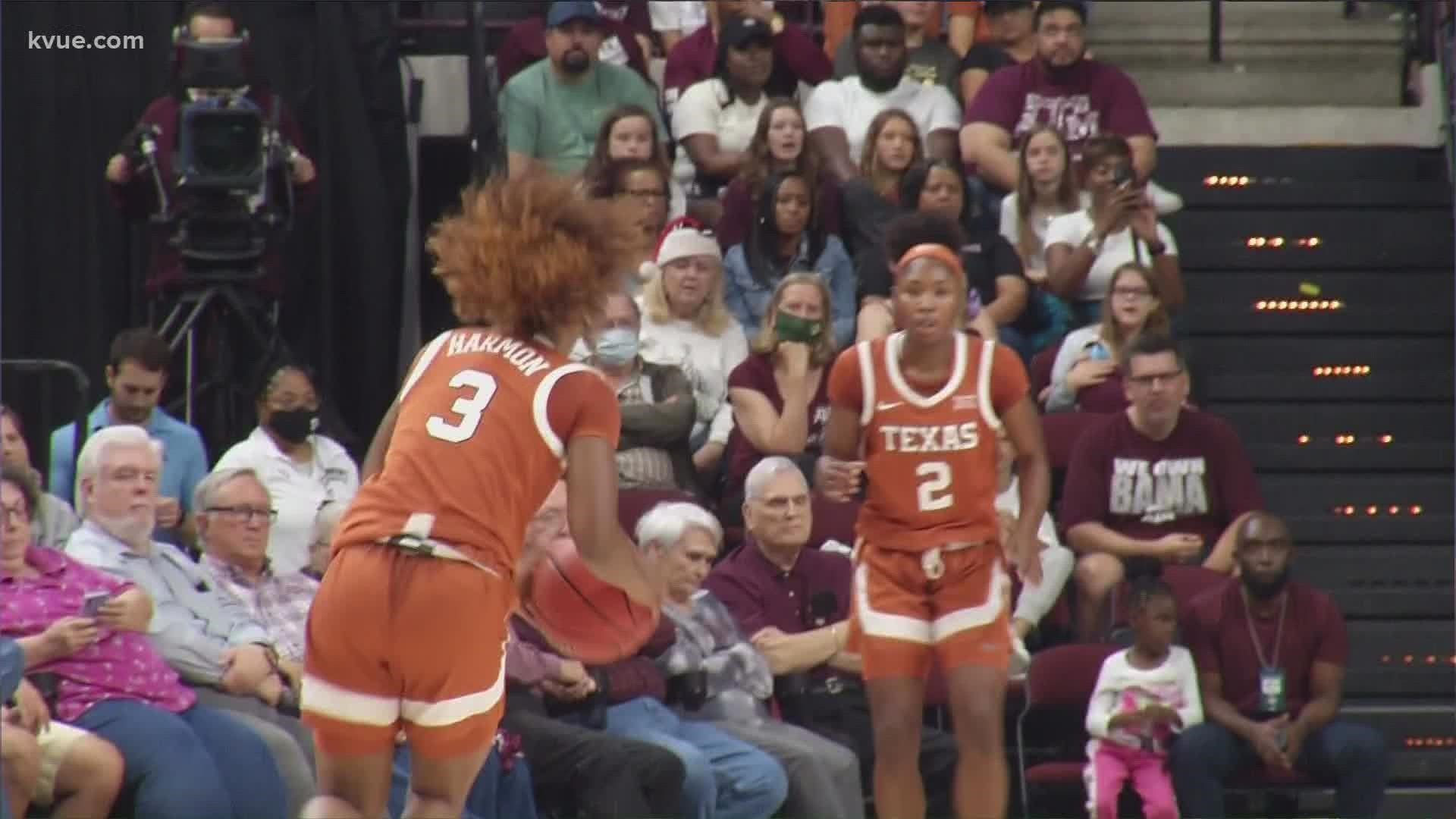