The first day of practice comes one day after it was announced that the team ranked No. 14 overall in the Amway Coaches Preseason Top 25 poll. 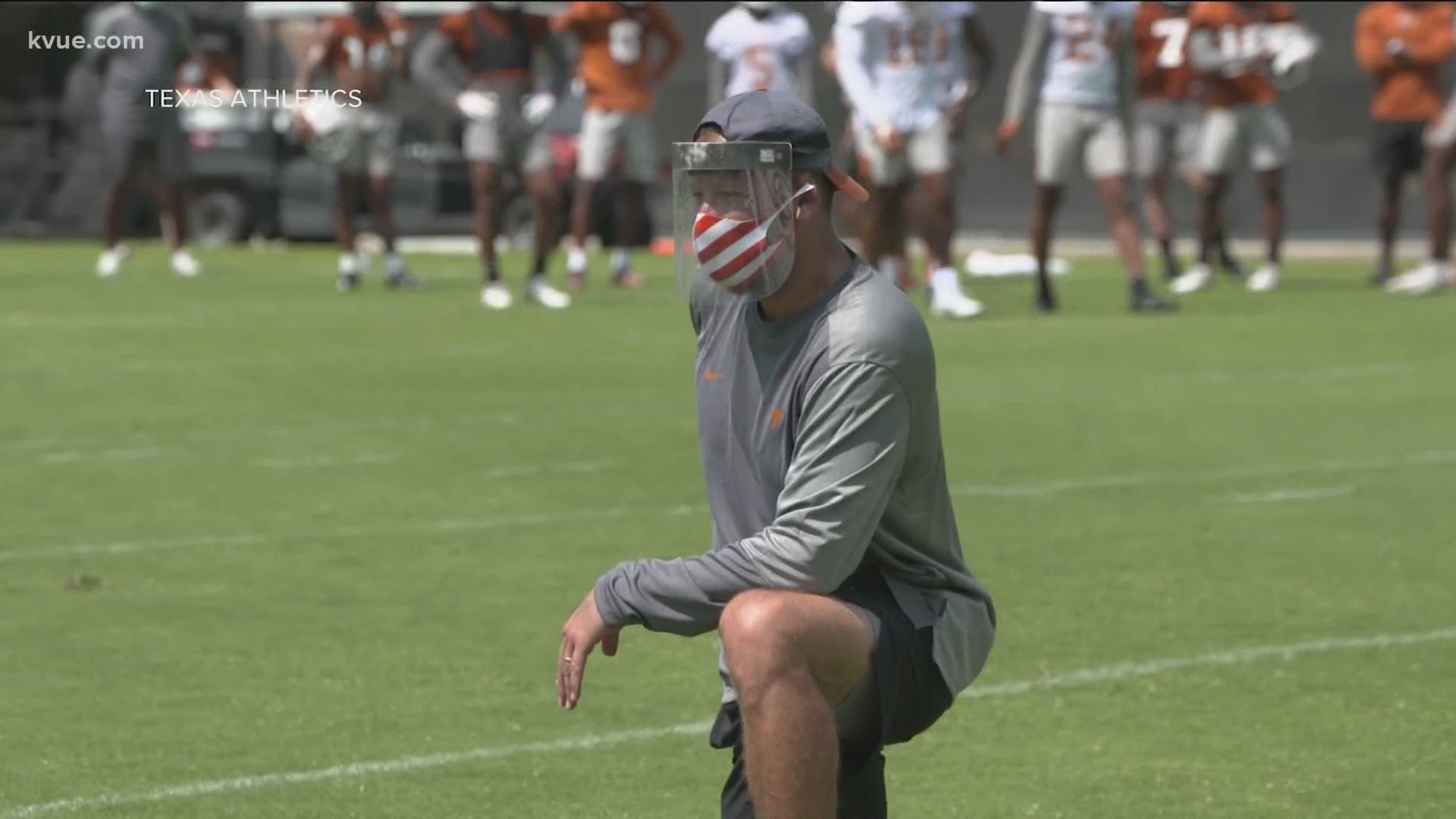 UT head coach Tom Herman told the media that the team's first practice "went great." Herman called the first practice a very important step in making football happen in 2020. He said the only issue with the first day of practice was that a few players cramped up.

The first day of practice comes one day after it was announced that the team ranked No. 14 overall in the Amway Coaches Preseason Top 25 poll. The ranking marked the second straight season that the University of Texas cracked the top 15, according to Texas Athletics.

However, questions surrounding the dynamics of college football in 2020 for the Longhorns, the Big 12 Conference and even the NCAA remain up in the air. The Big 12 board of directors on Aug. 3 announced conference football programs will play a “9+1” schedule for the 2020 season consisting of nine conference games and one non-conference home opponent.

UT's game against LSU had already been canceled after the SEC announced its own regulations, going to a conference-only schedule.

With the Big 12's scheduling announcement, UT will need to decide which of its two remaining non-conference opponents to keep on the 2020 schedule: South Florida or UTEP. As of Aug. 7, UT had not announced which non-conference game the program would stick with for its one non-conference game. Herman told the media an announcement regarding the Longhorns' first opponent should come by "end of this weekend or early next week."

Other questions about Longhorn football regarded what game days will look like during the COVID-19 pandemic, which also remains somewhat unanswered. UT released its coronavirus safety guidance and guidelines for game days, but the decision on capacity for fans at the stadium had not been decided as of Aug. 7.

Herman told the media Aug. 7 that running back Daniel Young was the only player on the team considering opting out due to the coronavirus. Young did not report to the first day of practice, but had participated in zoom meetings during the summer, according to Herman.

Daniel Young is the only Longhorn football player who is considering opting-out of this season due to concerns about contracting COVID-19, says Coach Herman.

Young was not at practice today, but participated in zoom meetings this summer. pic.twitter.com/3OGCc9Ljsh

Gov. Greg Abbott's latest order allows for 50% capacity in stadiums, but UT officials said it was exploring a model dropping capacity to 25% after local health authorities expressed concern for allowing nearly 50,000 people, or 50%, into Darrell K. Royal-Texas Memorial Stadium, which has a reported total capacity of 100,119 people.

Texas Athletics also announced Aug. 7. that it had administered 153 COVID-19 tests among its five on-boarded teams (football, men's basketball, women's basketball, volleyball and soccer) over the past three weeks of surveillance testing, which have resulted in no new positive test results.

Moving forward, UT said it has not and will not use COVID-19 liability waivers, a medical hardship waiver will be sought for any student-athlete who contracts COVID-19 and remains incapacitated for the duration of the season and student-athletes who are in-season would be tested twice per week.

Other updates coming from Texas today:

Medical hardship waiver sought for athletes that are sidelined for season due to COVID.

Football team will test at least 2 times per week once season starts.

With Texas Football, Soccer and Volleyball training camps kicking off this week, helping student-athletes stay healthy and manage the challenges of the COVID-19 pandemic continues to be top priority.https://t.co/g3K1mSjcJf

With all that said, football is officially back on the UT campus for the fall. For a look at the Longhorns 2020 schedule, click here.