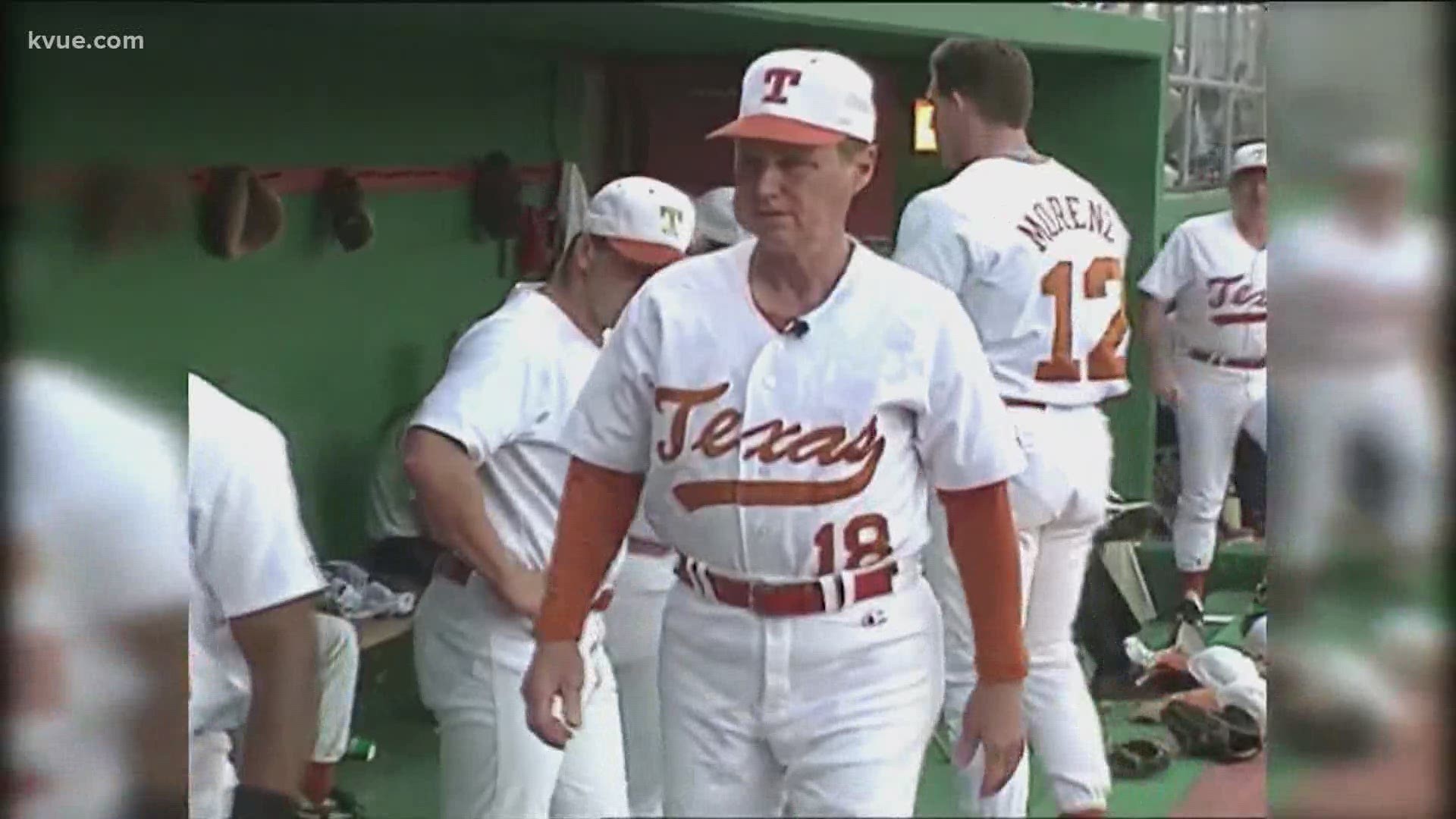 AUSTIN, Texas — Former Texas baseball coach Cliff Gustafson is showing "tremendous improvement" and his family is encouraged by his progress after he suffered a major heart attack earlier this week.

Gustafson, 89, had surgery on Wednesday and is recovering at Ascension Seton Medical Center, according to Kirk Bohls of the Austin American-Statesman.

As the winningest coach in Texas baseball history, support for Gustafson and his family has poured in.

“A lot of people are praying and thinking about him that’s for sure," said Ty Harrington, who played for and then later coached under Gustafson at UT. "I know text messages from my group of the 80s have gone on and on each day, everybody checking in to see how he’s doing."

"This gentleman helped so many people become men, not only great baseball players, but to become men, husbands and fathers," Harrington added. "He’s responsible for a lot of the great things that a lot of us have had the chance to do.”

Gustafson amassed over 1,400 wins in a Longhorns career that spanned 29 seasons.

He took his team to the College World Series 17 times and won two national titles in 1975 and 1983. He was twice named National Coach of the Year.

“He demanded a lot from you. When you look back later in your life and in your career, and even as you were going along, it pushed you to be better than what you probably would have been,” Harrington said.

Harrington said he'll always cherish his relationship with Gustafson, as he not only grew as a baseball player during his time on campus, but was inspired to become a coach himself.

“I learned how to try and simplify things," Harrington said. "I learned how to be consistent, or at least I tried to be. He was the same guy every day. You knew what you were getting, you knew who he was, what he stood for, what he believed in. I tried to take that same approach – the simplistic (approach), but the same person every day. It probably didn’t work out as well for me, but he was really the master of it that’s for sure."

Guided by the example Gustafson set, Harrington went on to become the most decorated coach in Texas State history.

“I think at the beginning of my career I tried to emulate him a lot," Harrington said. "What I found over time was, and this is meant as a compliment to him, I couldn’t do it ... He is one of the most intelligent men I’ve ever been around in my life. He was always a pitch, a moment, an out, two hitters ahead of everybody else.”