Yes, Texas still has a shot to make the Big 12 Championship. However, a lot of chaos needs to happen. 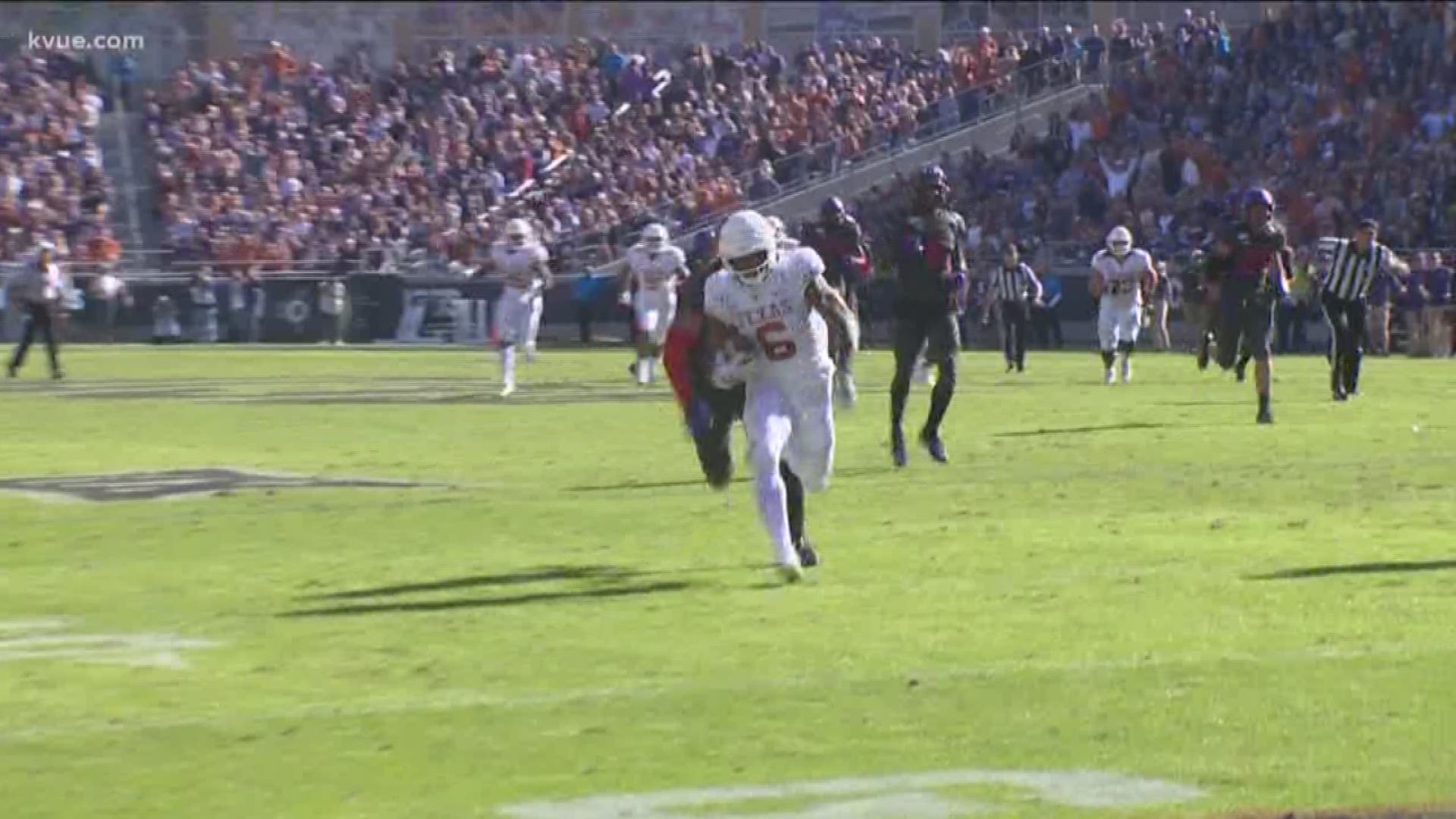 AUSTIN, Texas — The Texas Longhorns dropped their third conference loss of the season after losing to Iowa State, 23-21.

With that loss, Longhorn fans may be wondering: Do they still even have a shot at making the Big 12 Championship at this point?

The short answer? Yes, they do.

However, Texas does not control its own destiny and the team needs a ton of help in order to make that happen. After looking into the tiebreaker rules and conference standings, here is how the Longhorns can still make a run at the Big 12 title.

Let's get this out of the way: Oklahoma's schedule is irrelevant at this point for the Longhorns. Even if OU lost both of their final two games, while unlikely, the Sooners would still hold the head-to-head tiebreaker over Texas after beating them 34-27 in the Red River Showdown. Oklahoma would also win tiebreakers over the other Big 12 teams alongside Texas even if the Sooners lost out, given the scenario below plays out.

First, Texas has to win out, obviously. The Longhorns must finish 6-3 in Big 12 conference play to even have a shot. If they lose either of the next two games, they're out.

If only that were enough, but it's not.

Second, it's a good thing Texas and Baylor have not played yet. We already established that Texas must win out, which would hand Baylor its second conference loss of the season. Baylor would then have to lose its season finale on the road against Kansas, giving the Bears three conference losses and Texas would win the head-to-head tiebreaker in this instance. If Baylor beats Kansas, UT fans can kiss the Big 12 Championship appearance goodbye because the Bears would have only two conference losses compared to UT's three.

One more thing to note: Even though Oklahoma State is also tied with Texas in the Big 12 standings with three losses, the Cowboys could win out as well and Texas would hold the head-to-head tiebreaker over them since the Longhorns won that game 36-30. So, Oklahoma State's schedule is also meaningless to Texas' Big 12 title hopes.

I know, that may be a lot to digest. To illustrate that for you, this is what that would look like:

Here is the scenario where Texas wins out, Baylor loses out and Iowa State loses at least one of its final two games.

Here is a full explanation of the Big 12's tiebreaker process.