No more Big 12 Championship chances for the Longhorns in 2019. So, what's next for Texas? 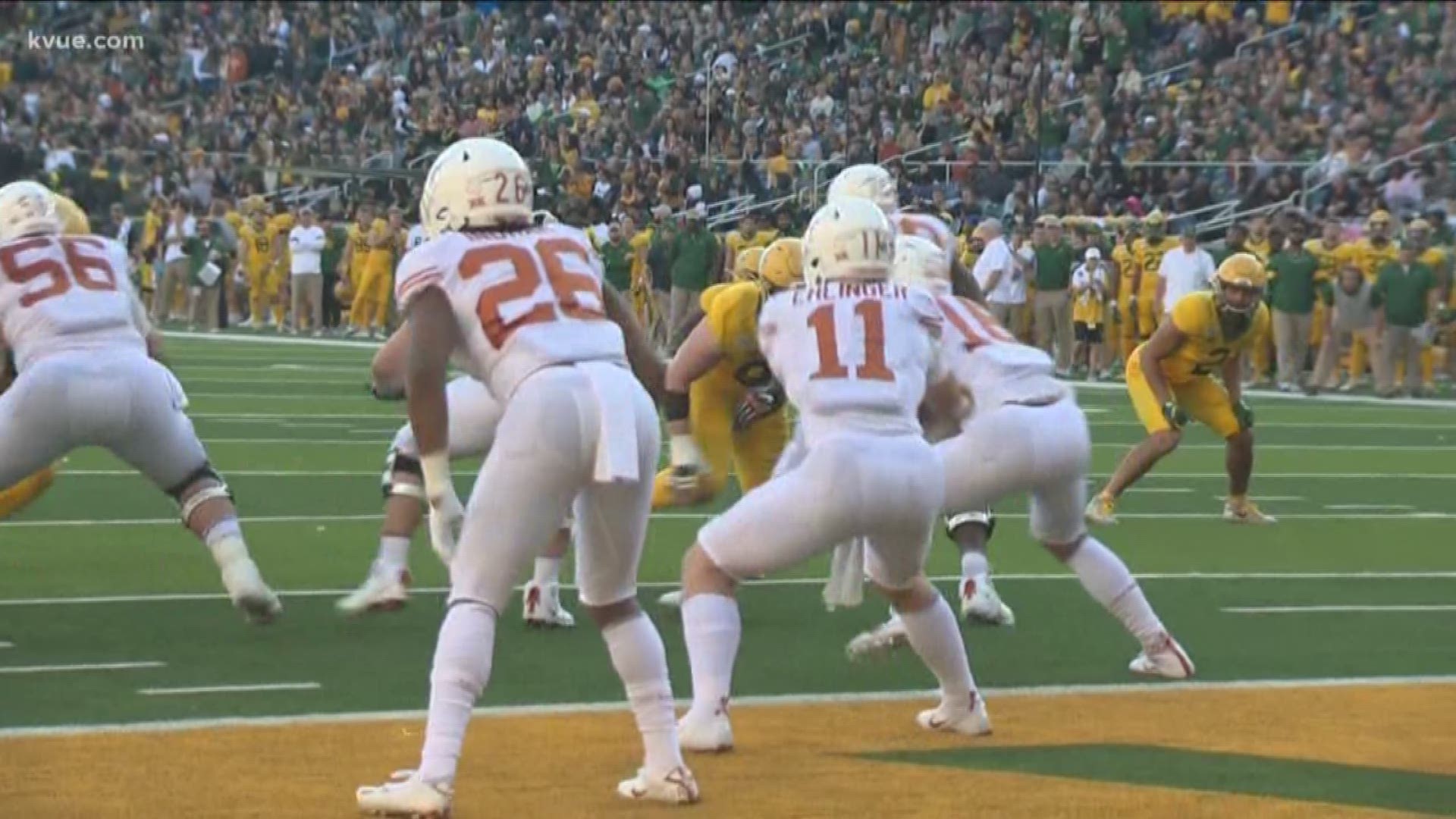 AUSTIN, Texas — After losing to Baylor 24-10 in Waco on Saturday, the Texas Longhorns were officially eliminated from potentially appearing in the Big 12 Championship game.

With that being said, what's next for the Texas Longhorns in the 2019 season? Well, they've already secured six wins, making them bowl eligible. The question remains, however, which bowl game they will be invited to and accept.

It's tough to tell at this point, but there are a handful of bowls which experts believe Texas will be playing in at year's end. You can read about those possibilities by clicking here.

The caliber of bowl game could potentially be effected by the result of UT's final regular season game against Texas Tech. The Longhorns face off with the Red Raiders on Nov. 29 at 11 a.m.

You may think "will one game really make a difference at this point"?

It might. Texas being 7-5 versus 6-6 may open up some more bowl invitations of "higher caliber" or just simply give the Longhorns a better selection of bowl invites to select from.

Looking at "what's next for Texas" in the long term is a little more sticky. The 2019 season has not gone the way most had imagined it would and has led to questions of where to lie the blame.

Texas head coach Tom Herman has continuously shielded the blame in the past month after losses and expressed that Texas fans have every right to be upset with the team's performance.

After the Baylor loss in particular, Herman fielded questions about the future of his assistant coaches' job security.

"The buck stops with me," Herman said. "We'll evaluate everything. We got a game in six days. I'm not going to comment about anything like that until after the season."

So, that question will remain unanswered ... for now.

Herman was asked in the Monday press conference before the Texas Tech game about if he's the right man for the job.

"I’m not shaken," Herman said. "I'm obviously in big-time evaluation mode of everything throughout our program. I’m not going to bury my head in the sand. It’s my job to make sure that we play to the level that is expected at the University of Texas. Am I the right man to do it? I believe I am … you’re asking me … did you expect that I’d say no and just walk off and just drop the mic or something (laughing)."

Texas will need to make quite a few changes though to address the fact that the team has lost at least five games in eight of the past ten seasons. And changes to address that issue won't happen overnight.