No. 15 Texas, Arkansas to meet in throwback matchup

The Razorbacks played Texas nearly 80 times before Arkansas switched to the SEC, and many of those battles played prominently on the national stage. 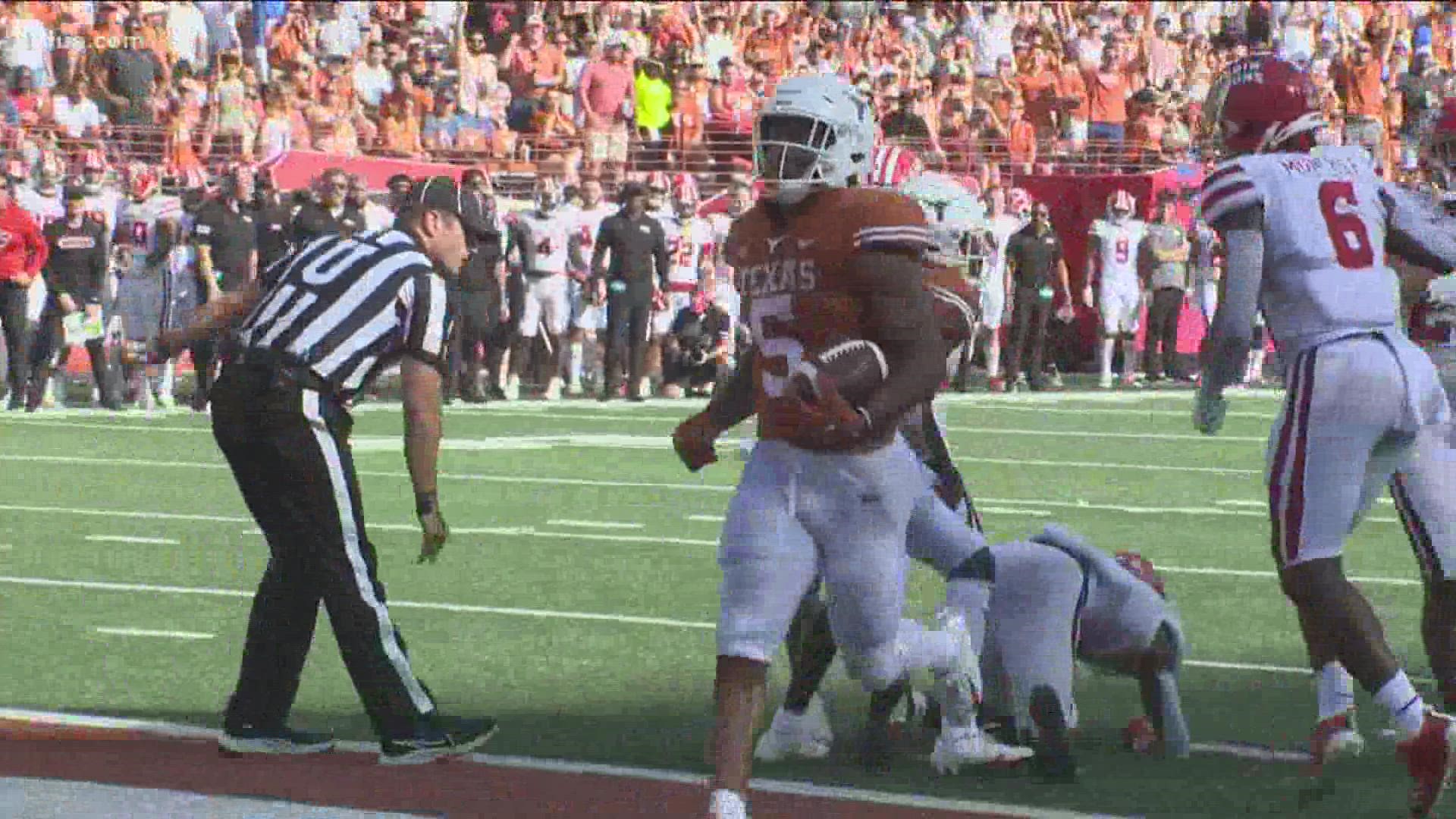 FAYETTEVILLE, Ark. — One of college football’s most storied rivalries ended 30 years ago when Arkansas left the Southwest Conference for the greener pastures of the Southeastern Conference.

The Razorbacks played Texas nearly 80 times before Arkansas switched, and many of those battles played prominently on the national stage. The most famous was The Big Shootout in 1969 when the Longhorns rallied late in the fourth quarter to edge the Hogs 15-14 and claim the national championship with President Richard Nixon in attendance.

Saturday’s game in the Ozarks won’t carry the significance of those great games of the 1960s, but the matchup with No. 15 Texas (1-0) will mark Arkansas’ first sellout since 2017 and is likely a preview of things to come once the Longhorns join the SEC in 2025.

“Pretty cool to think this is the 79th time these two schools have met” said first-year Texas coach Steve Sarkisian, who won his debut at home last Saturday against Louisiana-Lafayette. “We are old Southwest Conference foes. We obviously have a great amount of respect for Arkansas. They play hard, they are physical and they are tough. We know it’s going to be a hostile environment.”

Sarkisian has seen first-hand the atmosphere in Fayetteville as an assistant coach at Alabama. But even that likely won’t prepare him for the greeting he will receive when he trots onto the field in front of what likely will be the largest crowd in the history of Donald W. Reynolds Razorback Stadium.

Texas running back Bijan Robinson gives Sarkisian confidence. Robinson ran for 104 yards on 20 carries and scored a rushing and receiving touchdown in the 38-18 win last week.

Arkansas (1-0) is coming off a 38-17 home win against former SWC foe Rice. The Razorbacks trailed 17-7 at one point in the game before scoring 31 straight points keyed by two interceptions from safety Jalon Catalon that set up two short touchdowns.

Two Arkansas linebackers were ejected from last week’s game for targeting. All-America linebacker Grant Morgan played just a handful of snaps before he was tossed after a hit on Rice quarterback Wiley Green in the first quarter. Bumper Pool, the other starting linebacker, was ejected with a little over eight minutes left after a hit on a Rice receiver. Morgan will not have to sit out any of the Texas game, but Pool will miss the first half.

NOT SO SPECIAL TEAMS

Against Rice, Arkansas fumbled the opening kickoff, had a punt blocked and shanked another punt. The blocked punt led to a Rice field goal.

“I think we have to simplify and make sure we all know what we’re doing,” coach Sam Pittman said. “We read the demeanor of the guy instead of making sure that we blocked him. They weren’t trying to block the punt or anything, we just let a guy go. Certainly, we have to try and win special teams, and you talk about it all the time. You can’t win games getting punts blocked.”

Arkansas defensive tackle John Ridgeway, a transfer from Illinois State who had an appendectomy a week ago, is expected to play Saturday against Texas.

“He’s looked great,” Pittman said. “I’m not a doctor so I’m not sure how long it takes to come back from that surgery, but I do know that we were anticipating two weeks and it’s going be one week. He’s a tough guy and doesn’t seem to be having any pain from it at all after practice.”

Sarkisian was pleased with Hudson Card’s performance in his first start. Card completed 14 of 21 passes for 224 yards and two touchdowns and also ran for a score in the opener against Louisiana-Lafayette after winning the starting quarterback battle with Casey Thompson.

Sarkisian said he thinks Card will be able to handle his first road game on Saturday.

“His personality — he’s just an even-keel demeanor guy,” Sarkisian said. “This will be another new for him. I can’t predict the future, but we’re going to do everything we can to have him ready.”

Arkansas’ Trelon Smith rushed for 102 yards on 22 carries and scored a touchdown against Rice. He might find the going tough against a Texas defense that held the Ragin’ Cajuns to 76 yards rushing.