Colt McCoy threw two touchdown passes to tie a single-season record for freshman and Texas rallied to beat Iowa 26-24 in the 2006 Alamo Bowl. 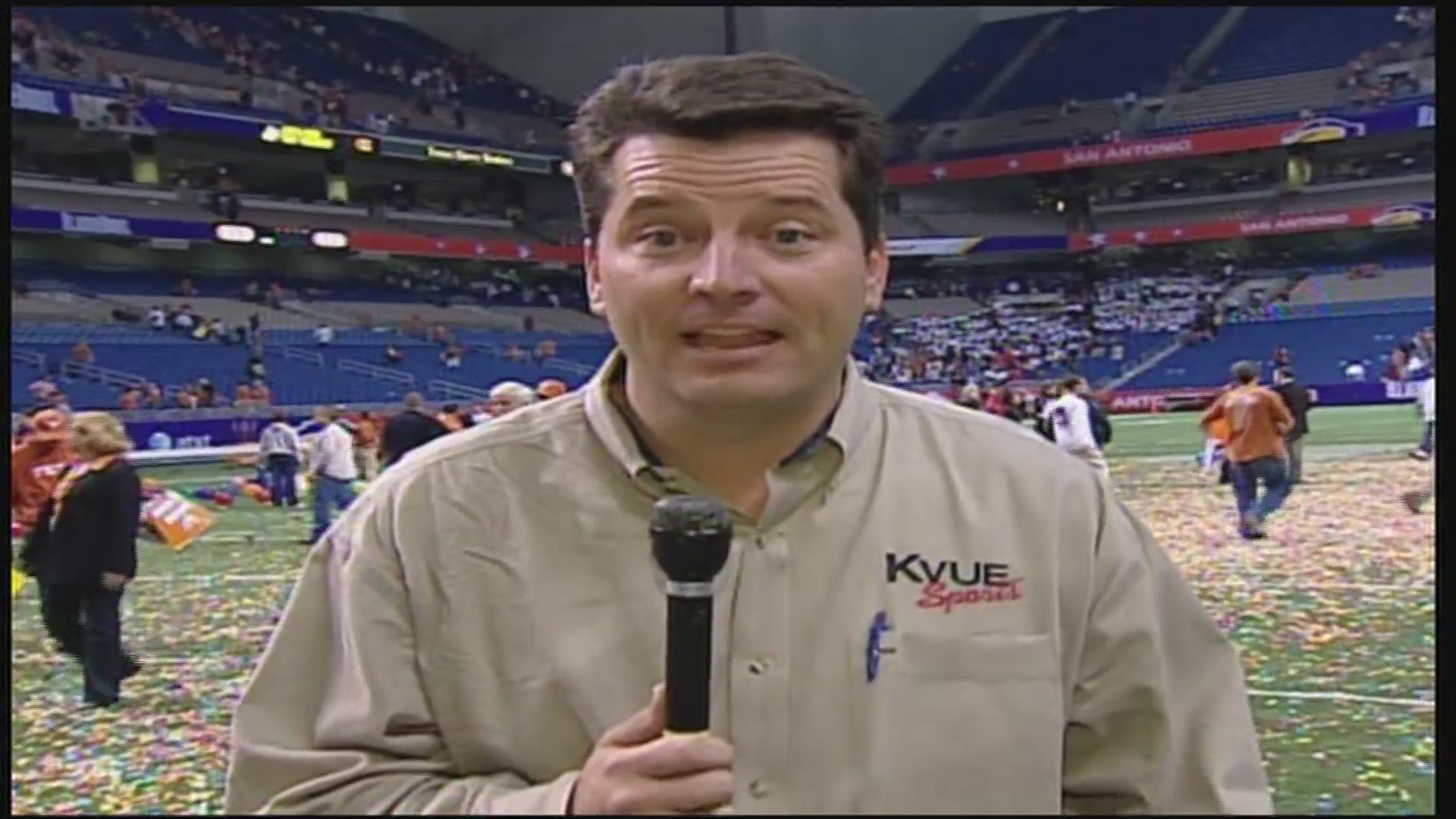 SAN ANTONIO, Texas — In Texas' inaugural appearance to the Alamo Bowl in 2006, the Longhorns held off the Iowa Hawkeyes to a nail-biting 26-24 win.

Texas was fresh off of the 2005 National Championship, but under the direction of a freshman quarterback: Colt McCoy.

So, how did Texas end up in the Alamo Bowl a year after hoisting the trophy?

You see, Texas was poised to make a run at another BCS National Championship, until the final two games of the 2006 season. UT was ranked fourth in the nation with its only loss of the season coming at the hands of No. 1 ranked Ohio State, 24-7. That was, until Texas ran into Kansas State and Texas A&M. Back-to-back losses to end the regular season dropped UT from No. 4 to No. 18 and slated the Longhorns for the bowl game located just down the I-35 corridor.

McCoy and the Longhorns entered the 2006 Alamo Bowl as heavy favorites, but were stunned early when Iowa opened up a 14-0 lead over Texas.

McCoy led the Longhorns offense to score 20 unanswered points and regain the lead, including a 72-yard touchdown pass to Jamaal Charles. Iowa ended the third quarter with a touchdown to take a 21-20 lead over the Longhorns headed into the fourth.

Ultimately though, it was a two-yard Selvin Young touchdown that gave the Longhorns the final edge. Iowa added a field goal with six minutes to go to narrow UT's lead to 26-24, but could not finish the comeback.

The bowl win would become one of McCoy's program-leading 45 wins (second most in NCAA history behind Boise State's Kellen Moore with 50).

"He stepped in a position replacing one of the best quarterbacks to ever play," Texas coach Mack Brown said. "To do that, and fight back and regain his confidence tonight shows just how tough Colt is."

In 2013, Texas suffered its first and only loss in any Alamo Bowl appearance, losing 30-7 to the Oregon Ducks.Click here for more on that game.