AUSTIN, Texas — Football is back in Austin. The Longhorns’ first game Saturday comes on the heels of a good year for the team and fans are gearing up for a promising season.

If you’re going to a University of Texas game, you have to look the part.

That means buying anything from T-shirts to longhorn hats to support your favorite team. Students will tell you the University Co-op is the spot the get it.

“This is normally where I come before I go to any football game,” said Laci Baker, UT student. 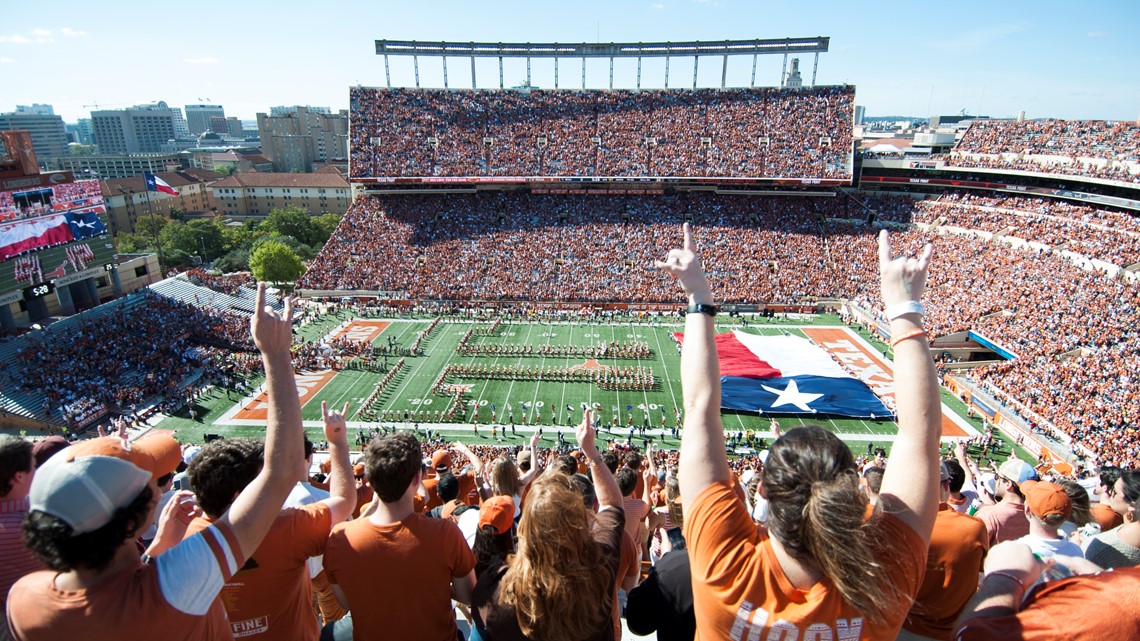 “We are selling thousands of jerseys and thousands of polos. I mean, it’s amazing what goes on through here,” said Cheryl Phifer, president & CEO of University Co-Op.

What’s adding to the sales? The team’s recent success.

Some would argue with the 2018 Sugar Bowl win was the best season they’ve had in a decade, positioning them in the top ten Coaches Poll.

UT will take on Louisiana Tech on Saturday for its first home game of the season and fans have high expectation for the year.

The game against Louisiana Tech will start at 7 p.m. Several people are going to be getting ready for it. More than 10,000 fans are expected to stop by The University Co-op just on game day alone.